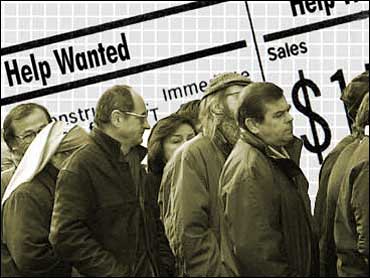 Congress sent President Bush legislation Friday extending a program that provides 13 weeks of emergency unemployment benefits to job-hunters who have used up their state aid.

The Senate's voice vote on the House-passed bill came quickly and without debate, with senators facing adjournment later today for a weeklong holiday recess. Mr. Bush is expected to sign the measure.

The federal program is scheduled to expire May 31, so Congress had to act this week to provide extra benefits for jobless workers who would exhaust state benefits starting in June. The bill extends the program through the end of the year.

Earlier, Republicans accused Democrats of playing political tricks in their failed attempt to win extra aid for more than 1 million long-term jobless workers not covered by the bill.

"This is nothing but political gamesmanship," said Sen. Don Nickles, R-Okla., chairman of the Budget Committee, noting that "we've already voted on it three times."

Democrats wanted to double the unemployment benefits in the GOP plan. They continued to accuse Republicans of caring more about tax cuts for the rich than helping jobless Americans.

Earlier Friday, the Senate passed a $350 billion tax-cut package. Republicans said it would boost the economy and help create jobs, but Democrats disagreed.

"This body voted for a tax bill today that provides billions for the wealthiest and not a cent for unemployed workers — not one dime, not one nickel, not one penny for those hardworking men and women who are suffering most from the economic crisis," said Sen. Edward M. Kennedy, D-Mass.

Republicans were angry that Democrats tried to get their plan included in a bill raising the federal debt limit. Senate leaders already had agreed to act afterward on a House bill that passed the night before that extends the federal jobless program through Dec. 31.

By using the House-passed bill, Congress was able to quickly send the $7.4 billion measure to Bush for his signature.

The measure provides 13 weeks of federal emergency benefits to people who exhaust their state benefits, generally after 26 weeks, starting in June.

Some jobless Americans in six states with higher unemployment would get 26 weeks of federal aid. Those states are Alaska, Oregon, Washington, Connecticut, Massachusetts and Pennsylvania.

Mr. Bush praised the House in a statement for "passing an unemployment insurance extension that will continue important additional assistance for American workers as our economy recovers."

The economy has lost 2.7 million jobs since Bush took office, and the nation's unemployment rate stands at 6 percent — 2 percentage points higher than the last year of Bill Clinton's presidency. About 8.8 million people remain without jobs.

Democrats, who think Bush and Republicans are politically vulnerable on the weak economy, said they had shamed House leaders into acting just before taking up $330 billion in new tax cuts.

"You did absolutely the minimum you could do and keep a straight face and put out your press release that you did something for unemployment," Rep. Jim McDermott, D-Wash., said in Thursday's debate.

Congress has acted twice on unemployment already, but not without political battles.

It passed the federal benefits program as part of an economic stimulus package last year, and extended the program in January as the first order of business of the new Congress.