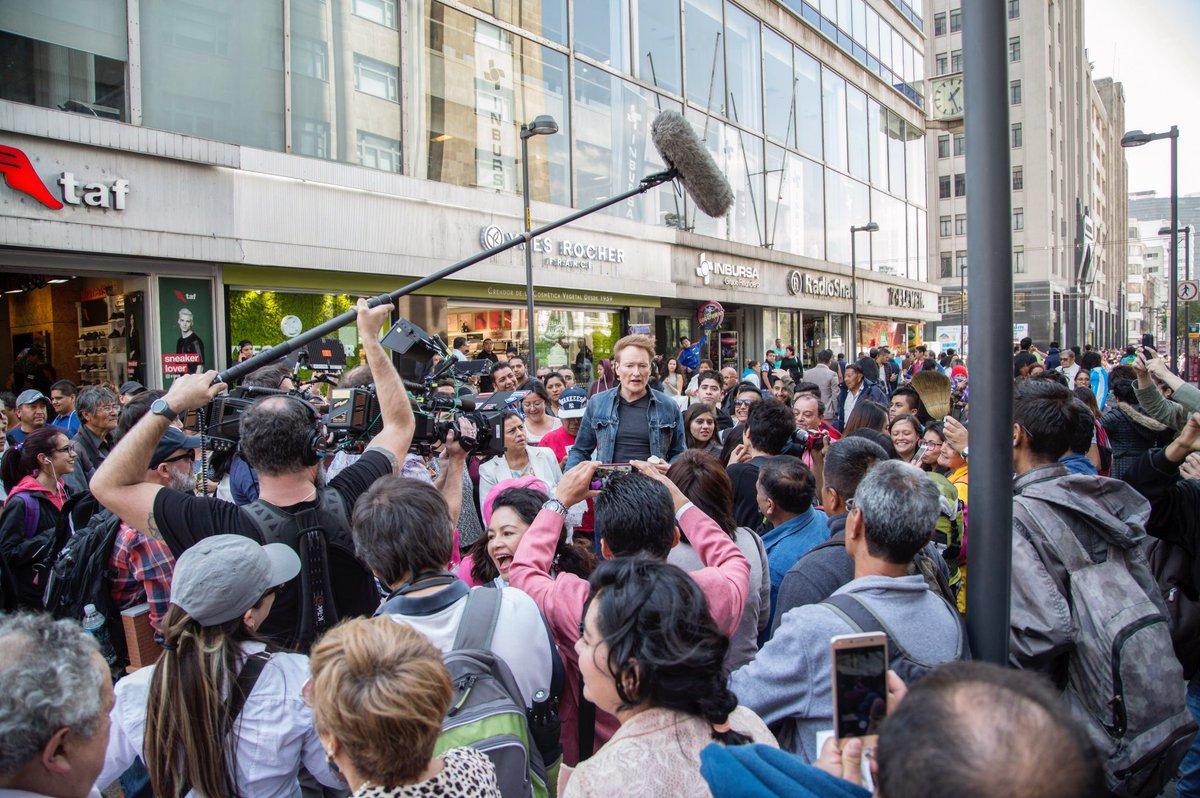 MEXICO CITY - Television host Conan O’Brien is drawing stares in Mexico, where he’s taping an episode of his show in a bid to “do something positive” after the tensing of U.S.-Mexico relations.

O’Brien arrived late last week and has spent part of his time in Mexico City strolling the streets, greeting people and trying the food.

On Monday he stopped by one of the city’s fancier taco restaurants and wound up trying hot sauce straight out of the bowl as restaurant patrons taped the scene on their phones. Some gasped “no!”

O’Brien doesn’t think his outreach marks a turning point in bilateral relations, but said “Everyone has to do their part.”