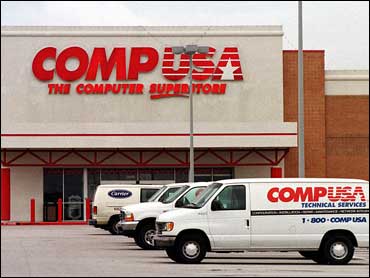 CompUSA operates 103 stores, which plan to run store-closing sales during the holidays.

Gordon Brothers will also try to sell the company's technical services business, CompUSA TechPro, and online business, CompUSA.com. It would be up to the buyers whether to continue the CompUSA name.

Dallas-based CompUSA has struggled for nearly a decade with falling prices on personal computers, its most important product, and competition from big-box retailers such as Best Buy.

The slowing growth in computer sales has affected other companies. Dell Inc.'s U.S. consumer sales fell 26 percent in the first half of this year, which could have accelerated the PC maker's announcement this week that it will sell machines at Best Buy.

CompUSA was founded in 1984 as software seller Soft Warehouse, then branched out into computers. It took on the CompUSA name and went public in 1991. It bought Tandy's Computer City chain.

Slim bought his first stake in the company in 1999 and took it private the next year in an $800 million buyout. The chain went through several CEOs and tried different turnaround strategies, such as a move this year to focus on core customers such as gadget lovers and small-business owners.

CompUSA closed more than half its stores this spring and got a cash infusion of $440 million to restructure.

During the wind-down, Weinstein and Stephen Gray, managing partner at CRG Partners, will run the company. The chain's current chief executive, Roman Ross, will serve in an advisory role, CompUSA said.