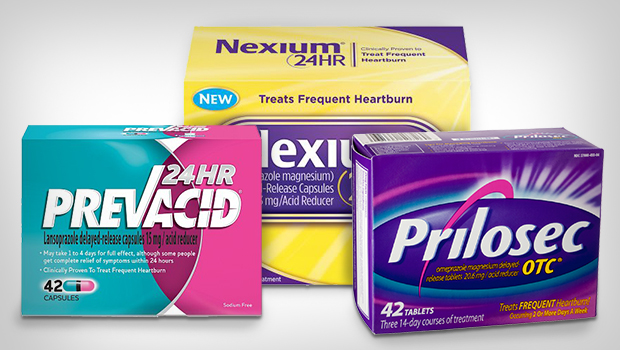 Long-term use of a common type of medication used to treat heartburn, acid reflux, and ulcers may lead to an increased risk of kidney disease and kidney failure, new research shows.

The study, published in the Journal of the American Society of Nephrology, adds to prior research that suggests proton-pump inhibitors (PPIs), a group of drugs which reduces gastric acid production, can lead to serious kidney damage.

The paper notes that an estimated 15 million Americans were prescribed PPIs in 2013, though the authors point out that the number is likely higher as many, including Prilosec, Nexium, and Prevacid, are available over the counter.

To assess the safety of these medications, the researchers analyzed information from the Department of Veterans Affairs national databases. They identified over 170,000 new users of PPIs and compared them to over 20,000 new users of histamine H2 receptor blockers, an alternative class of drugs also used to suppress stomach acid.

Over five years of follow-up, the results showed that 15 percent of people using PPIs were diagnosed with chronic kidney disease, versus 11 percent of those on H2-blockers.

After controlling for other factors, including age and other diseases, this translated to a 28 percent increased risk of developing kidney disease for PPI users.

Only a few patients in the study -- less than 0.2 percent -- developed end-stage kidney failure, but the risk was 96 percent higher for those on PPIs.

Researchers from Johns Hopkins University came to a similar conclusion linking use of PPIs to kidney damage in a study published earlier this year in JAMA Internal Medicine.

Both studies show an association and do not prove a cause and effect relationship, and the authors say other factors may be at play. However, they note that the results underscore an important point: "[patients should] use PPIs only when it is medically necessary, and should limit duration of exposure to the minimum necessary to treat the underlying medical condition," study author Dr. Ziyad Al-Aly of the Clinical Epidemiology Center at the VA Saint Louis Health Care System, told CBS News in an email.

Dr. Kenneth R. DeVault, president of the American College of Gastroenterology and chair of medicine at Mayo Clinic in Jacksonville, emphasizes that although the risk appears to be real, it is overall very low.

"Keep in mind that the study population was a veteran's hospital, a relatively older population that had lots of other diseases," he told CBS News. "One would have to assume if you were the average healthy person taking a proton pump inhibitor for heartburn the odds would be even lower than the low odds in this study."

Still, he said, the study provides further evidence that people who do not need the drug should not take it. Gastroenterologists are already cautious in prescribing PPIs, as they've been linked to other health problems, including bone fractures and an increased risk of infections like C. difficile.

DeVault recommends that patients who have been on PPIs long-term discuss stopping with their provider and not do so on their own. Typically, he said, doctors recommend patients with acute symptoms take the drugs for two weeks, while those with more substantial esophageal symptoms may need them for six to eight weeks followed by a reassessment.

He also emphasized that patients can take steps to ease heartburn symptoms through lifestyle changes. "Losing weight and avoiding eating high fat foods and avoiding eating late at night can be very helpful," he said. "If you can, elevating the head of your bed on six to eight inch blocks will really help a great deal."