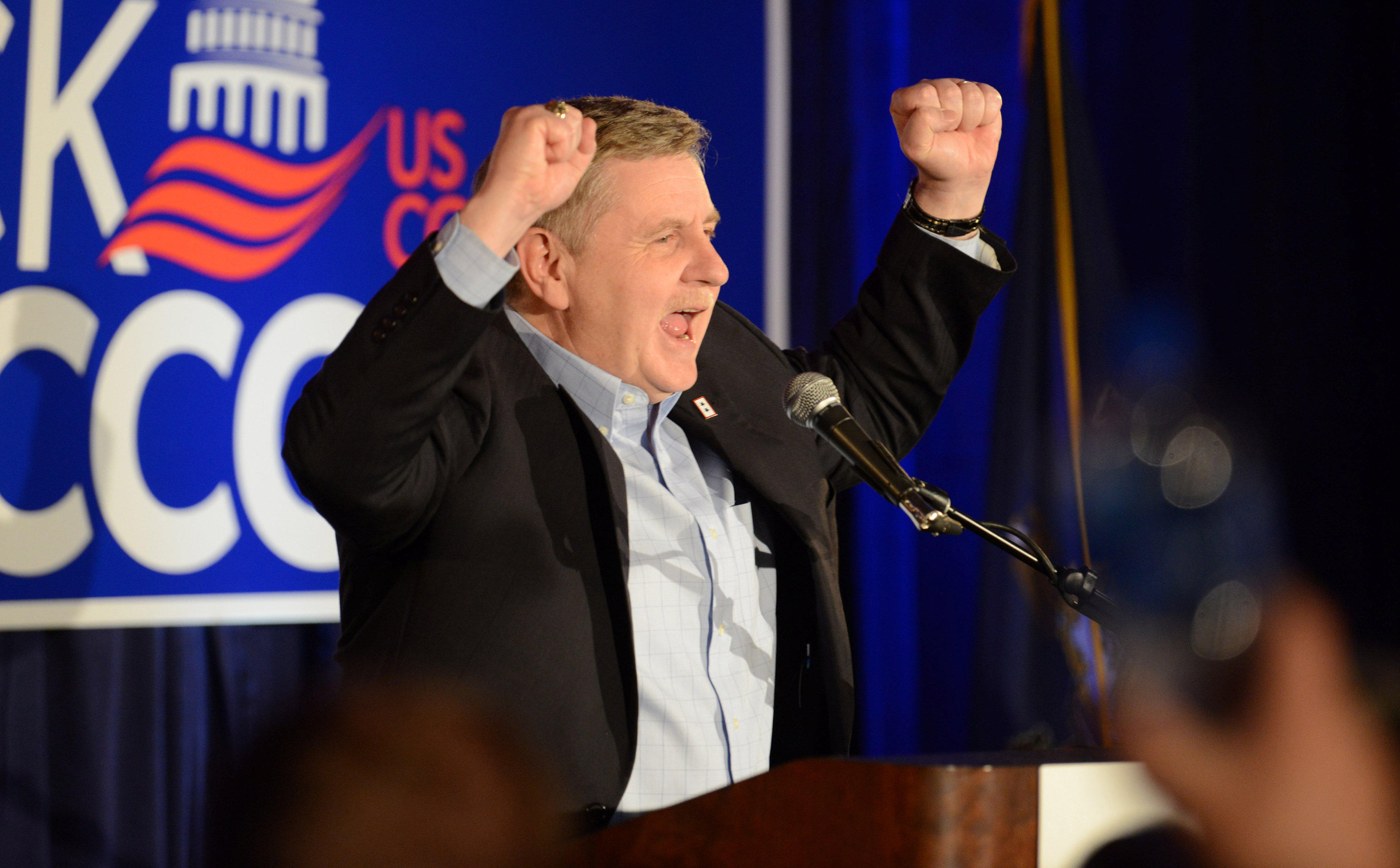 Are Democrats reading too much into Conor Lamb's upset victory in last week's special election? That's certainly the GOP spin.

To hear them tell it, Lamb basically ran as a conservative. And his opponent, Rick Saccone, was just a lousy candidate. Plus, it will be hard for Democrats to replicate Lamb's success, if only because the progressive grassroots typically rejects moderates of his stripe.

On closer inspection, however, the Republican argument starts to fall apart. Lamb's victory does indicate that the GOP is looking at a midterm bloodbath this fall, and they'd be smart to accept that reality now rather than later.

Lamb ran as a moderate on guns and an opponent of Democratic leader Nancy Pelosi, saying that he wouldn't vote for her for speaker. Fair enough. But he also embraced Obamacare, said that congressional Republicans would go after entitlements, and argued that the GOP tax cut was a giveaway to the rich. He ran, in other words, as a liberal, if in some respects an old-school one.

Many on the right have also made a big deal about Lamb's abortion stance, noting his insistence that, as a Catholic, he was personally opposed to the practice. But he also said he would vote against a 20-week abortion ban, which again places him firmly in the liberal camp. (As a sidenote, Lamb's "I'm against abortion, but" argument isn't exactly novel, having been boilerplate Catholic Democrat messaging for some 40 years now.)

Then there's Saccone, the man the GOP tried to blame for Lamb's upset. Here's the thing, though: while Saccone may have been a mediocre candidate, mediocre candidates win elections to the House all the time. The district he ran in was firmly Republican, going for President Trump by 20 points and Mitt Romney by 17. In the last two election cycles, the seat's Republican incumbent didn't even have a Democratic challenger.

So a guy like Saccone, who had a fine resume, plenty of outside cash, and touted himself as a strong Trump supporter, should have easily won the district. Yet he lost to a guy who ran -- in the heart of Trump country -- as a liberal. And to make matters worse for the GOP, Lamb campaigned directly against the tax cut that the GOP had hoped would give them a soft landing in November. If Republicans can't run on Trump's coattails, and they can't run on tax cuts, what can they run on in November?

It's also worth nothing that Lamb's victory didn't happen in a vacuum. December's special election in Alabama saw that deep-south state send a liberal Democrat, Doug Jones, to the U.S. Senate. Before that, there was the Virginia election in November that, defying polls a bit, became a blue wave that replaced a number of venerable Republican state lawmakers with progressives.

You would think that Republicans would be freaking out about all this. And privately, of course, they already are, which is a big reason so many of their elected officials are retiring.

Yet there is also a sense among the Republican faithful that Trump, despite his low approval ratings, will somehow bail Republicans out in November. Over at The Daily Caller, for example, my friend Chris Bedford has written a variation on this argument, saying "it's preposterous" that Democrats can replicate Lamb's success nationally.

But of course they can, because while it's certainly true that the Democratic Party is moving left in many ways, they're running a host of only moderately liberal candidates in November. This includes vulnerable incumbent Democratic senators like Joe Manchin and on Tester, as well as numerous House candidates who, like Lamb, have military and intelligence backgrounds.

Some on the left, predictably enough, aren't happy about the slew of centrist vets the Democrats are running. "If the Democrats capture a majority in the House of Representatives on November 6…candidates drawn from the military-intelligence apparatus will comprise as many as half of the new Democratic members of Congress," read an article on a socialist website that quickly made the rounds on progressive social media earlier this month.

This is not to say that every Democratic recruit from the military or intelligence services is a closet Republican. Some of them, in fact, are quite progressive. But at the same time, you are seeing Democrats tailoring themselves to their districts. They are not all running on platforms of amnesty, abortion, and assault weapon bans.

Then there's the enthusiasm gap, a fact that anxious Republicans often mention when they go off-the-record. Democratic turnout is up across the board in these recent special elections, a pretty sure sign that the party's rank-and-file are excited to vote, while a good number of Republicans have so far seen fit to stay home. As Nate Silver put it the other day, "the 16- or 17-point average Democratic overperformance in special elections so far suggests a Democratic mega-tsunami" come November.

Yes, it's still early. However, other than a somewhat superstitious belief that elections have become essentially unpredictable in the Trump era, there's really little reason to think the GOP will hold onto the House come November. Democrats, being Democrats, can probably find a way to screw it up. But right now, it would appear that they're doing everything they need to do to return Pelosi to the speakership.