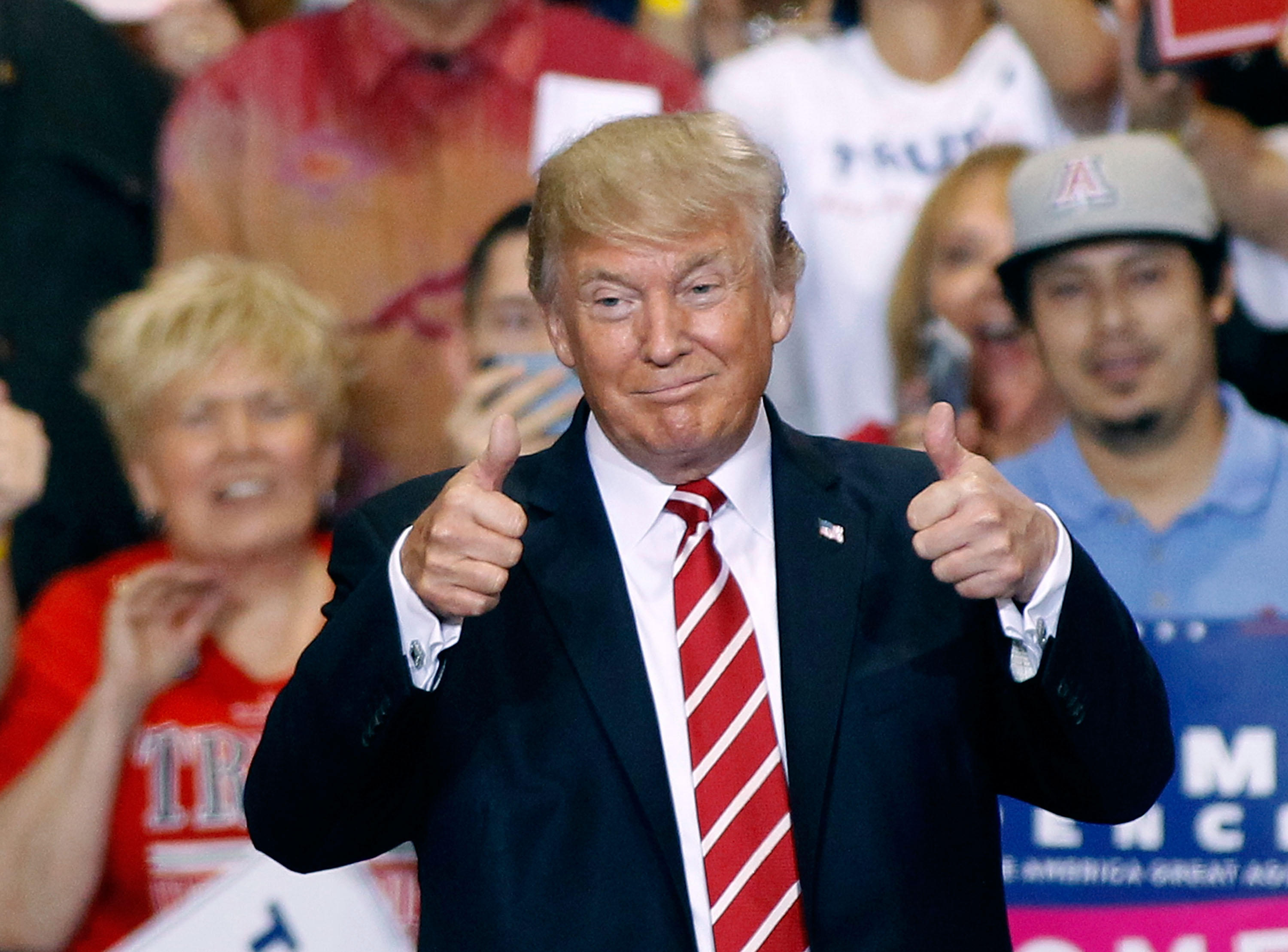 Donald Trump's first year in office has been, to put it mildly, a rocky one. But it can be argued that he's ending it on an upswing.

Congress is likely to soon pass a tax reform bill. Robert Mueller's "Russia Squad" is getting its first round of bad press. Judge Roy Moore is favored to win next week's Senate election in Alabama with Trump's support. The Supreme Court has acquiesced to Trump's travel ban for now (while it waits for the lower courts to rule). The Supreme Court also offers hope to social conservatives in the Masterpiece Cakeshop case, facilitated by Trump's appointment of Neil Gorsuch to the bench. The economy is booming. Blue-collar wages are on the rise.

Meanwhile, many of Trump's enemies are still harboring their go-nowhere fantasies of impeachment. This isn't to say that Trump's presidency couldn't still end in his removal from office. But even if it does, that day is still a long way off, and will likely depend on massive Democratic gains in next year's midterms.

There's more. The recent revelations concerning sexual harassment and abuse have somehow worked to Trump's advantage despite his own sordid history and the allegations against him. Numerous big-time Democratic lawmakers and Trump antagonists who have long portrayed themselves as champions of women have been revealed to be not only serial harassers but also hypocrites.

The wins, however, have less to do with Trump than the incompetence of others. Take last week's big news about Michael Flynn, who plead guilty to lying to the FBI and is now working with Mueller's team. Liberals hoped that this was a big move toward impeachment. The View's Joy Behar was ecstatic as she told her audience on Friday that Flynn had admitted to Mueller that Trump ordered him to talk to Russia during the campaign.

The only problem was that the story was wrong. Flynn talked to Russia after the election, which may have been unseemly given the circumstances, but it was also justifiable. Behar based her assertion on the now-debunked reporting of ABC's Brian Ross, who has since been suspended by the network. Trump's supporters, profiting off ABC's own-goal, were quick to start shouting again about "fake news" from the mainstream press.

And then there's the odd story of FBI special agent Peter Strzok. Mueller was forced to fire him in August because Strzok mocked Trump in text messages to his mistress, who happens to be another FBI employee. It turns out that Strzok also was a key player in the FBI's investigation into Hillary Clinton's private email server, and got James Comey to change how he characterized Clinton's behavior. Comey was originally going to call her "grossly negligent," a term that carries legal implications. Strzok changed that language to "extremely careless," and that's the language that Comey ended up using.

What affect will this have on the investigation? Perhaps none at all, particularly since Strozk was on Mueller's team only briefly. But it matters in terms of perception. Strzok made the FBI look hopelessly politicized, a regular accusation from Trump backers. And it made Mueller, long touted as the second coming of Eliot Ness, look like something other than untouchable.

Down in Alabama, Moore's heavily outspent campaign appears to be on the rebound and is now regularly leading in the polls. An astoundingly high number of Republicans in the deep red state, according to a recent CBS News poll, seem to have decided that the accusations against him were made up, despite the abundance of evidence against him.

Moore has always been a divisive figure in Alabama, and there's still a chance his Democratic opponent, Doug Jones, can pull off an upset. But that's looking less and less likely, in part because Jones is running as a stridently liberal candidate in a deeply conservative state. Once again, Trump and the GOP are benefiting from Democratic missteps.

There's an argument to be made that the GOP would be better off without Moore causing trouble in the Senate. And the tax bill appears to be extremely unpopular, although that could change should economic growth pick up in a serious way.

It's also important to note how unpopular the president himself is. His disapproval rating is at 62 percent, according to Gallup, which makes him significantly more disliked than Presidents Obama, Clinton, George H.W. Bush and Reagan ever were. His relationship with the Republican Congress is beyond dysfunctional. And, as the Trump ally Christopher Ruddy noted on Sunday, Mueller's investigation does represent an existential threat to his presidency, should the Russia Squad dig up something truly damning.

But, right now, Trump is having a good moment, and is heading into the holidays with something that almost resembles momentum.