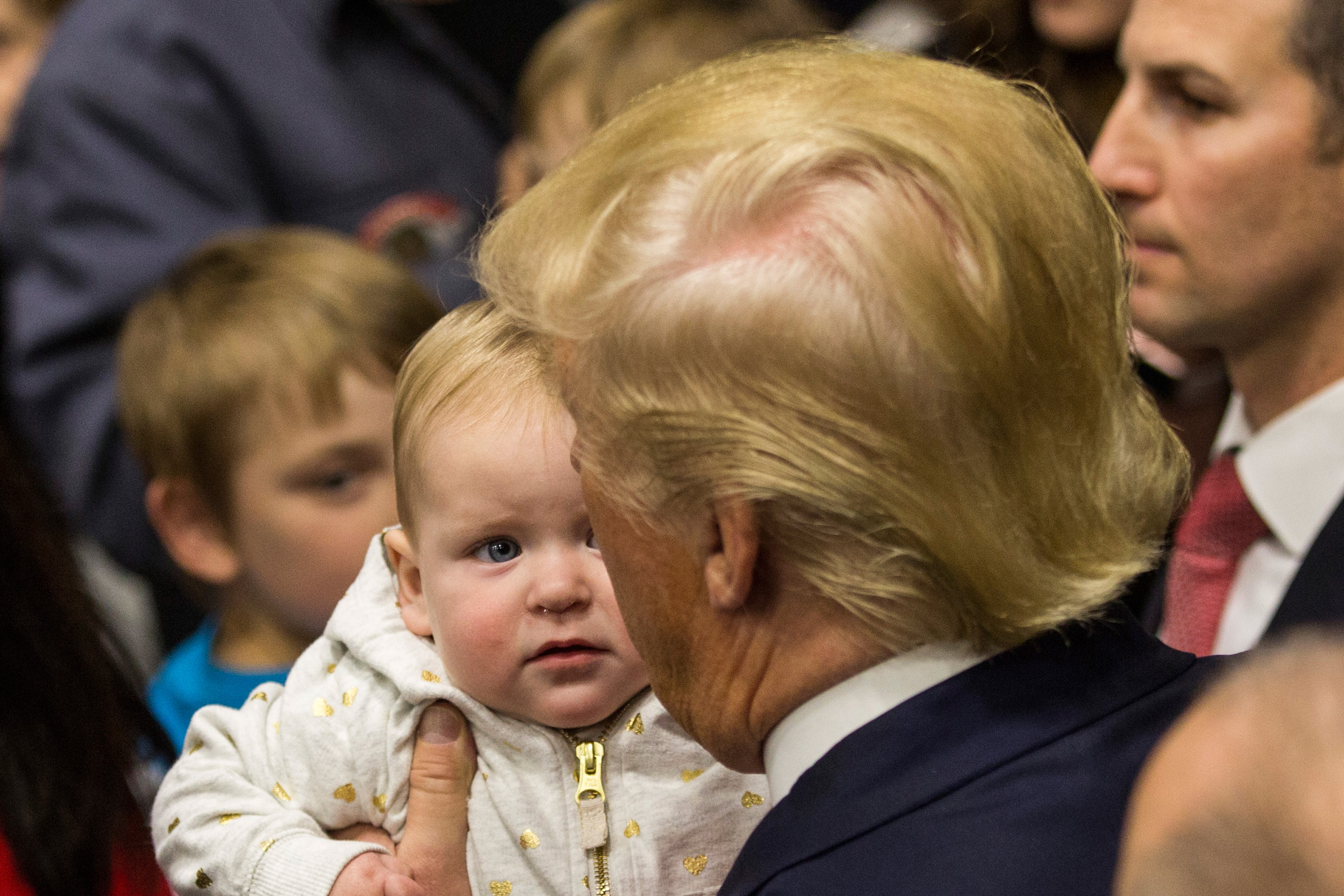 There was a certified Donald Trump scandal this week, and it had nothing to do with Russia.

I’m talking of course about the president-elect’s embrace of Robert Kennedy Jr. By benefit of his connections, wealth, and last name, Kennedy has become the most prominent “vaccine skeptic” in America, with the possible exception of Mr. Trump himself.

Kennedy left a meeting with Mr. Trump this week with a bit of a bombshell: That he had been offered the chairmanship of a commission to investigate vaccinations, and that he had accepted. Mr. Trump’s team pushed back a bit on that report, but at this point there can be little doubt that our new president is invested in pushing dangerous vaccine conspiracy theories into the mainstream.

This is a story that deserves much more attention than it has received. And the primary reason it hasn’t is that we in the political press are fixated on Mr. Trump’s relationship with Russia. The longstanding rumor in official Washington, one that’s been floating around for months, is that Moscow has dirt on him. Kompromat is what they call it in the intelligence community, a word so attractively sinister that we can’t help but keep repeating it.

The same day Kennedy met with Mr. Trump, Buzzfeed published the ur-text of the kompromat conspiracy: a document, put together by a retired British spy, filled with juicy unverified information about Mr. Trump, and suggesting that the Russians have video proof, which they are using to blackmail Mr. Trump.

It’s hard to say what’s true and what’s not, in large part because the evidence of Russian hacking that’s been made public so far has amounted to little more than a platter of nothingburgers.

In any event, Buzzfeed’s decision to publish the British spy’s “dossier,” curiously styled to read like an official intelligence report, provoked a fair amount of blowback. And fair enough, because what Buzzfeed did was irresponsible.

The decision to publish the unverified and likely unverifiable document, in the name of transparency, was understandable. As Buzzfeed noted, many journalists had taken a look at it, and there’s an argument that everyone has a right to see this kind of stuff, not only elite journalists.

But the message the document’s publication sent was troubling, which is that a lower standard of evidence will be required when writing negative things about the new president, and that it’s acceptable to treat him more harshly than the press would treat other commanders-in-chief.

It’s essential for the press to be adversarial with all elected officials, particularly the president – any president. But regardless of whether you like Mr. Trump, rewriting the basic standards of what should be published, as Buzzfeed did in this case, should trouble you.

If anything, it should worry you more if you dislike Mr. Trump, because an erosion of objectivity will only benefit him politically. It’s no secret that political journalists tend left, a fact Mr. Trump consistently exploits to sow doubt about the many credible news reports that raise real questions about his fitness for office.

Unremittingly hostile coverage will allow Mr. Trump to continue playing the victim, which clearly benefits him: I’m on the people’s side, the elites hate the people, so of course they hate me – just check out this trash in the newspaper, all lies!

Yet that might not be the worst concern, as we saw this week. Mr. Trump is a moving target, and obviously there’s a lot to question him about. At the same time, the press needs to realize that there’s a limited amount of information news consumers are able to process.

That means picking targets. And this unverifiable tale of Russian spies is precisely not the kind we should be choosing.

Mr. Trump gave a press conference on Wednesday, and sure enough, vaccines did not come up once. That’s not the fault of the reporters who were there – the Buzzfeed story, combined with the concurrent confirmation hearings, had gobbled up all the available bandwidth.

Still, it’s a shame, because the vaccine issue affects normal people a lot more than the supposed goings-on of the FSB. Spreading resistance to mandatory vaccinations, a phenomenon that’s largely been relegated to the far-left and far-right extremes, is thought to be responsible for an uptick in preventable diseases like measles, particularly among children.

Now we have a president-elect who subscribes to their conspiracy theories, and it’s easy to imagine his very vocal skepticism and embrace of people like Kennedy will make a bad situation worse. And it isn’t just Kennedy, either: Andrew Wakefield, the leader of the anti-vaccine movement, met with Mr. Trump during the campaign, and described their conversation in disturbingly positive terms.

“I found him to be extremely interested, genuinely interested, and open-minded on this issue, so that was enormously refreshing,” Wakefield told STAT, a health news journal, last month.

Many parents agonize over whether to vaccinate their children, and it should be the role of the government to make the right decision easier. There’s no evidence that vaccines cause autism, and even if they did in some small number of cases, vaccinations would still be necessary to protect the population at large.

This is particularly true when it comes to small children, the elderly, the malnourished, and the already sick – the kind of people for whom something like measles could be a death sentence.

It’s a truism in digital journalism – one that I believe was coined by Buzzfeed’s great editor, Ben Smith – the gist of which is that while the internet offers endless space for stories, readers do not have endless time. It’s part of the job of journalists to decide which stories are important, and which stories are less so.

The Russian blackmail story, should it ever be proven, may be the most important story of the century. But until we know a lot more than we do, it’s a safe bet that the new president’s coddling of vaccine deniers is a more immediate, and worrying, concern.