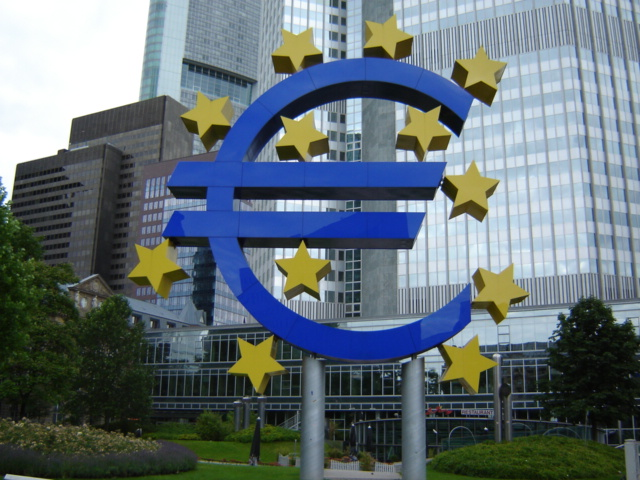 The eurozone is crumbling, Washington's feuding "supercommittee" is bumbling and U.S. consumer confidence is in the gutter. Can't anyone do anything right?

Actually, they can. Despite the economic pall settling over much of the globe, some countries are showing resolve and ingenuity in getting their houses in order. Here are two countries, each battered by separate financial crises, that offer vital lessons for Europe and the U.S. about how to spur economic recovery.

Iceland's economy melted during the financial crisis. Its leading banks collapsed, plunging the island nation into recession and miring the country in debt. In 2009 and 2010, GDP plunged nearly 11 percent (compared with 0.2 percent growth in the U.S. over that period).

Yet since receiving a $4.6 billion loan by the IMF in 2008, Iceland has recovered rapidly. The government nationalized the country's three largest banks, which had engaged in wild financial speculation. Creditors, not taxpayers, were forced to swallow most bank-related losses. It imposed capital controls to protect the country's currency. It tightened financial regulation.

Notably, Iceland's government also heeded public pressure to reject the kind of sharp spending cuts many European states have instituted and that are now stifling the region's growth. Indeed, Iceland increased, not cut, social benefits to citizens, with most of that aid directed to lower-income people.

As a result, the recession in Iceland ended in the second half of 2010. Private spending increased and exports began to rise. Through the first half of 2011, its once-crippled economy grew 2.5 percent. Wages rebounded, boosting people's purchasing power. Income inequality declined. And despite the bank seizures, which critics claimed would sow financial chaos, Iceland's sovereign debt is now stronger than that of, say, Ireland, which refused to nationalize its financial sector.

Analysis: Why Europe's economy hit a wall
Investor panic puts Italy on the precipice
Bring out your dead: The Greek flu is spreading to Italy

With Iceland's economy largely dependent on Europe, that recovery may be tenuous. Many households and businesses remain heavily in debt. Inflation is rising. The country's robust export sector, which has fueled the recovery, also could flag as pressure grows on the government to let the Icelandic krona appreciate. The IMF expects growth in Iceland to flatten over the next two years.

Still, Iceland has risen from the ashes more quickly than many expected. It did so by largely by rejecting the faulty economic idea that slashing debt would restore growth. As economist Paul Krugman said last month at a conference in Reykjavik, "Iceland zigged when all the conventional wisdom was that it should zag."

Lesson: The best route out of a recession is to boost, not slash, government spending and to put money in the hands of people most likely to spend it. Indeed, IMF research shows that distributing income more equitably fosters faster growth.

Another major takeaway that the U.S., in particular, would do well to learn: In a financial crisis, bank executives, shareholders and bondholders -- not taxpayers -- must take the economic hit.

Argentina fell into a deep recession in 1998, with things coming to a head three years later when Latin America's third-largest economy defaulted on its debt. By early 2002, GDP had tumbled roughly 5 percent. Since then, however, the country has staged a remarkable recovery. Between 2002 and 2011, its economy has expanded by 94 percent -- the fastest growth rate in the Western Hemisphere over that period.

In many ways, Argentina is a case study in how countries can bounce back from financial calamity -- and an object lesson for Greece and other weakened European countries whose creditors flatly reject default as a plausible economic option. As the Center for Economic Policy and Research, a Washington think-tank, recently said in a fascinating report on Argentina's swift rehabilitation:

Argentina's experience calls into question the popular myth... that recessions caused by financial crises must involve a slow and painful recovery. Argentina's financial crisis and collapse were as severe as that of almost any country in recent decades; and yet it took only one quarter after the default to embark on a rapid and sustained recovery.

Argentina sparked growth in several ways, according to CEPR. First, it bucked IMF pressure to repay its creditors in full, cut spending, raise taxes and slash social services. It's worth noting that this resistance put Argentina at odds with bondholders and global banks, the same financial interests currently banging the drum for Greeks and other eurozone states to swallow painful spending and wage cuts in order to bring down their debts.

Second, Argentina spent. Between 2002 and 2009, the country nearly tripled its investment in social services. It lifted spending on retirement, unemployment, health care and other welfare benefits. The government has also increased funding for various sectors of the economy, while cutting subsidies for profitable industries. Third, Argentina's central bank accepted higher inflation as the cost for stabilizing the country's exchange rate and sparking growth.

Here's the effect of those policies: Government revenue rose from 15 percent of GDP in 2002 to more than 23 percent seven years later, while unemployment declined from more than 16 percent to just over 7 percent today. Although Argentina's economy shrank at total of 1.8 percent in late 2008 and early 2009, during the worst months of the financial crisis, it snapped back to grow at an annualized rate of nearly 9 percent over the next 10 quarters. This year, GDP is on track to expand 8 percent.

Argentina also has made huge strides in other ways. Infant and child mortality are down dramatically. Since 2001, the percentage of people living in poverty has fallen by two-thirds. Income inequality has decreased, driven down in part by higher transfer payments to the poor.

As CEPR notes, Argentina still faces challenges. Inflation has surged since 2007 and is running above 20 percent (although that has been partially offset by rising wages, fuller employment and better income distribution). The government's move to shore up the peso against the U.S. dollar has hurt exporters.

Yet there is no denying Argentina's impressive turnaround, with voters there last month re-electing President Cristina Fernández de Kirchner in a landslide victory.

Lesson: Even optimistic forecasts acknowledge that austerity policies in Greece and other feeble eurozone economies are likely to cause years of economic hardship, with no guarantee of a rebound. By contrast, Argentina's path to recovery shows that defaulting on debt doesn't necessarily spell disaster, especially if it keeps creditors at bay.