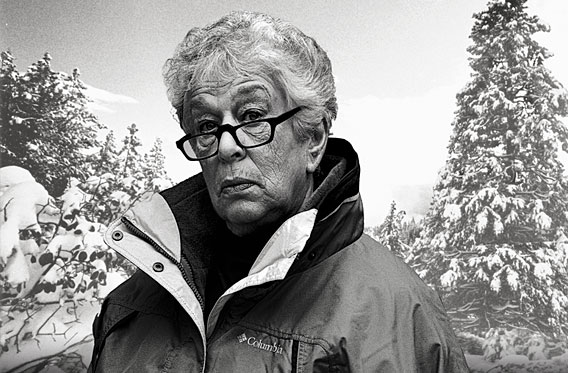 Nestor Gabriel Caballero Gutierrez, the ringleader of the failed plot, asked for her forgiveness, saying it was a bad decision by "three desperate idiots. He said he wanted Boyle to know that he and two co-defendants weren't a band of criminals. He was sentenced to 14 1/2 years in prison.

The 87-year-old Boyle was approached at her West Linn home last November by a man offering a gift basket who pulled a gun. Boyle was able to trigger a silent alarm, bringing police.

Boyle didn't appear at Thursday's sentencing but released a statement through her attorney, saying the three defendants "caused me to suffer indignity, violence and indescribable fear." She added that her life was forever changed by the incident.

Presiding Judge Robert Herndon told Caballero that the plot was "a completely lame-brained scheme." He described Boyle as an Oregon and American icon.

"It couldn't have been worse if you tried to kidnap Santa Claus," Herndon said.

According to the terms of a plea agreement, the 47-year-old Arevalo will serve almost six years in prison, and the 42-year-old Midence will serve 9 1/2 years. The plea bargains eliminated the need for Boyle to testify in court.