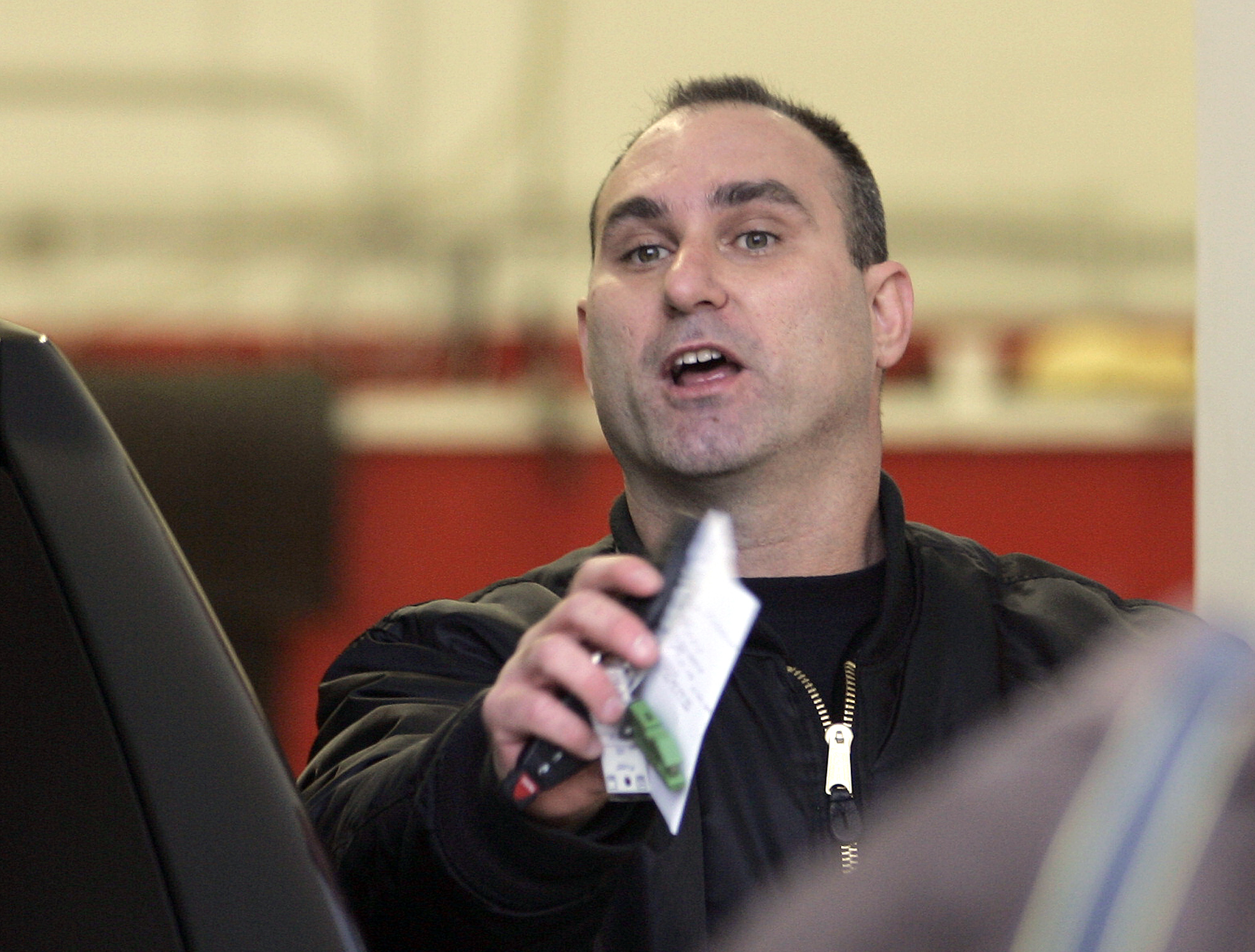 (CBS/AP) WASHINGTON - Trying to explain why his book suggested one thing and his testimony said something else, convicted drug dealer Kirk Radomski held up a copy of his 246-page tome called "Bases Loaded" while on the witness stand and gave as good as he got from one of Roger Clemens' lawyers.

"Did you ever write a book?" said Radomski, who then issued a challenge to attorney Michael Attanasio. "Write a book! See how they turn things."

Clemens' legal team used the book Wednesday to try to raise doubts about an old, torn label that Radomski said was used for a shipment of human growth hormone to Clemens' home about 10 years ago. Clemens' Houston address is on the label — a seemingly tangible connection between the seven-time Cy Young Award winner and performance-enhancing drugs — and the name on the label is that of Brian McNamee, Clemens' former strength coach.

McNamee, whose much-anticipated testimony is expected soon, has said he injected Clemens with steroids and HGH. Clemens, a former standout baseball pitcher, is on trial for allegedly lying to Congress in 2008 when he denied using either substance.

Federal agents failed to find the torn label when they searched Radomski's house in 2005. Radomski said he discovered it about three years later, under his bedroom television set along with some other shipping labels and autographed photos of Clemens and Clemens' former teammate, Andy Pettitte.

"I have no idea how they got there," said Radomski, theorizing they most likely slid under the TV at some point.

Attanasio wasn't buying it. He read aloud a passage from "Bases Loaded: The Inside Story of the Steroid Era in Baseball by the Central Figure in the Mitchell Report" — a first-person book about selling steroids to professional baseball players. The book helped pay off Radomski's debts. Concerning the label with Clemens' address, the book states: "I'd obviously hidden it there when I began to worry that the government was going to come after me and had then forgotten about it."

Asked on Wednesday if he had hidden the label, Radomski insisted: "I didn't hide nothing." He went on indicate that some things in the book are exaggerated or overdramatized because he was told he needed nuggets that "would sound good."

The agent who led the search of Radomski's home testified earlier in the trial that no one looked under the TV set because there was so much evidence — 18 boxes' worth — lying out in the open.

Radomski, a former New York Mets batboy who became a drug supplier to major league players and then a cooperating witness after he got caught, said the shipment to Clemens' house was for two kits of HGH with "about 50-100 needles." He estimated it was sent in 2002.

The label displayed in court reads "Hold for B. McNamee" and doesn't mention Clemens. But, in his book, Radomski incorrectly wrote that the label said: "Brian McNamee, c/o Roger Clemens."

"That was a lie," Attanasio said.

Radomski responded that it wasn't a lie, because he might have written Clemens' name on the box underneath the label. When Attanasio suggested that part of the book was inaccurate, Radomski agreed: "That's not correct in the book."

Radomski testified that he received a $500,000 advance for the book and after he paid the ghost writer, agents, and attorneys he only received $195,000, CBS News producer Traci Caldwell reports.

Also Wednesday, the government countered Clemens' attempt to strike the testimony of Pettitte.

Pettitte testified last week that Clemens told him he had tried HGH, only to say under cross-examination that he might have misunderstood Clemens. A defense motion on Monday had argued that Pettitte's testimony had "all the weight of a coin flip" and asked that the jury be instructed not to consider the conversation between the two pitchers.

The government said in a written response that Pettitte agreed that a chart introduced during the trial showing a timeline of events was "true and accurate." The chart indicated that Clemens acknowledged using HGH to Pettitte during the 1999-2000 offseason. Prosecutors also said the jury must be allowed — "if it desires" — to credit Pettitte's initial testimony and "discount any cross-examination inconsistencies."

Walton hasn't said when he'll rule on the defense motion about Pettitte's testimony.

Walton on Tuesday told prosecutors to move the trial along because it had become "boring" and the jury was "fed up."

The point was reinforced Wednesday when he dismissed Juror No. 11, who "has on several occasions been sleeping," according to the judge. CBS News producer

During jury selection, the juror, an unemployed man in his 20s, said he'd rather be sleeping than be in court but promised to be "wide awake" if selected. His departure leaves 15 jurors, including three alternates.