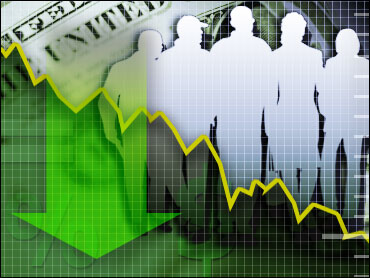 Colorado will become the first state to reduce its minimum wage because of a falling cost of living.

The state Department of Labor and Employment ordered the wage down to $7.24 from $7.28. That's lower than the federal minimum wage of $7.25, so most minimum wage workers would lose only 3 cents an hour.

Colorado is one of 10 states where the minimum wage is tied to inflation. The indexing is thought to protect low-wage workers from having flat wages as the cost of living goes up.

But because Colorado's provision allows wage declines, the minimum wage will drop because of a falling consumer price index. It will be the first decrease in any state since the federal minimum wage law was passed in 1938.

"We can't see that there would be any other option" except lowering the wage, department spokesman Bill Thoennes said Tuesday. He said there will still be a public hearing on the question in early November, though the drop appears inevitable. The lower wage will take effect Jan. 1.

Advocacy groups for the poor have been warning of the wage drop since August, when the consumer price index for the Denver area was released. The index fell 0.6 percent between the middle of 2008 and the middle of 2009, mostly as a result of falling fuel prices.

Other states with adjustable minimum wages have seen their consumer price indexes fall, such as Ohio. But Colorado is one of the few states where the law is interpreted to mean the wage can fall. Other states are planning to keep wages flat.

In Florida, deflation would reduce the minimum wage to $7.21, but the state's minimum wage already matches the federal wage, so Florida workers' paychecks won't change.

Other states with minimum wages that rise with inflation are Arizona, Missouri, Montana, Nevada, Oregon, Vermont and Washington.

Colorado voters approved an adjustable minimum wage in 2006. Supporters of that amendment said they did not intend for wages to fall, but the provision allowing it to fall was crucial to its passage. They have pointed out employers of the estimated 50,000 to 70,000 Coloradans making minimum wage are free to leave wages flat.

Ben Hanna, Colorado organizer for the Association of Community Organizations for Reform Now, or ACORN, said the difference is small but significant for poor workers.

"I can't imagine many employers would see this as an opportunity to lower wages," Hanna said in August.