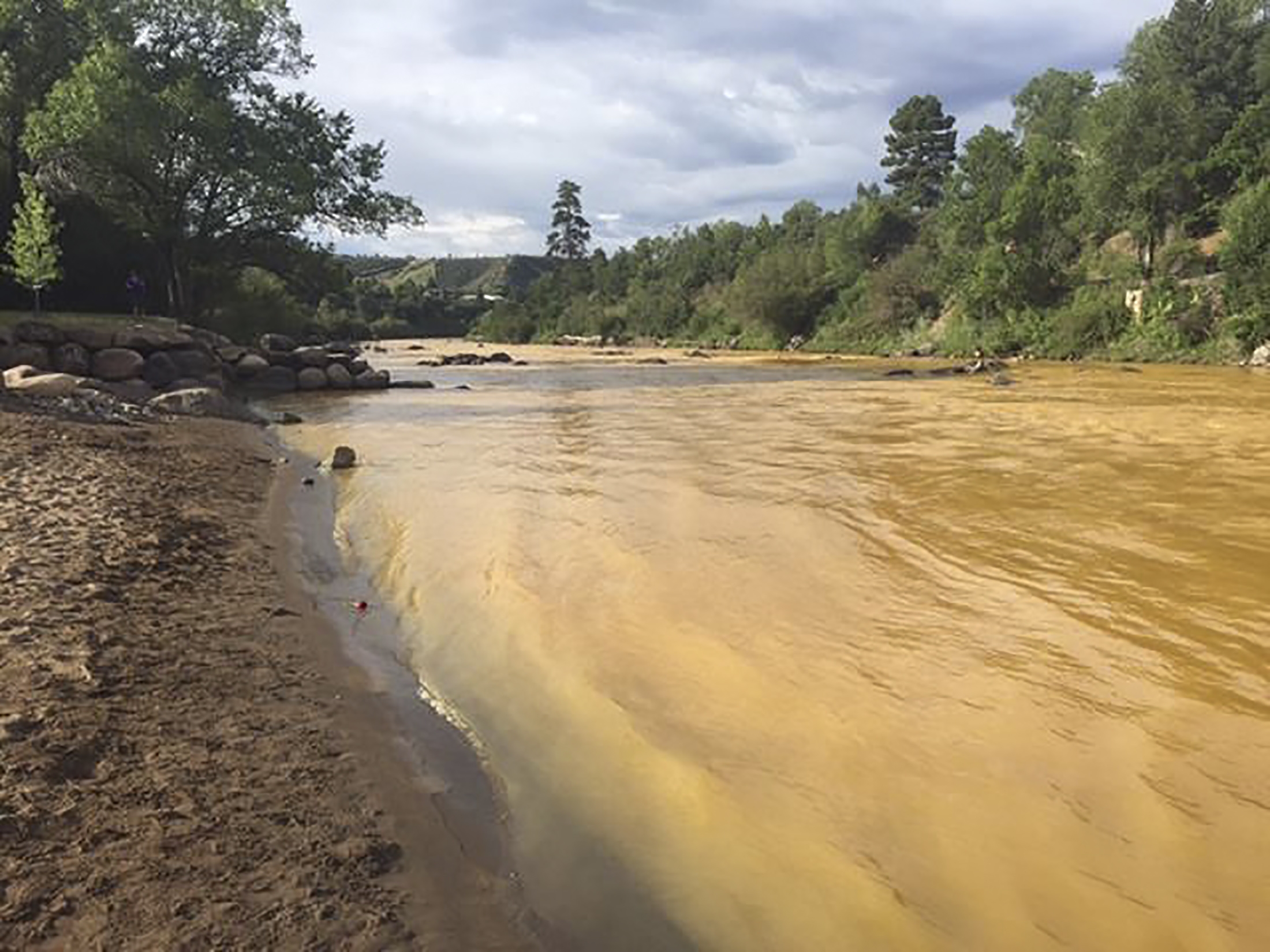 DENVER -- The Environmental Protection Agency says the mine waste spill into Colorado waters is much larger than originally estimated.

But an EPA official said Sunday that she doesn't believe wildlife will suffer significant health impacts from the wastewater from an abandoned mine in southwestern Colorado.

The agency said the amount of heavy-metal laced water that leaked from the Gold King Mine into the Animas River, turning the water a mucky orange and then yellow, is three times larger than its initial estimate.

The EPA now says 3 million gallons of wastewater spilled Wednesday and Thursday, instead of 1 million. The revision came after the EPA used a stream gauge from the U.S. Geological Survey.

CBS Denver reports that Governor Hickenlooper is preparing a state of emergency for the areas in southwest Colorado along the Animas River. Both the town of Durango and La Plata County have already issued their own emergency orders.

The agency has so far been unable to determine whether humans or aquatic life face health risks. However, EPA toxicologist Deborah McKean said the sludge moved so quickly after the spill that it would not have "caused significant health effects" to animals that consumed the water.

The discolored water from the spill stretched more than 100 miles from where it originated near Colorado's historic mining town of Silverton into the New Mexico municipalities of Farmington, Aztec and Kirtland.

"I'm here on my property and I cannot shower, I cannot cook, I cannot do anything with the water from my water well," Farmington resident Rosemary Hart told CBS News correspondent Mireya Villarreal.

The leading edge of the plume was headed toward Utah and Montezuma Creek near the town of Bluff, a tourist destination. The town, which is populated by a few hundred people, is surrounded by scenic sandstone bluffs.

To keep water flowing to homes, the residential tank in Halchita has been filled with clean water hauled 40 miles from Arizona.

Back in Colorado where the spill started, the EPA planned to meet with residents of Durango, downstream from the mine. The EPA water tests near Durango are still being analyzed.

The EPA has not said how long cleanup efforts will take. An EPA-supervised crew trying to enter the mine to pump out and treat the water caused the spill.

Without solid answers on whether the water is safe, many residents and top officials are still concerned, CBS Denver reports.

"My water well is 50 feet from the Animas River, and we're awaiting the results like many of you," said Sheriff Sean Smith at Sunday night's public meeting.

The images of the tainted river have Durango residents like Joe Genualdi worried.

"It's already hard enough to catch fish in the Animas, and this stuff, it's definitely not good for them," Genualdi told CBS News. "It's going to kill a lot of fish off."