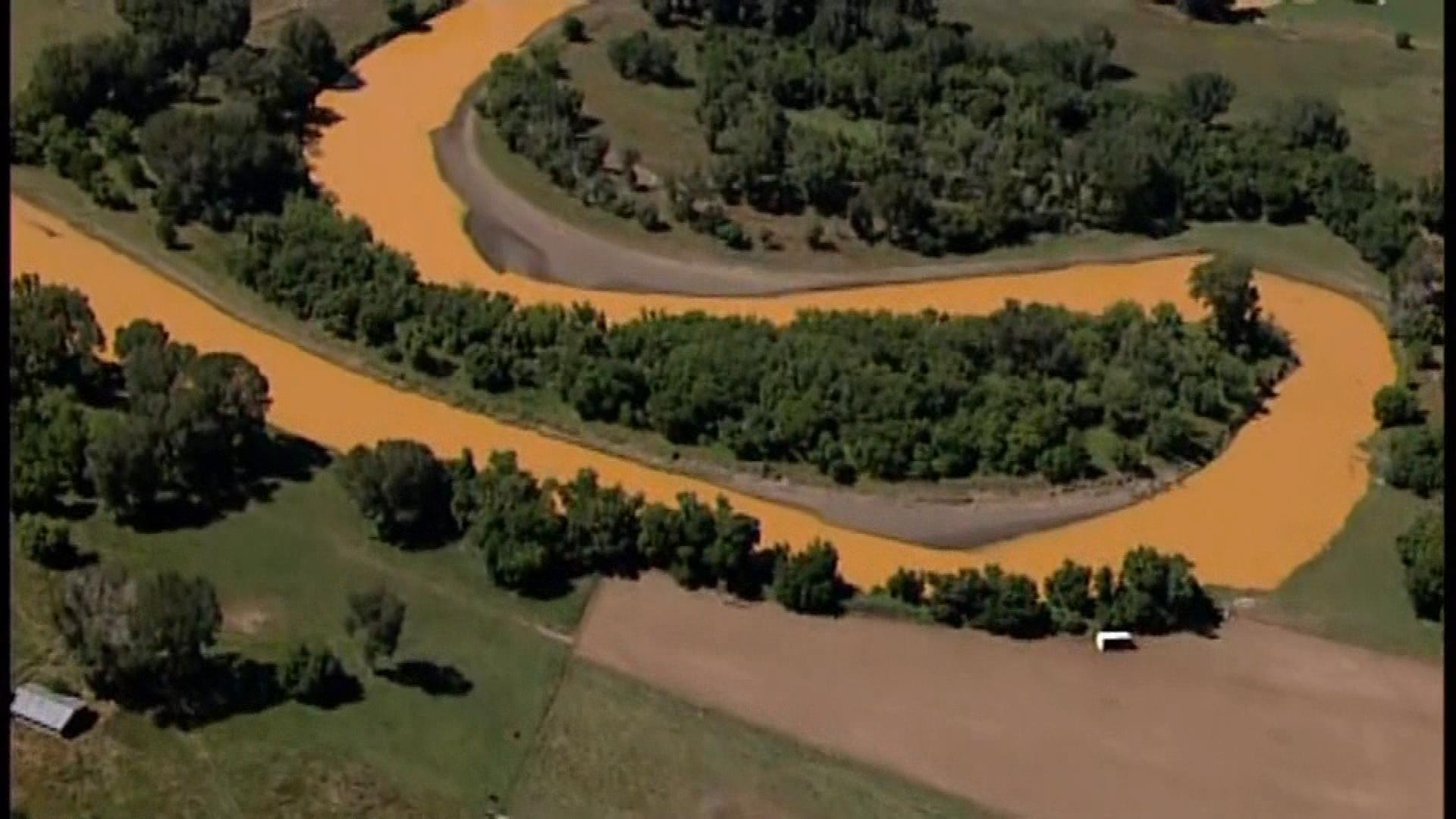 Four days after crews working for the Environmental Protection Agency inadvertently sent a million gallons of toxic sludge into the Animas River, a Colorado city and county declared a local state of emergency.

The city of Durango and La Plata County announced the move, effective at noon Sunday, as the water contaminated with heavy metals including arsenic and lead continued flowing south into New Mexico.

"This action has been taken due to the serious nature of the incident and to convey the grave concerns that local elected officials have to ensure that all appropriate levels of state and federal resources are brought to bear to assist our community not only in actively managing this tragic incident but also to recover from it," La Plata County Manager Joe Kerby said in a statement.

Water tests performed by the EPA near Durango, which is downstream from the mine, are still being analyzed.

Meantime, the EPA said the amount of wastewater that spilled from the Gold King Mine into the river, turning the water a mucky orange and then yellow, is three times larger than its initial estimate.

The agency now says three million gallons spilled into the river Wednesday and Thursday, instead of one million. The revision came after the EPA used a stream gauge from the U.S. Geological Survey.

The agency has been unable to determine whether humans or aquatic life face health risks. However, EPA toxicologist Deborah McKean said the sludge moved so quickly after the spill that it would not have "caused significant health effects" to animals that consumed the water.

The discolored water from the spill stretched more than 100 miles from where it originated near Colorado's historic mining town of Silverton into the New Mexico municipalities of Farmington, Aztec and Kirtland.

The leading edge of the plume was headed toward Utah and Montezuma Creek near the town of Bluff, a tourist destination. The town, which is populated by a few hundred people, is surrounded by scenic sandstone bluffs.

To keep water flowing to homes, the residential tank in Halchita has been filled with clean water hauled 40 miles from Arizona.

The EPA has not said how long cleanup efforts will take. An EPA-supervised crew trying to enter the mine to pump out and treat the water caused the spill