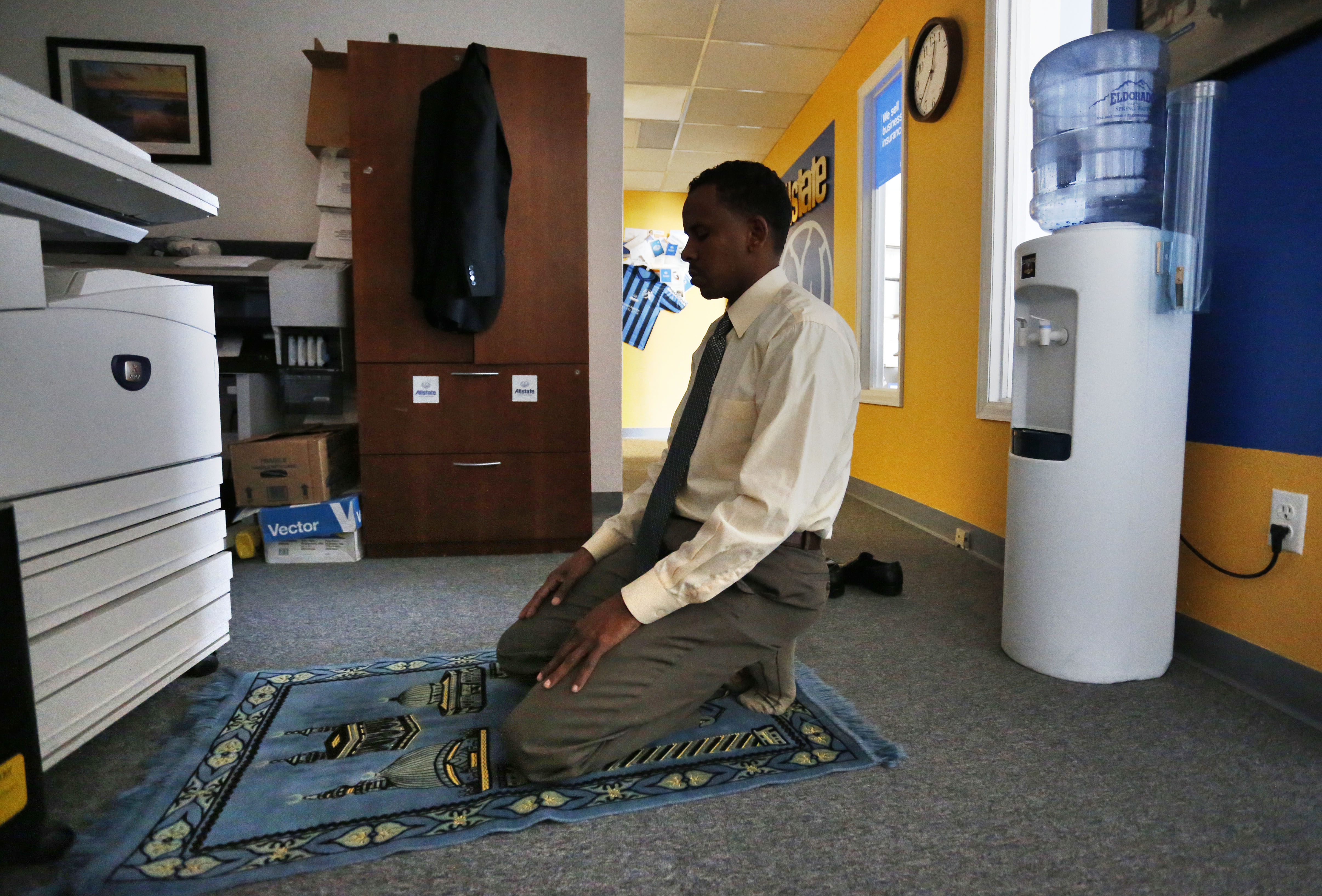 AURORA, Colo. -- The strange journey of three suburban Denver girls who authorities say tried to join Islamic State of Iraq and Syria (ISIS) militants in Syria has many in their close-knit east African community worried about whether their own children will be the next to be lured to terror.

The girls' voyage has mystified many in the U.S., and has been even more troubling among Aurora's Somali and Sudanese immigrants, thousands of whom fled civil war and forged new lives in the Denver suburbs, where refugees easily find jobs driving cabs or working in the meat industry.

But while the girls' parents were working to give them a better life, being a Muslim teenager isn't easy in an American high school, said Ahmed Odowaay, a community advocate who works with youth. It's easy to feel like an outsider, even as a U.S. citizen.

Even his 10-year-old daughter gets taunts of "terrorist" when she wears her hijab in school, he said.

"This community is outcast. They feel like they don't belong here. They're frustrated," Odowaay said from his seat at Barwaaqo, a restaurant hidden in one of Aurora's low-slung strip malls, where other men dined on goat and spaghetti, a favorite east African dish. "I'm worried their frustrations will lead them in the wrong direction."

Young people in communities like this across the country are vulnerable to extremists in Syria and elsewhere who reach out to them online, promising the glory of battle, the honor becoming a wife, or just acceptance. Odowaay said it's easy for young Muslims to encounter recruiters while trolling Facebook. He said it's happened to him.

Family and friends saw the three -- two Somali sisters ages 17 and 15 and their 16-year-old Sudanese friend -- as typical Muslim teenagers who like the mall and movies, not fundamentalists.

It wasn't until they missed class that the 16-year-old's father realized they had been talking online to militants, who convinced them to steal cash from their parents, buy plane tickets and head to Syria with their U.S. passports. Authorities said one of the girls did most of the planning and encouraged the others to follow.

Alarm spread quickly as friends and relatives realized the girls were gone, and saw signs of their plans on their Twitter accounts.

"She asked her friends to pray for her... and at that time, I just knew that something really bad was going to happen," said the father of the 16-year-old, who spoke to The Associated Press on the condition of anonymity because he is concerned for the girls' safety.

He called the FBI and his state representative for help, and agents stopped them at the airport in Frankfurt, Germany.

The girls likely won't be charged with a crime and are safe now, but the father said he is still troubled by lingering questions about their intentions, who recruited them online and how they were so easily able to board a plane and head overseas. His daughter seemed not to have a clear idea of what she would be doing if she had made it there.

"They're just like, you know, stupid little girls," he said. "They just want to do something, and they do it."

At the girls' high school, the possibility that students might be lured to terror wasn't something they had previously considered, said Cherry Creek School District spokeswoman Tustin Amole. That's changed, and FBI officials spent the past week doing outreach, looking for friends who may have had similar intentions. Teachers encouraged students to come forward with concerns or if they see something suspicious.

"This was not a problem we were aware of," said Halimo Hashi, who owns an African fashion boutique. "If we knew, maybe we could have spoken to the right people."

Hafedh Ferjani of the Colorado Muslim Council said he is arranging meetings with Denver FBI officials and youth in the community, as they held several years ago after concerns arose that young men were returning to Somalia to join the terror group al-Shabab.

"If we learn what happened from the girls, we can avoid someone else doing that," he said.

As the community comes to grips with the dangers, things have changed for the girls' families, too. The sisters' father doesn't grasp the severity of the situation, said Rashid Sadiq, who leads the Somali Organization of Colorado and met the girls' father more than a decade ago.

As 16-year-old's father tries to repair his family, he has advice for those worried their children might be led astray.

"I just ask any parent to look for what their kids are doing online," said the father.