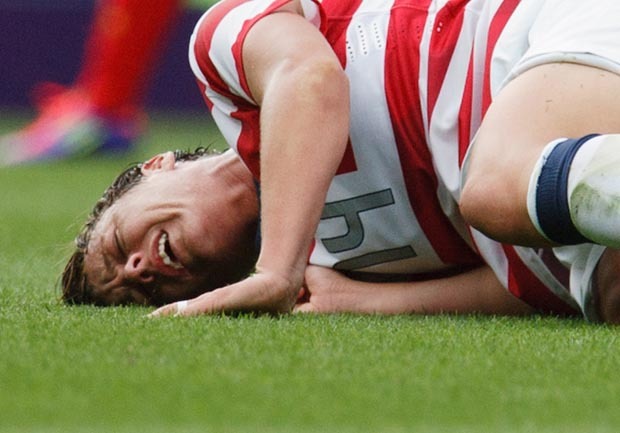 (CBS/AP) LONDON - FIFA has imposed a two-match ban on Colombia player Lady Andrade after U.S. forward Abby Wambach said she was "sucker-punched" by her opponent in an Olympic soccer match.

FIFA says its disciplinary committee suspended Andrade for a group match against France on Tuesday, and for the quarterfinals if Colombia advances.

Wambach said she was hit in the right eye by Andrade in the 39th minute of a 3-0 win over Colombia on Saturday.

After the game, Wambach called for FIFA to take action, while Andrade said it was "an accident."

The U.S. team did not file a formal complaint against Andrade, but it did contact FIFA.

"That doesn't belong in the game," U.S. coach Pia Sundhage said on Sunday.

Wambach, still sporting a shiner on Sunday, said she was fine. She tweeted a photo of her eye (see left) with the message: "Thanks for all the well wishes. Eye is healing fine."

She'll be able to play in the Americans' final group game Tuesday against North Korea.