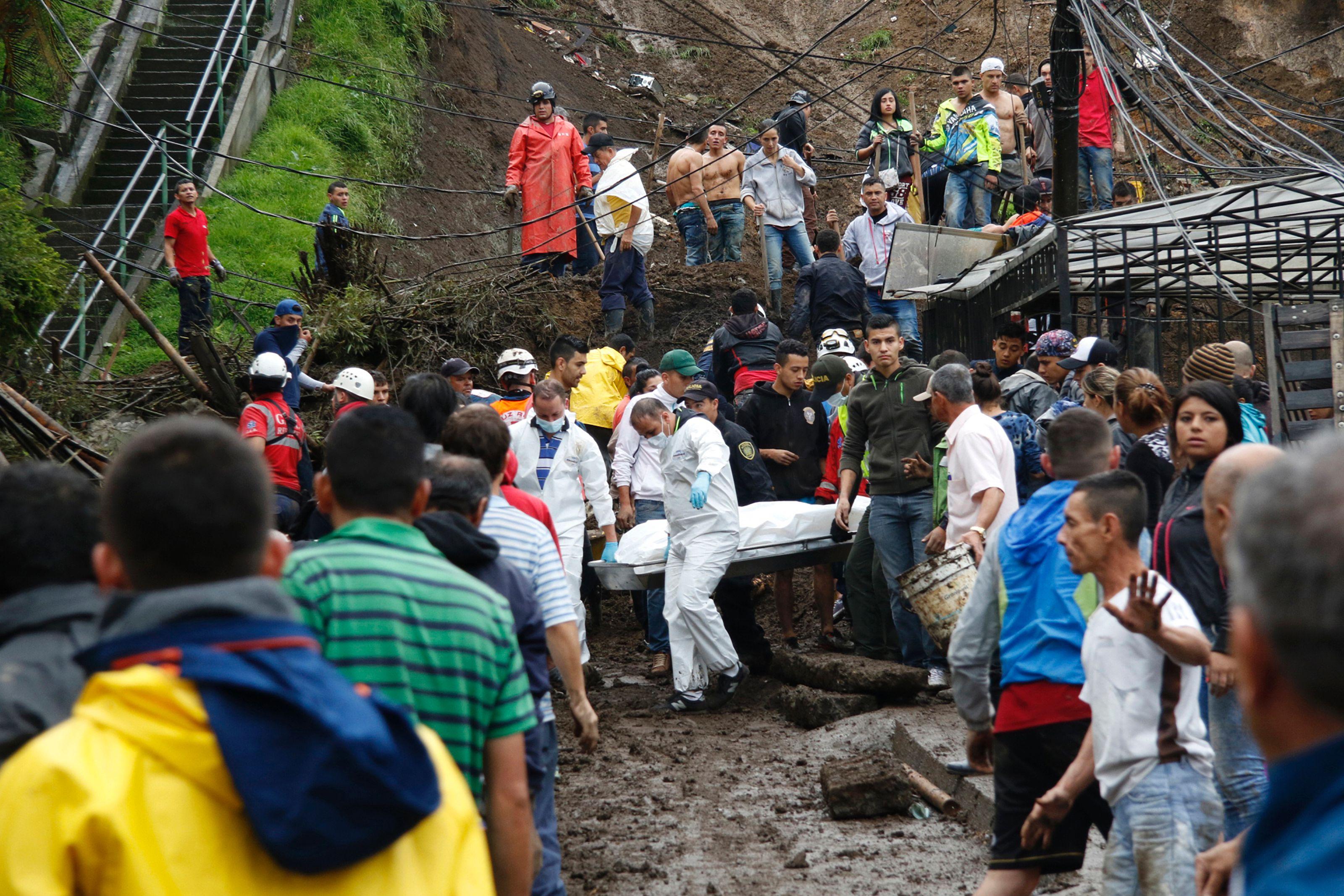 BOGOTA, Colombia -- A deluge of rain set off landslides that smashed homes and filled streets with mud Wednesday in a mountain city in a coffee-growing part of Colombia, and authorities said at least 17 people were killed and two dozen injured.

The disaster struck in the early morning when many people in Manizales were still asleep, just as a flooding disaster two weeks ago that caused more than 300 deaths in this Andean nation’s southern city of Mocoa.

Dozens of hillsides gave way in Manizales after the city of nearly 400,000 people received the equivalent of a full month’s rain in the span of five hours. The inundation caused at least 40 to 50 avalanches of mud and rock that destroyed homes and left several roadways impassable.

Among those believed buried in the debris was a man trying to help several relatives after water began entering their home. A mudslide wrecked the house while he was still inside, though all of his family members managed to escape.

“Unfortunately, everything indicates he is buried in there,” said Juan Carlos Rendon, a transit coordinator aiding operations in Manizales.

The dead included a police officer and two children.

President Juan Manuel Santos attempted to reach the region but was forced to land 124 miles away in Medellin after encountering bad weather. In remarks in a live broadcast, he said residents in areas still at high risk were being evacuated and national agencies mobilized to assist in the recovery.

“It rained in Manizales like it has never rained before,” Santos said.

The landslides occurred as Colombia is still recovering from the March 31 disaster in Mocoa, and the two incidents drew several immediate parallels. Both caught unsuspecting residents off guard in the early morning hours after the cities received unprecedented amounts of rain. Both also struck hardest at poor people living in precarious housing developments.

In one Manizales neighborhood hit Wednesday, several houses had been constructed on a mountain slope despite it being known to be at risk for landslides, Rendon said.

One resident, Ana Henao, said she was at home with her 12-year-old daughter Tuesday evening when their roof began to collapse from the intense rains. They stayed awake in fear that worse might still be to come. When a stream of mud began burying the home, she and her daughter got to safety.

“I grabbed my daughter and ran,” she said.

Several of her neighbors did not get out.

On one hillside, intact homes stood on either side of a swath torn by a mudflow that swept away other buildings. Dirt and planks of wood spilled out from the entrance of a pastel blue-colored home, a set of bright pink curtains on a nearby window still standing. Entire roadways were blanketed in debris.

“What we need to do now is prevent” more deaths, he said.