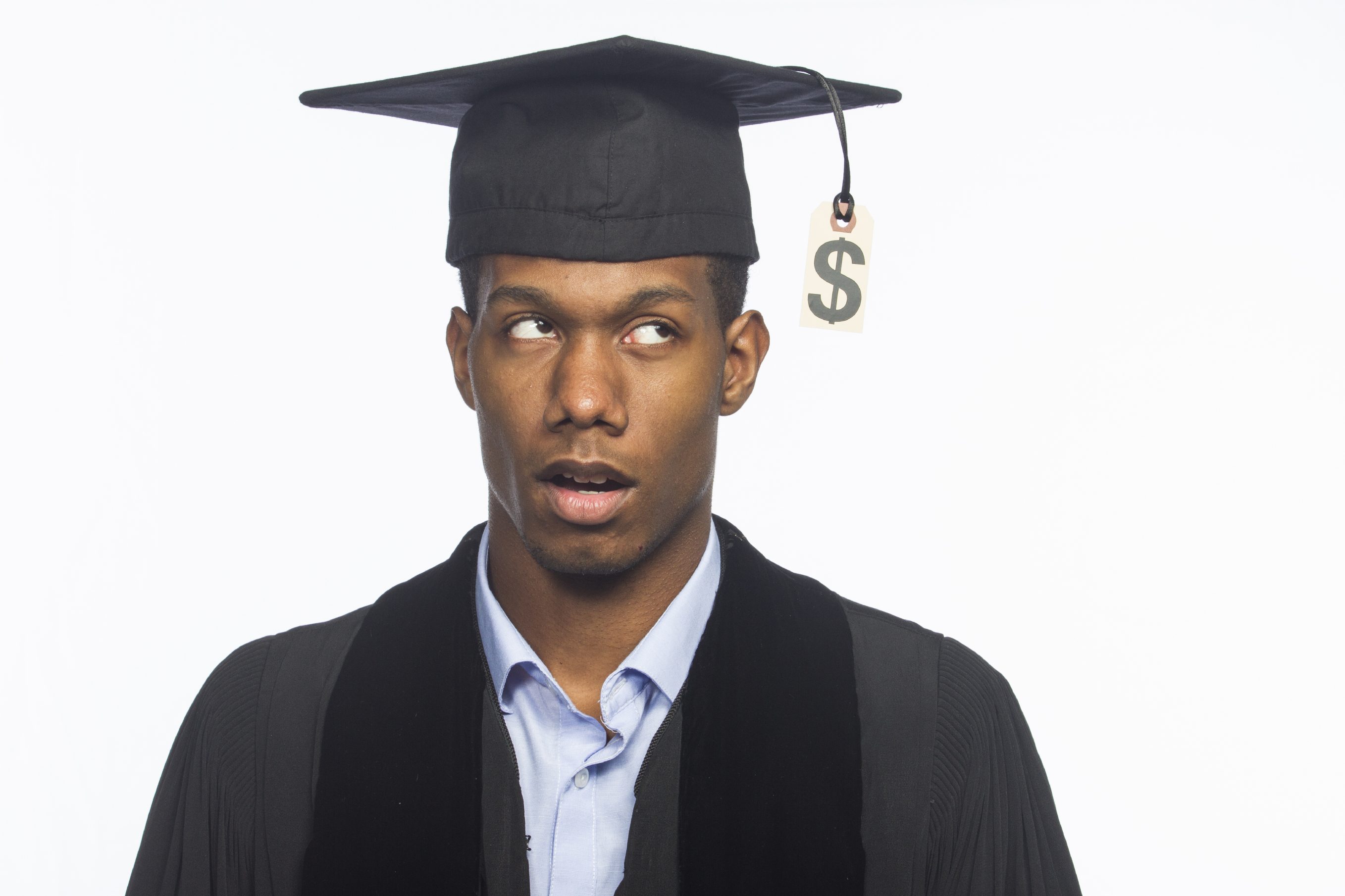 Although the cost of earning a college degree has skyrocketed, it's still considered one of the best investments in a student's financial future, ensuring higher lifetime pay and wealth.

Yet many Americans are finding that this traditional road to upward mobility is a dead end, according to a study from the Federal Reserve Bank of St. Louis. Blacks and Hispanics who have earned college degrees often find themselves themselves in an alternate economic reality that culminates in declining wealth in both the short- and long-term, the researchers found.

Considering changes in wealth and income for college-educated Americans through the lens of racial differences was sparked by discussions at several recent conferences attended by William Emmons, senior economic advisor at the Center for Household Financial Stability at the St. Louis Fed. He noted that some scholars who studied the racial wealth gap mentioned that education wasn't providing the same type of protective financial shield for black families as for other races, and he and his colleague Bryan J. Noeth decided to investigate.

"We, like most people, were were thinking about this narrative for many years -- that education is the preeminent force driving incomes in the labor market," Emmons told CBS MoneyWatch. "We went into this thinking college would be maybe not the great equalizer, but we did think it would work the same way across all ethnic groups."

Instead, he noted, "There was almost of a reversal of the college effect" for blacks and Hispanics.

College-educated blacks and Hispanics are much worse off than they were before the Great Recession, the study found, while their white and Asian counterparts saw their losses minimized by comparison.

Even more startling, college-educated black and Hispanic households lost more wealth than their counterparts without college degrees. For instance, black college grads lost 59.7 percent of their median net worth between 2007 to 2013. Blacks without higher education lost only 37.3 percent of their wealth during that time.

Whites and Asians were also battered by the recession, of course, but those with college diplomas withstood the downturn better than those without degrees. Four-year college grads who are white lost 16 percent of their net wealth from 2007 through 2013, compared with a loss of 32.9 percent for those without college degrees.

"The first thing most people would look to was income trends," Emmons said. "While it's true that black and Hispanic college grads had bigger declines than whites, the difference didn't strike us at first as explaining the difference in wealth." The declines "aren't powerful enough."

That prompted them to look at individuals' decision-making regarding issues such as whether they diversify their financial assets and how people handle debt. One clue to the different outcomes was that black and Hispanic families had more of their assets invested in housing than white or Asian families.

So when housing bust hit, many of those college-educated minorities were hurt far worse than people from other groups. Some of them had bought homes in predominantly black or Hispanic neighborhoods, which haven't seen the same rebound in housing prices as have other areas.

Because college-educated Americans, regardless of race, are more likely to be homeowners than those without degrees, it's possible that black and Hispanic college grads were hit harder than their less educated counterparts when the recession hit. Black college grads had a median debt-to-income ratio of 164.7 percent, compared with just 24.9 percent for blacks without college degrees, the study found.

"That's a perfect example of why housing is such a risky asset," Emmons said. While Americans often believe homeownership is "the road to wealth accumulation," the impact on black and Hispanic families "shows the risks about a concentrated asset that's very undiversified geographically."

But what about longer-term trends of wealth and income for blacks and Hispanics with college degrees? The researchers had grim news on that front, as well.

The impact of the recession is reflected in these numbers, but it's also likely that other forces are at play, such as discrimination in the workplace, as well as the choices minorities make when choosing careers and college majors, Emmons said. Blacks and Hispanics have been underrepresented in so-called STEM careers -- science, technology, engineering and mathematics -- which tend to pay more than many other occupations.

So what advice would Emmons give to young minority students who are thinking about colleges?

"The stakes have been raised for college. The cost is up, and borrowing for anything -- a house, college or car -- is a serious decision," he said. Be conscious of how much debt a degree will cost before enrolling. "The bottom line is we're not saying that education is bad, but it's not the silver bullet in solving all of society's ills and all the inequalities that the legacy of discrimination means we're still dealing with."

10 of the safest cars you can buy

Why states are trying to crack down on 5-hour Energy

New migraine drug affordably priced at only $6,900 a year