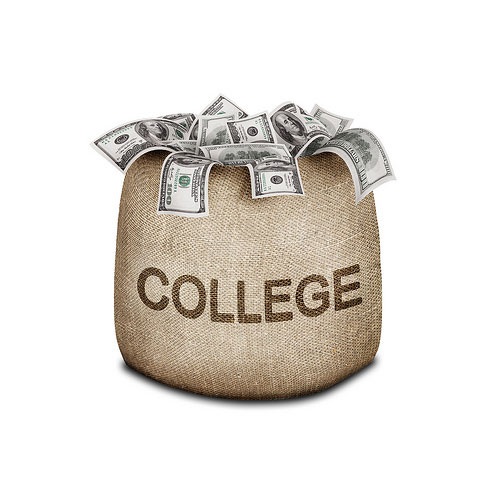 WASHINGTON There's some good news on college tuition. Yes, the cost has gone up -- but not as much in the past.

For in-state students at a four-year public college or university, published tuition and fees increased this year on average $247, to $8,893. That's a 2.9 percent increase - the smallest one-year increase in more than 30 years, the College Board said Wednesday in its annual report on college prices.

Out-of-state prices, as well as the costs to attend public two-year colleges and private institutions rose, but they also avoided big spikes, said Sandy Baum, co-author of the report. These more moderate increases could lessen concern that an annual rapid growth is tuition prices in the new normal.

"It does seem that the spiral is moderating. Not turning around, not ending, but moderating," Baum said.

Most students don't actually pay that, though. There are grants, tax credits and deductions that help ease the cost of going to college. About two-thirds of full-time students get grants, most from the federal government.

But, in the two years leading up to the 2012-2013 school year, the federal aid per full-time equivalent undergraduate student declined 9 percent, or about $325.

That means students have to foot more of the bill themselves.

"The rapid increases in college prices have slowed; however, student and families are paying more because grant aid is not keeping up," said David Coleman, president of the College Board.

While the average published price for tuition and fees for a private college is $30,094, the net price is $12,460 - up $530 from last year. The net price is what they actually pay after grants. There were years this decade that saw the net price going down, but it has gone up the last two years.

The average published in-state price for tuition and fees at a public four-year school is $8,893, but the average net price is about $3,120.

Molly Corbett Broad, president of the American Council on Education, in a statement called it "troubling" that overall grant aid is not keeping up with prices. Her organization represents the presidents of U.S. colleges and universities.

"Institutions are committed to holding down costs, but it is equally important for state and federal governments to play their part to make college affordable," she said.

The College Board is a not-for-profit membership group that promotes college access and owns the SAT exam.

The report spells out the large declines in state appropriations given to public institutions in recent years. These cuts have been blamed for rises in college costs. Other causes often cited range from the high cost of health care for employees to the demand by students for flashier campus amenities.

Among the other findings in the report:

-- The average published tuition and fees at for-profit institutions increased by $70 to $15,130 - an increase of less than 1 percent.

-- In 2012-2013, $238.5 billion in financial aid was issued to undergraduate and graduate students in the forms of grants from all sources, Federal Work-Study, federal loans and federal tax credits and deductions. Also, students borrowed about $8.8 billion from private, state and institutional sources.