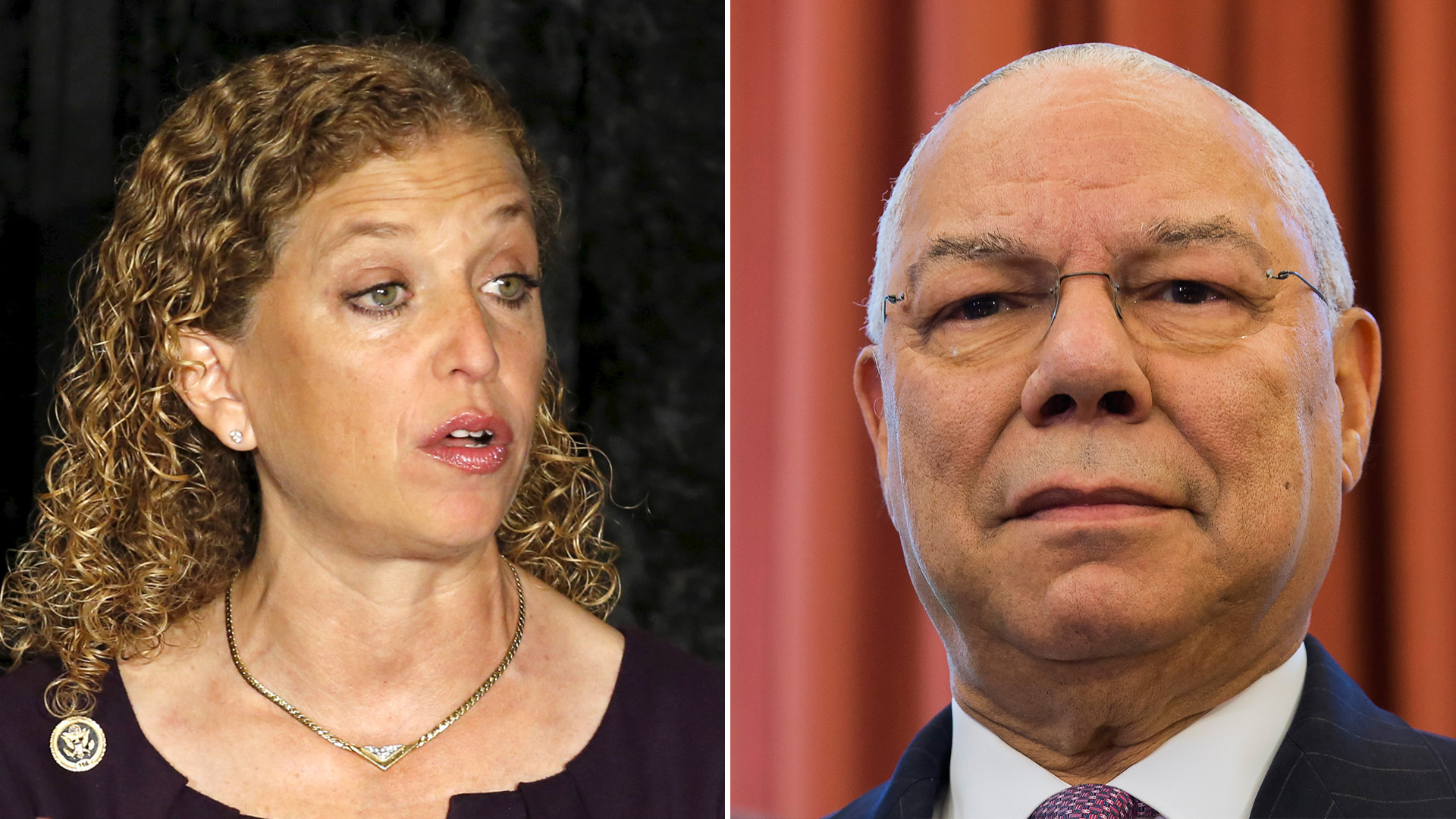 Powell said on NBC's "Meet the Press" Sunday that he had studied the deal as well as well as the arguments put forward by the opposition.

"In my judgment, after balancing those two sets of information is that it's a pretty good deal," he said, citing the reduction in Iran's centrifuges, limits on their uranium stockpile and shuttering of their plutonium reactor. He called the changes "remarkable" and said they had "stopped this highway race that they were going down."

Powell is one of the more high-profile Republicans to publicly support the deal. No GOP senators have said they will vote for it, although Sen. Barbara Mikulski, D-Maryland, handed President Obama a near-certain victory last week when she became the 34th Democrat to announce that she would support the deal. With her vote, the president now has enough supporters in the Senate to sustain his veto if Republicans pass a resolution disapproving of the agreement.

The president tweeted his thanks to Powell on Sunday.

Wasserman Schultz added her support to a growing list of House Democrats who will back the deal on that side of Capitol Hill. She is also one of the most prominent Jewish American members of Congress.

On CNN's "State of the Union" Sunday, Wasserman Schultz described the "gut-wrenching, thought-provoking process" of considering the deal over the past several weeks.

"In weighing everything, all the information that I have had in front of me, I concluded that the best thing to do is to vote in support of the Iran deal and make sure that we can put Iran years away from being a threshold nuclear state, and ensure that we can more closely concentrate on their terrorist activity," she said. "I will be casting my vote to support the deal and, if necessary, sustain the president's veto."

Wasserman Schultz said there were "a number of things that really had given me angst and pause and that still do," including a concern about waning vigilance as the deal drags on over the next decade and the increased financial resources that Iran may direct toward terrorist groups.

But she said that opponents of the deal did not show her any evidence to believe it was possible to negotiate a better deal, and that she had been convinced by administration officials that "global economic chaos would be caused" if the U.S. attempted to walk away.

She also said that top-secret briefings in the Situation Room had given her the confidence that Iran would not be allowed to self-inspect the Parchin military site contrary to a report in the Associated Press earlier this summer.

"I brought that story into the Situation Room...put that story in front of them. And I said, 'If this is true, I am a no. I want you to clearly understand that. You need to address this concern,'" she said. "And I was given probably the most thorough review that almost any member had access to as far as what the actual process is for Iran to reveal their previous military dimensions at Parchin. And I can say in no uncertain terms, without revealing the details, that they cannot self-inspect."

Wasserman Schultz also says she's confident that the deal will "ensure that Israel will be there forever," though she is sure to face criticism from vocal members of the pro-Israel and Jewish communities that have lobbied hard against the deal.

"I'm an American citizen, and I believe fervently in protecting America's national security interests. And there's no way that we would be able to ensure that better than approving this deal and ensuring that Iran is not ever able to get access to nuclear weapons, and that we can shift our focus with the rest of the world on going after their terrorist ambitions," she said.

He also echoed the administration and argued that the deal will take effect with or without U.S. support because America's negotiating partners and the United Nations are ready to move ahead. By withholding support, he said America would be "standing on the sidelines."

He also argued that the Iranians likely believe, just as the North Koreans do, that building and using a nuclear weapon is tantamount to "committing suicide because your capital and your society will be destroyed the next day."

Critics of the deal have not conceded, and continue to warn that it spells disaster for the United States and Israel. Former Vice President Dick Cheney - who served alongside Powell in former President George W. Bush's administration - said on "Fox News Sunday" that the Iranians "got everything they asked for."

"The overall outcome I think will be to shift significantly the balance of power in that part of the world to the Iranians. I think they'll end up dominating partly not because of the nuclear deal, but also because of the lifting of the embargo on ballistic missiles and on conventional weapons. So, I think it's a big deal, a major, major defeat in my mind in terms of our position in the region," he said.