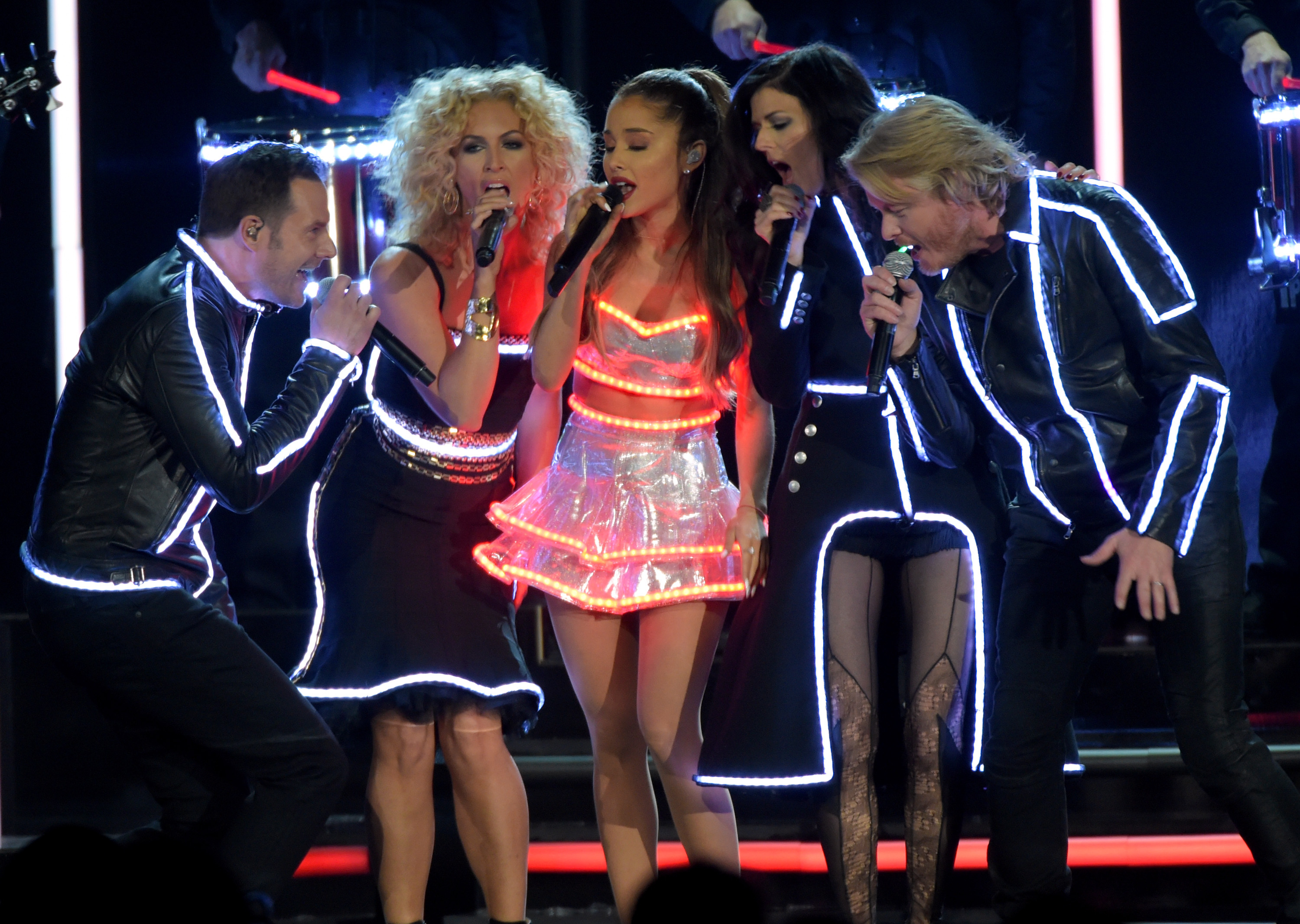 The 2014 CMA Awards broadcast was chock-full of performances, duets and major wins by some of the biggest country stars.

Miranda Lambert made history becoming the most decorated female artist in the history of the CMAs, and co-hosts Carrie Underwood and Brad Paisley brought the laughs. The Nashville awards ceremony got people taking, and Twitter has come up with some of the most discussed events of the evening.

Little Big Town took the stage to perform "Day Drinking," but probably the best of it happened straight after when pop star Ariana Grande joined to sing her hit song "Bang Bang." The song's original recording features Jessie J and Nicki Minaj -- but the Wednesday's country/pop mash-up served as a cool, surprise stand-in for the real thing.

He gave a touching speech and then elaborated more backstage about the honor, saying (per Rolling Stone), "To try to understand that you would win your first CMA award and it's entertainer of the year...I have longed and sought after many years to get one of these in my hands. I am really humbled. I think about the hard work that's gone to get here. I will never take a second of it for granted. From the bottom of my heart I go out on stage every night to try and sing it and perform it every night like it's my last."

Not only did Bryan score big in the trophy department, his performance of "Roller Coaster" also got people talking. Check out the original video for the hit:

Stars, meanwhile, were all over social media before, during and after the show. See some of the evening's most retweeted #CMAawards tweets: