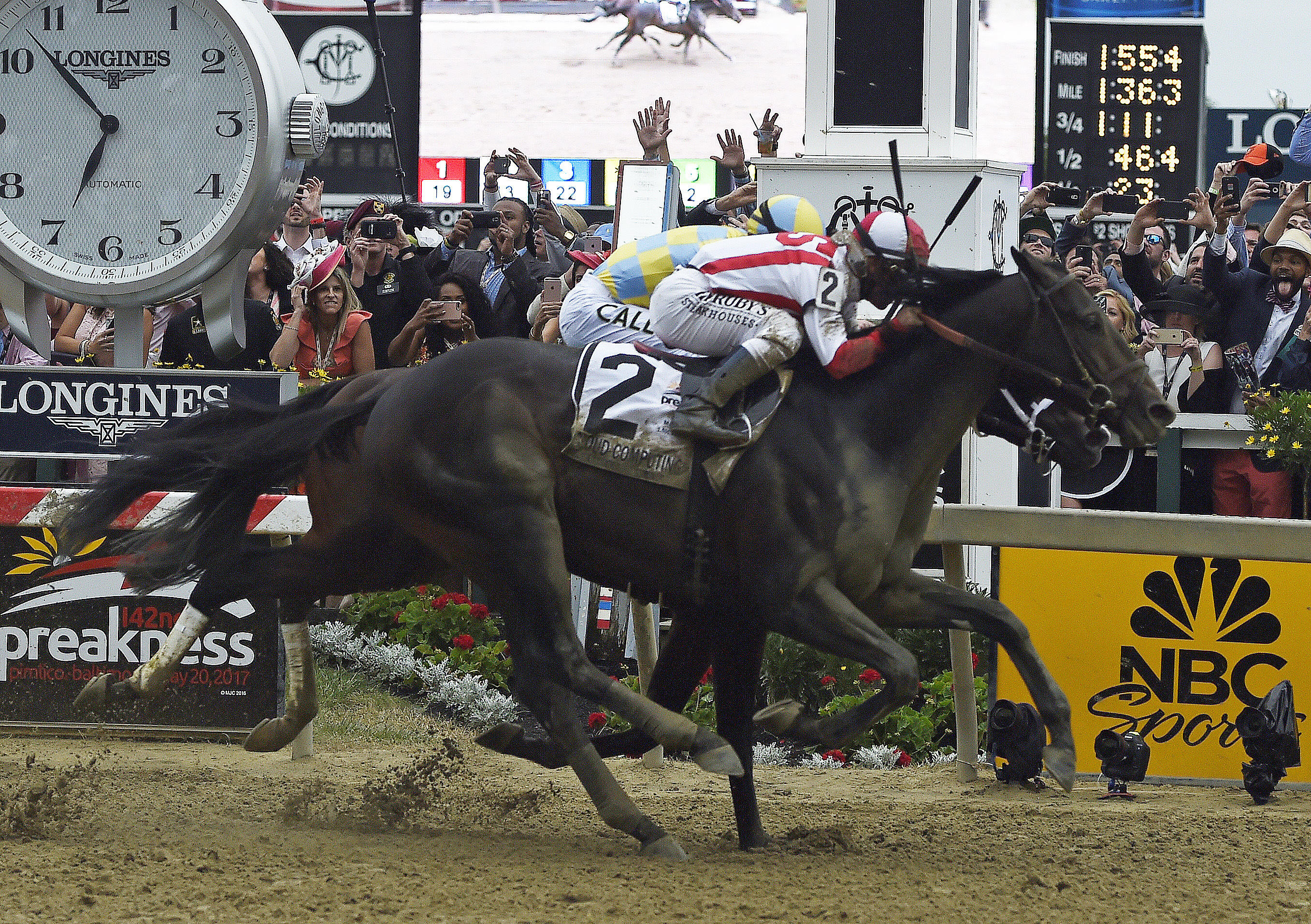 BALTIMORE -- Cloud Computing pulled away from the competition to win the 142nd Preakness Stakes on Saturday in Baltimore, Maryland.

Less than an hour before post time, Kentucky Derby winner Always Dreaming was the 7-5 favorite for the Preakness, as trainer Todd Pletcher looked to win his fourth consecutive race.

Classic Empire dueled with Always Dreaming throughout most of the race before taking the lead turning for home. It looked as if Classic Empire was going to win, but Cloud Computing came after him on the outside and beat him to the wire.

Classic Empire, who finished fourth two weeks ago at Churchill Downs, was the 2-1 second choice followed by Derby runner-up Lookin At Lee at 8-1 and Conquest Mo Money at 9-1. Every other horse in the field had double-digit odds to win.

The racetrack was listed as muddy after Friday's rainstorm. After three straight days of 90-degree weather, Saturday's high was 66 degrees.