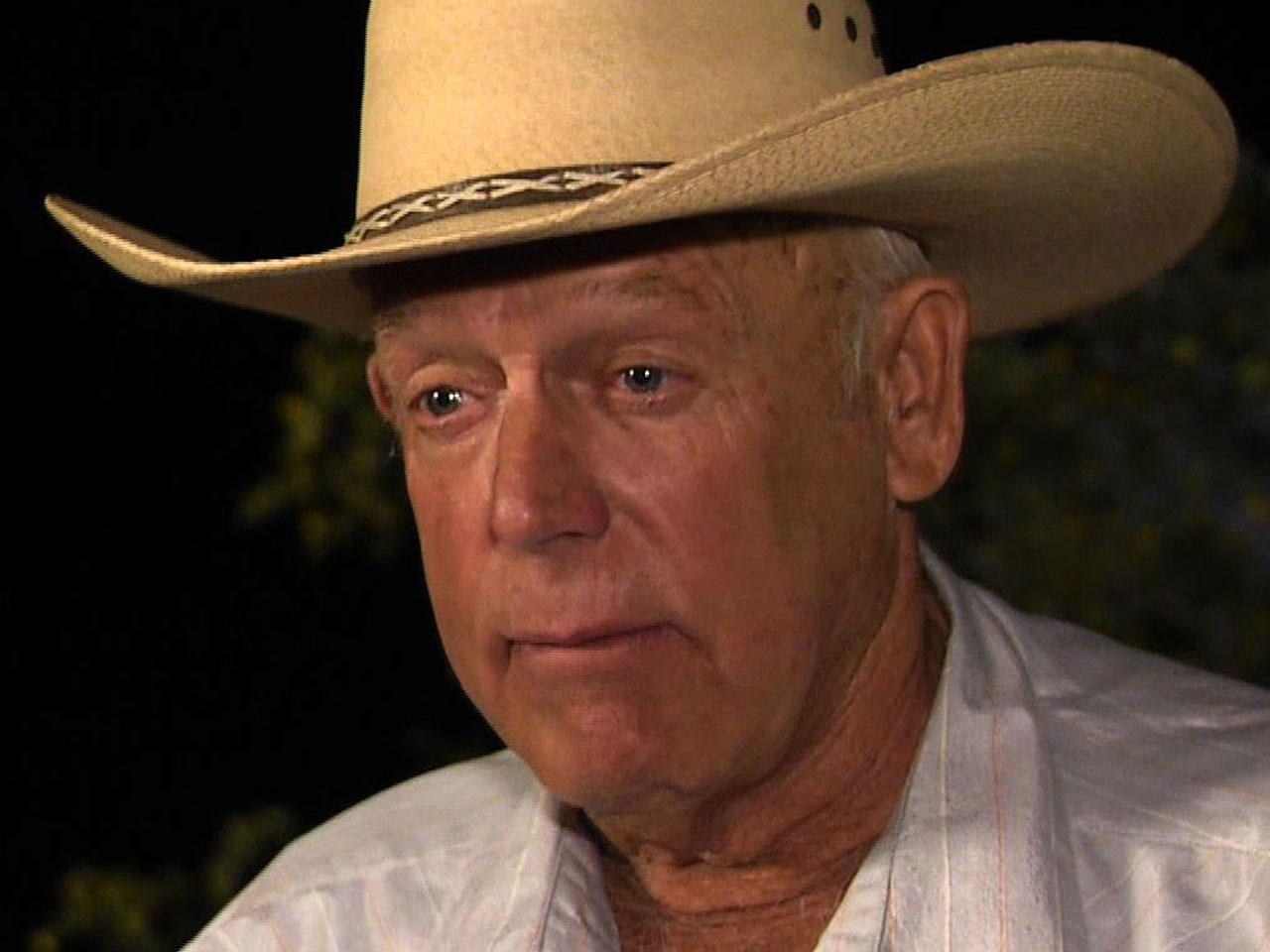 A confrontation in Nevada threatens to become a modern-day range war. The government is taking away a rancher's herd, and tensions are running high.

Rancher Cliven Bundy said his land has been in his family since the 1870s, Teri Okita reports. In his mind, he's not just fighting against some unfair fees. He said he's trying to keep Uncle Sam out of everyone's backyard.

U.S. rangers are rounding up Bundy's cattle, claiming he has been illegally grazing his herds on 600,000 acres of federal lands for two decades. The Bureau of Land Management, or BLM, said Bundy's unpaid land use fees total more than $1 million. Bundy said he doesn't have to pay because he has no contract with the federal government.

He said, "The money's not the deal. The cows are not the deal. It's freedom and liberty and access to our land and get rid of this abusive government."

Two federal judges issued orders last year that if the 67-year-old rancher did not remove his cattle from the land, they could be seized. The seizure began Saturday.

Demonstrators have rallied to support Bundy, leading to an altercation with law enforcement officials Wednesday, when one of Bundy's sons was tased after kicking a police dog.

Ammon Bundy said, "Then they tased me again, and they pulled it out again, probably because I didn't drop on the ground."

Jim Lordy came from Montana to join the protesters. He said he and other militia members are not afraid to shoot if necessary. Lordy, of Operation Mutual Aid, said, "Why the gun? Well, they have guns. We need guns to protect ourselves from a tyrannical government."

The Bureau of Land Management said this is a matter of equity and fairness to the 16,000 ranchers and farmers who do manage to pay their fees every year. No matter what the BLM does with his cattle, Bundy said this fight is bigger than he is. He said, "I'm guess maybe I'm a little bit like the Founding Fathers. I got a job to do, and I'm going to do it the best I can."

Authorities want the cattle off the land for another reason. Environmentalists say it's home to the endangered desert tortoise, and it's protected land.