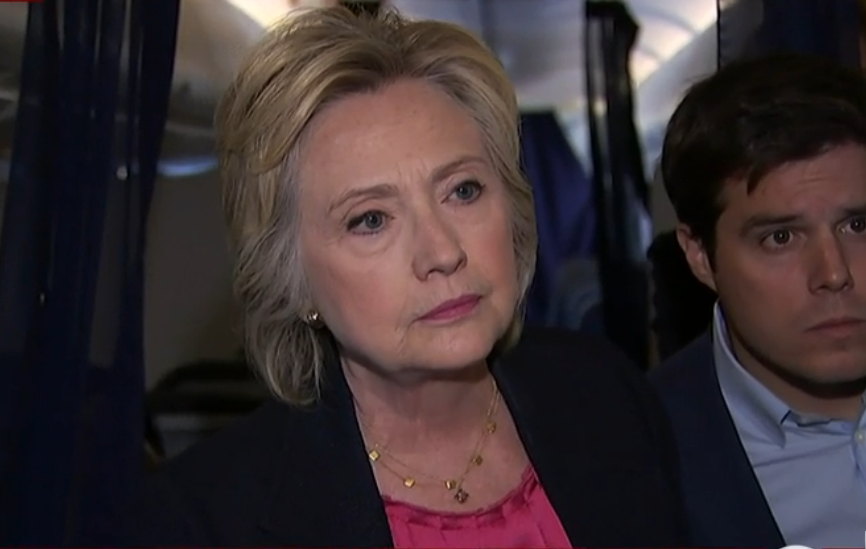 TAMPA — Hillary Clinton said on Tuesday that Donald Trump is “dead wrong” about Americans’ desire to see his tax returns.

“He said that the American people don’t care about his tax returns and, in fact, he’s also said that it’s none of our business,” she said, speaking to reporters traveling with the Democratic nominee from New York to Florida. “I just think he is dead wrong.”

In an interview with ABC News on Monday, the Republican nominee said that only the media cares about what’s in his tax documents. He has so far refused to make them public, citing a routine audit as the reason why he cannot yet release them.

“It’s not a big deal,” he said in the interview. “I think people don’t care.”

Trump’s running mate, Indiana Gov. Mike Pence, said in the same interview that he will release his tax returns — and they “will be a pretty quick read,” he said this week.

Clinton said that for decades, presidential candidates have released their tax returns because voters want to be sure that they can trust them “with the management of our country’s finances.” Trump would be the first major party presidential candidate to decline to release his tax records since 1976. Clinton said that Trump’s business record and recent reports about a political contribution that his foundation gave to a political group supporting Florida Attorney General Pam Bondi, who was considering an investigation into Trump University, make transparency even more important for her opponent.

“The list goes on and on, the scams, the frauds, the questionable relationships,” she said. “Clearly, his tax returns tell a story that the American people deserve and need to know,” she said, adding that Trump “clearly has something to hide.”

“If he’s going to pursue this campaign, he owes it to the American people to come clean,” she said.

Over the course of about 25 minutes, Clinton answered questions from reporters about the upcoming presidential debates, the Clinton Foundation, the president’s trip to Asia and the continuing attacks on her by Republicans in Congress.

“This is not new to me,” Clinton said when asked about a request by U.S. Rep Jason Chaffetz (R-UT) for an additional review of the investigation of Clinton’s email practices.

“I have created so many jobs in the conspiracy theory machine factory because, honestly, they never quit,” Clinton said. “