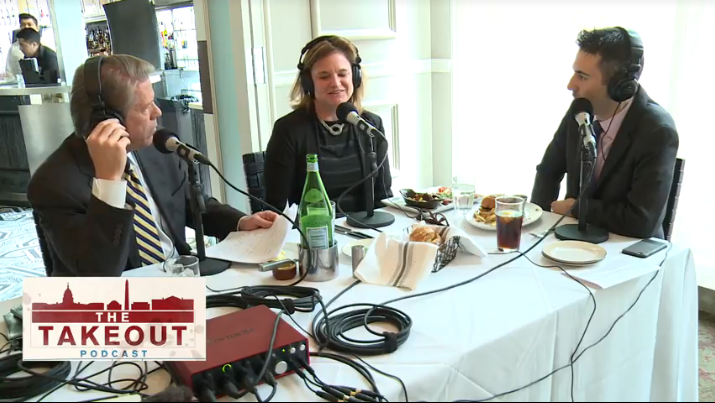 One of the prevailing narratives of Hillary Clinton’s presidential campaign was that she and those around her fully expected that she would win the presidency, and that her defeat came as a shock. But one of her closest aides, campaign communications director Jennifer Palmieri, suggested the opposite, that though she was devastated by her loss to Donald Trump, she may have been among those least surprised by it.

“Contrary to this view that she had held onto this dream of being the first woman president, I think she came close to not running,” Palmieri told CBS News Chief White House Correspondent Major Garrett in this week’s episode of “The Takeout”  podcast. In 2015, the decision whether or not to run was real, Palmieri recalled.

“She went in with a lot of reluctance because she knew what would happen with the press coverage of her,” Palmieri explained. “She knew what Republicans do to her.”

But Clinton “decided to do it because she thought she was the person who could best be president and that she was the Democrat that was best positioned to be able to win.”

However, after a campaign as brutal and as divisive as this one, Palmieri concluded, “I think she’s one of the people who’s least surprised that she lost.”

Clinton, she also said, “was less surprised of the rise of Senator [Bernie] Sanders than others and Trump’s win.”

Palmieri also discussed the controversy surrounding Clinton’s “basket of deplorables” comment about Trump backers, which resulted in significant backlash in the media and from Republicans.

“She screwed up, and she realized it that night,” she said. “There’s no question it did real damage.”

For more from Palmieri’s conversation with Garrett and CBS News Senior Political Editor Steve Chaggaris, where she talks about why she’s concerned, but hopeful, for the country’s future, as well as her favorite political movies, listen to “The Takeout” podcast, available on iTunes, Google Play, Stitcher and CBSNews.com. And follow “The Takeout” on Instagram, Facebook and Twitter: @TakeoutPodcast.