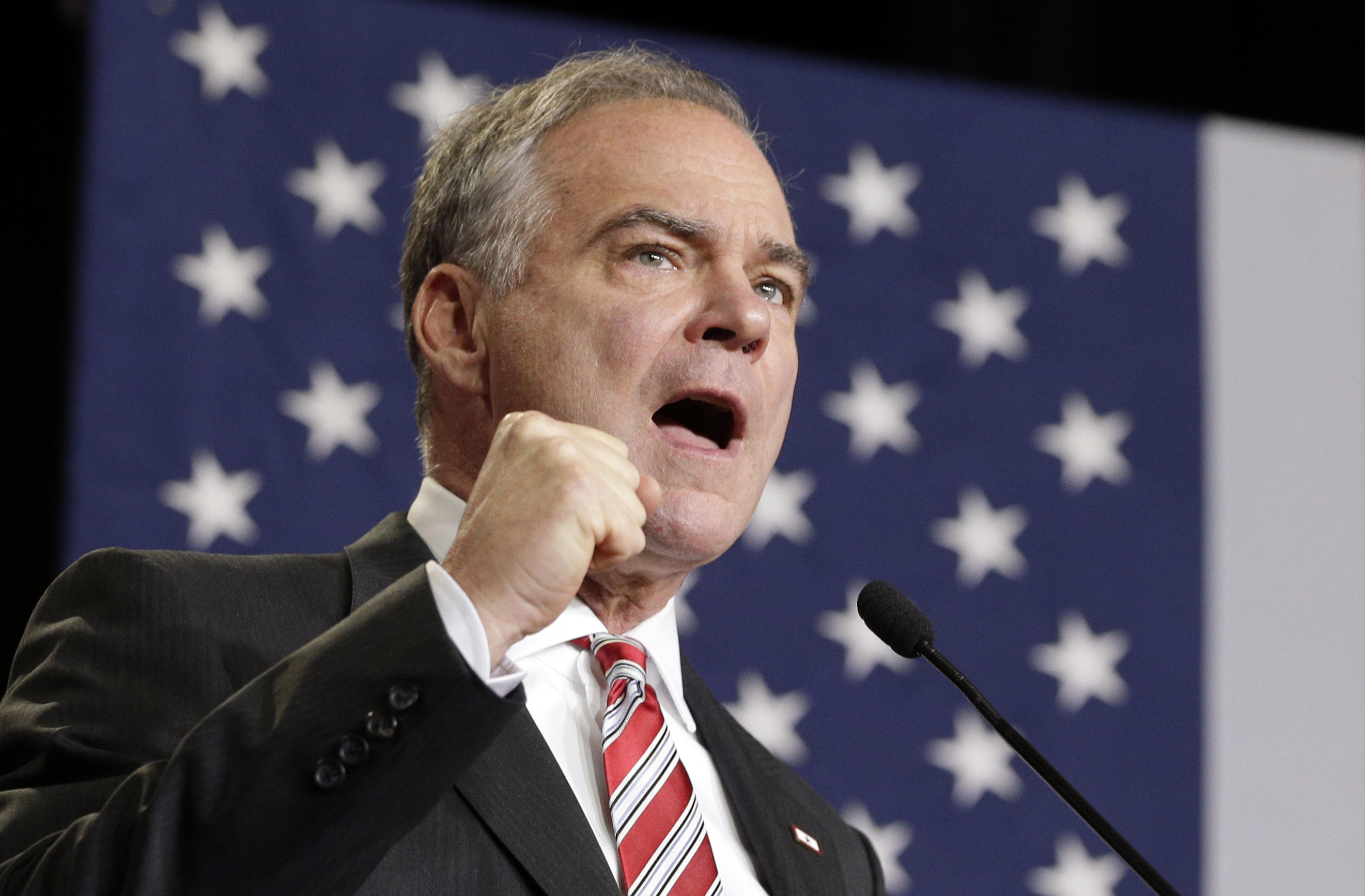 Thousands of voters anxiously awaited Hillary Clinton’s prized surrogate to take the stage Tuesday evening in the battleground state of Ohio. A few hours later, in North Carolina, hundreds more turned out to see a firebrand Democratic politician make the case for his party’s nominee.

President Obama and Vice President Biden were whipping up votes for Clinton in both states at their respective rallies, both of which generated considerable news coverage. And they’re just two of Clinton’s big-name surrogates she’s called on to get her voters excited, a list that includes everyone from Bernie Sanders and Elizabeth Warren to celebrities like Katy Perry, Beyonce, and Jay Z.

Meanwhile, while Obama and Biden were drawing big crowds, the bottom half of the Democratic ticket was in Wisconsin trying for votes cocktails and cheese curds at a local watering hole a block away from the state’s capital.

Senator Tim Kaine, a seasoned politician who in the event of a Clinton victory, would be just one heartbeat away from the most powerful political office in the world. But’s he often overshadowed on the campaign trail by his running mate’s orbit of star surrogates.

Biden can go directly to Trump-leaning white working class voters, blasting the Republican nominee for outsourcing jobs. Same thing with Bill Clinton, who’s eager to remind those crowds of why they turned out for him in the 1990s.

The Obamas can speak directly to the coalition that’s kept the White House in Democratic hands for the last eight years. At the same time, Warren, Sanders, and the small army of Clinton’s celebrity endorsers can attract the young voters the Democratic ticket needs to turn out in big numbers.

And then there’s Kaine.

With Kaine, Clinton has a direct appeal to Latino voters, a voting bloc that has surged since the presidential election 2012. The Senator, who took a year off of law school to volunteer in Honduras with Jesuit missionaries often showcases his Spanish speaking ability on the trail.

“If you’re able to speak the language you probably have a good understanding of the culture and that matters a lot”, said Ernesto Garcia after Kaine delivered a speech entirely in Spanish in Arizona, a first for any candidate on the Presidential ticket.

But with the the crowded line up of better known surrogates, Kaine remains unknown to much of the country.

“The incredibly well known nature of the top candidates makes it hard for anyone else to get any attention” said Julian Zelizer, Political Historian at Princeton University, “It was almost inevitable if you have Donald Trump and Hillary Clinton running, no one’s going to really listen to a second person on the ticket.”

Zelizer suggests that the vice presidential nominees were selected to accommodate the larger than life personalities at the top of the ticket.

“Both (candidates) picked people who would not be visible, who would have very little to say at this point in the campaign because neither really wanted to distract attention from themselves,” he argued.

But Donald Trump’s campaign continues to attract a swarm of Clinton surrogates eager to fire off sharply worded rebukes of the Republican nominee. They’ve all been assuming the “attack dog” role, traditionally assigned to the vice presidential nominee, which means Kaine has been left with a more under-the-radar part to play.

The best attacker may be the first lady, Michelle Obama. While rarely if ever mentioning his name, Michelle Obama has repeatedly cautioned against a Trump presidency on the stump in no uncertain terms.

“I know that there are some folks out there who have commented that it’s been unprecedented for a sitting first lady to be so actively engaged in a presidential campaign, and that may be true,” said the first lady as she headlined a recent campaign event for Secretary Clinton in North Carolina. “But what’s also true is that this is truly an unprecedented election.”

Tim Kaine, however, continues to truck along on the trail, rallying smaller crowds than other better-known surrogates during the final stretch of the campaign. But Clinton’s supporters aren’t necessarily unhappy to see him.

“He has plenty of enthusiasm himself he’s not lacking enthusiasm or entertaining value… it might just be name recognition,” said Florida voter Sarah Wood.

Other Democratic voters see less of competition for the political spotlight between Senator Kaine and Clinton’s surrogates and more of a coordinated effort to thwart Trump’s path to victory.

“The way we’re accepting him, and liking him and respecting him is really consequential”, said Dianne Faust of Bucks County, PA. “Is he competing with Hillary or Obama? Not really, but he’s doing a great job”, she added.

“I think that they’re all working together,” said Diane Strausser of Columbus, Ohio. “And I think that what he brings to this campaign is a huge heart and a whole history of really caring about people who are in need--he is the perfect vice presidential candidate.”