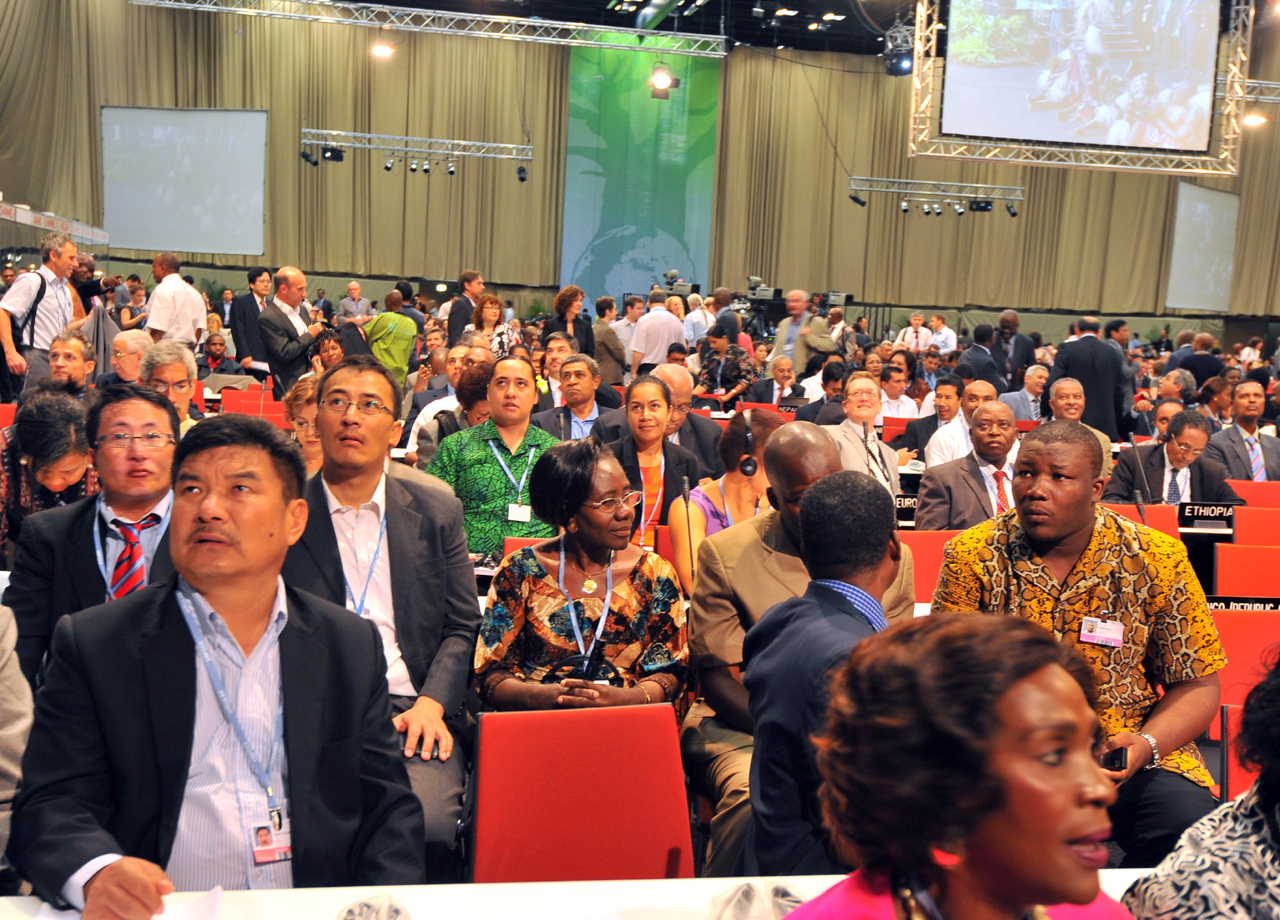 DURBAN, South Africa - Global warming already is causing suffering and conflict in Africa, from drought in Sudan and Somalia to flooding in South Africa, President Jacob Zuma said Monday, urging delegates at an international climate conference to look beyond national interests for solutions.

"For most people in the developing countries and Africa, climate change is a matter of life and death," said the South African leader as he formally opened a two-week conference with participants from 191 countries and the European Union.

The conference is seeking ways to curb ever-rising emissions of climate-changing pollution, which scientists said last week have reached record levels of concentration in the atmosphere.

Seasoned nongovernment observers said the outcome of the conference, which ends Dec. 9, is among the most unpredictable since the annual all-nation meetings began following the conclusion in 1992 of the basic treaty on climate change.

"Everything seems to be fluid. Everything is in play," said Tasneem Essop, of WWF International.

The main point of contention is whether industrial countries will extend their commitments to further reduce carbon emissions after their current commitments expire next year. Most wealthy countries have said their agreement is conditional on developing countries like China, India and Brazil accepting that they, too, must accept legally binding restrictions on their own emissions.

Zuma said Sudan's drought is partly responsible for tribal wars there, and that drought and famine have driven people from their homes in Somalia. Floods along the South African coast have cost people their homes and jobs, he said.

"Change and solutions are always possible. In these talks, states, parties, will need to look beyond their national interests to find a solution for the common good and human benefit," he said.

The U.N.'s top climate official, Christiana Figueres, said future commitments by industrial countries to slash greenhouse gas emissions is "the defining issue of this conference." But she said that is linked to pledges that developing countries must make to join the fight against climate change.

She quoted anti-apartheid legend and former President Nelson Mandela: "It always seems impossible until it is done."

One of the greatest threats of global warming is to food supplies, which new studies by the United Nations and independent agencies show already are under stress.

In its first global assessment of the planet's resources, the U.N. Food and Agriculture Organization estimated that farmers will have to produce 70 percent more food by 2050 to meet the needs of the world's expected 9 billion-strong population.

But most available farmland is already being farmed, and in ways that decrease productivity through practices that lead to soil erosion and wasting of water, the FAO said in a report released Monday in Rome.

The authoritative Intergovernmental Panel on Climate Change has said changing weather patterns will make farming more unpredictable and make water supplies more unreliable. Global warming is increasing the frequency of droughts and floods, and could create a catastrophic rise of sea levels if mountain and Arctic glaciers continue to rapidly melt.

The international aid agency Oxfam also released a report Monday showing that extreme weather events are driving up food prices, and the world's poorest peoples already spend 75 percent of their income on food.

In the last 18 months, Russia lost 13.3 million acres of crops, or about 17 percent of its production, due to a months-long heat wave. Drought in the Horn of Africa has killed 60 percent of Ethiopia's cattle and 40 percent of its sheep. Floods in September have raised the price of rice by 25 percent in Thailand and 30 percent in Vietnam, according to the U.N. Food and Agriculture Organization.