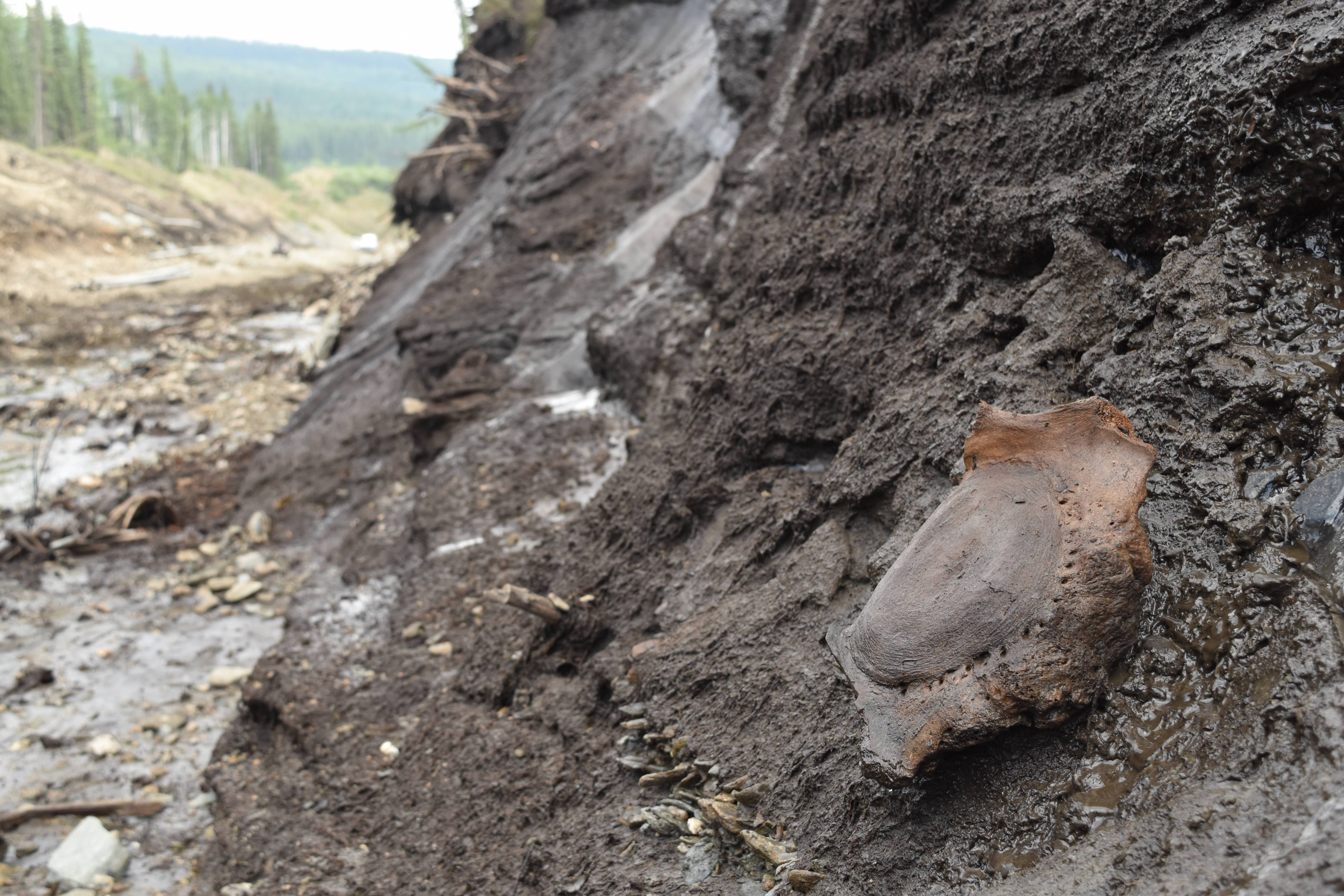 It was long thought that hunting by humans was the driving force behind the demise of mammoths, giant sloths and other massive mammals that roamed the Earth tens of thousand of years ago.

But a new study published Thursday in Science concludes that abrupt changes in the climate played a key role in these giant species vanishing around 11,000 years ago.

An international team led by researchers from the University of Adelaide and the University of New South Wales in Australia found that that short, rapid warming events, known as interstadials, recorded during the last ice age or Pleistocene from 60,000 to 12,000 years ago, coincided with major extinction events.

They found the warming events continued over thousands of years, with temperatures spiking up 7.2 to 28 degrees Fahrenheit. The temperature spikes appeared to be staggered over time, possibly due to some events being regional in nature.

"This abrupt warming had a profound impact on climate that caused marked shifts in global rainfall and vegetation patterns," Alan Cooper, the lead author and director of the Australian Centre for Ancient DNA, said. "Even without the presence of humans we saw mass extinctions. When you add the modern addition of human pressures and fragmenting of the environment to the rapid changes brought by global warming, it raises serious concerns about the future of our environment."

Several theories have been put forth in the past to explain the dramatic decline of mammoths and other giant creatures, known as megafauna, ever since French paleontologist George Cuvier, who first recognized the mammoth and giant ground sloth, suggested in 1796 that giant biblical floods had removed previous ecosystems in a series of catastrophes.

Some suggested wooly mammoths and other big animals were killed off by human hunters who were expanding across the globe. Others said they were driven to extinction by climate change or shifting habitats or, more controversially, that an asteroid hit the planet and caused a deep freeze that wiped out large animals worldwide.

Supporters of the climate change theory in the past were hampered by lack of evidence of extinction events during previous glacial periods. Many extinction events were nearly impossible to detect through the fossil record.

But this group of researchers overcame those hurdles thanks to advances in detecting ancient DNA, which they compared to radiocarbon data from 31 detailed time series of regional megafaunal extinction. They also used paleoclimate records largely based on Greenland ice cores.

At first, the researchers suspect the extinctions were linked to intense cold snaps. But as more fossil-DNA became available from museum specimen collections and through improvements in carbon dating and temperature records that showed better resolution through time, the story began to change.

"We first noticed a pattern in our ancient DNA studies about 10 years ago, but originally thought that it must relate to short intense cold snaps, known as Heinrich Events," Cooper said. "We developed our new combined climate record to get increased resolution about the timing of climatic events and, as more ancient DNA datasets became available, it became obvious that the association was with the rapid warming events, not the cold snaps. A giveaway is the lack of extinctions during the peak cold event -- the Last Glacial Maximum."

Many of the extinctions appeared long before man arrived on the scene, but others appear to have been pushed along by the presence of humans and their more lethal hunting methods.

"It is important to recognize that man still played an important role in the disappearance of the major megafauna species," said fellow author Chris Turney from the University of New South Wales. "The abrupt warming of the climate caused massive changes to the environment that set the extinction events in motion, but the rise of humans applied the coup de grâce to a population that was already under stress."

Cooper said humans may have reduced the megafauna's ability to recover from the extreme climatic events, especially during the final extinctions around 11,000 years ago.

"Humans certainly were having an impact on the last decline and we even say how," Cooper told CBS News. "Human have done this in the sense by disrupting the connection between populations (of megafauna). When climate change takes a species out of an area, the standard process was that populations would be backfilled from neighboring areas. We suggest that humans interrupted that process."

"The paper is a good, solid piece of research work -- which I can't find fault with. The data and the interpretations are strong support for the view that late Pleistocene climate change had a major negative impact on megafaunal species," Haynes told CBS News.

"But the paper also suggests that while enormous climate changes several times before had had major impacts on the largest terrestrial mammals, the worst impacts occurred with the first appearance of modern humans in many parts of the world -- especially the Americas," he said.

"In my mind, this means that humans are the ultimate culprits for the extinctions, greatly worsening the effects of climate and vegetation changes."