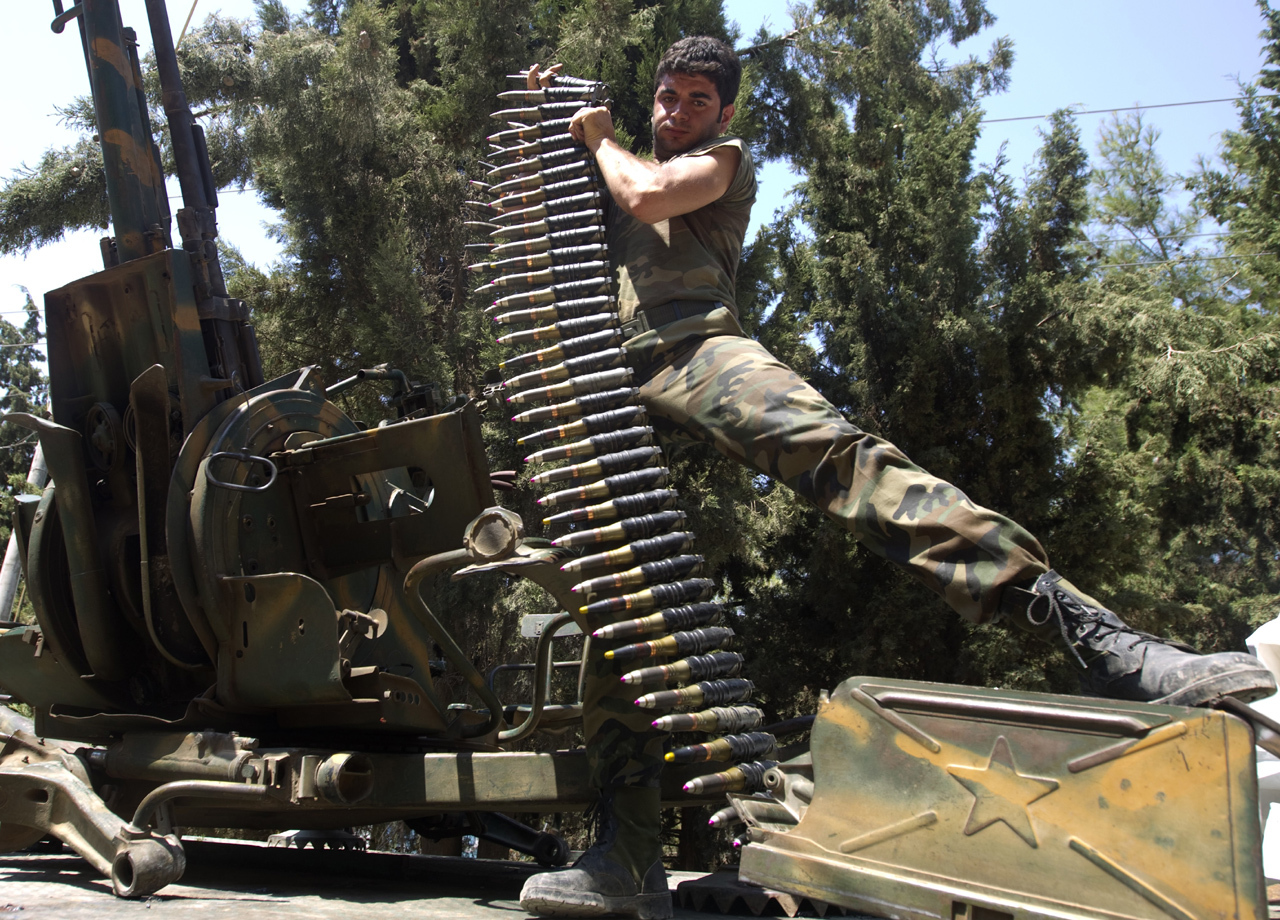 (CBS/AP) BEIRUT - Fighting in Syria's largest city of Aleppo stretched into its 11th day on Tuesday amid growing international condemnation of the Syrian government's crackdown on a tenacious rebellion that has lasted 17 months.

Activists reported renewed bombardments of rebel-held neighborhoods and clashes in many parts of Aleppo as the army pushed on with its offensive to retake this key northern city.

The battle for Aleppo, Syria's commercial hub with around 3 million inhabitants, has now lasted longer than the rebel assault on the capital Damascus that regime troops crushed earlier in July.

Despite regime claims of success and repeated forays by tanks and ground forces into rebel-controlled areas in the northeast and southwest of the city, the rebels appear to have held their ground, prompting government forces to resort to more shelling by artillery and mortars. Rebel positions are also being attacked with helicopter gunships.

The U.N. has estimated that 200,000 people have fled the fighting, either taking shelter in nearby villages or making the trek to the refugee camps across the border in Turkey.

Refugees from Aleppo have described a city devastated by shelling and wracked by food shortages.

"The humanitarian situation here is very bad," Mohammed Saeed, an activist living in the city, told The Associated Press by Skype. "There is not enough food and people are trying to leave. We really need support from the outside. There is random shelling against civilians," he added. "The city has pretty much run out of cooking gas, so people are cooking on open flames or with electricity, which cuts out a lot."

He said shells were falling on the southwestern neighborhoods of Salaheddine and Seif al-Dawla, rebel strongholds since the rebel Free Syrian Army began its assault on Aleppo 11 days ago.

The Britain-based Syrian Observatory for Human Rights said the rebel bastion of Sakhour in the northeast of Aleppo was being shelled and that clashes had broken out between rebels and government forces elsewhere in the city, especially in Salaheddine in the southwest.

Correspondent Charlie D'Agata, reporting from Aleppo province, said that on Monday the rebels scored a victory just northwest of Aleppo, overrunning a government outpost at Anand and capturing between eight and ten tanks, trucks with ammunition, and desperately-needed weapons. They also opened up a potential supply line between Aleppo and Turkey, some 30 miles away.

D'Agata reported this morning that rebels said a series of explosions heard in the area was the captured tanks being used against the Syrian army.

Rebels forces also claim to have taken the town of al-Bab in Aleppo province. A video posted online by activists Sunday showed rebels riding through the town in a captured regime tank.

"Rebels have completely seized control of the town of al-Bab east of Aleppo. It is the biggest town in the Aleppo countryside," said Saeed. He added that another 200 fighters had entered the city Sunday to join the 1,000 fighters who had poured into the city over the past few days to repel the Syrian army's effort to regain control.

Meanwhile, Turkey has increased its military presence along its border on Tuesday. AP Television spotted several tanks that had been deployed to Kilis province, which sits along the 564-miles frontier shared between the two countries.

Many of those who have fled may be taking refuge with relatives in the countryside, remaining inside Syria, while others reached the camps inside the Turkey.

"The helicopters were hurting people because the regime couldn't enter the neighborhoods, so they were shelling from a distance with helicopters and artillery," said Mohammed Nabehan, who had fled Aleppo for the Kilis refugee camp just across the border.

He said the humanitarian situation in the city was serious and there was little food.

According Turkish prime minister's office, there are some 44,000 Syrian refugees being sheltered in tent cities and temporary housing in camps along the border. While Turkish authorities say they have yet to see a massive upsurge in refugees from Aleppo, they are prepared to house up to 100,000.

In addition to Turkey, Jordan, Iraq and Lebanon are also facing the problem of Syrian refugees. Jordan, for its part, has also begun building a tent camp to house refugees along the border — something it was initially reluctant to do for fear of embarrassing Syria by calling attention to its refugee problem. But with 142,000 Syrians having already fled across the border, according to the Jordanian government, they needed to create the facilities to house them all. Jordan said this week that up to 2,000 new refugees are arriving daily.

The U.N. refugee agency said it has been unable to reach all 200,000 people fleeing the fighting in Aleppo, Syria's largest city.

The International Organization for Migration says it has moved more than 900 Syrian refugees since Sunday from crowded transit facilities to a new camp set up by Jordan's government and the U.N. refugee agency.

IOM spokesman Chris Lom said Tuesday the camp for 5,000 in Jordan near the Syrian border may be expanded to accommodate 150,000 ,"if the conflict in Syria worsens resulting in a mass exodus of refugees."

The official Syrian news agency said government forces were pursuing the "remnants of armed terrorist groups" in Salaheddine and inflicting heavy losses. President Bashar Assad's authoritarian regime regularly refers to opposition fighters as terrorists. But the rebels denied that the government has succeeded in penetrating the neighborhood with its tanks.

Saudi Arabi and Qatar have both expressed a willingness to fund the rebellion and are believed to be sending money to rebels to purchase weapons. On Tuesday, the official Saudi Press Agency said a week-long national campaign to support "our brothers in Syria" had collected $117 million dollars in cash donations to outfit relief convoys for Syrian refugees.

A well-informed Syrian source told CBS News the Assad government likely has enough money left - in foreign currency and gold - to fund the fight for another six months.

U.N. Secretary General Ban Ki-Moon has expressed deep concern over the use of heavy weapons by the government in suppressing the rebellion, especially around Aleppo, calling on both sides to adhere to a ceasefire and the international organization's widely ignored peace plan.

Syria's neighbors in the Arab League have issued even stronger denunciations. "The massacres that are happening in Aleppo and other places in Syria amount to war crimes that are punishable under international law," Arab League Secretary-General Nabil Elaraby said following a meeting in Cairo at the League's headquarters.

On Sunday, the U.N. observer mission in Syria tasked with monitoring the never-observed ceasefire was shot at, according to Ban, who said a five vehicle convoy of Lt. Gen. Babacar Gaye was struck by small arms fire near the central city of Homs.

More than 2 million people have been affected by the fighting in a country of 22 million, said Ban, adding that "more fighting is not the answer."