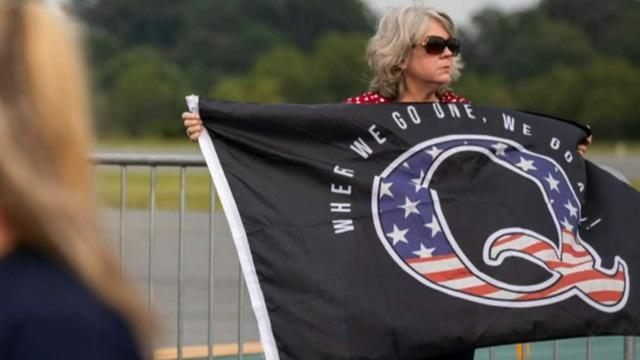 Citigroup has fired a senior vice president in the bank's technology department after probing his outside job running the most prominent website devoted to QAnon, a debunked yet popular conspiracy theory.

Jason Gelinas was put on paid leave in September after being identified as the person behind the site QMap.pub and related mobile apps. His role was first reported by Logically.ai, a fact-checking site.

"Mr. Gelinas is no longer employed by Citi. Our code of conduct includes specific policies that employees are required to adhere to, and when breaches are identified, the firm takes action," a spokesperson for the bank told CBS MoneyWatch.

"As outlined in our code of conduct, employees are required to disclose and obtain approvals for outside business activities," the spokesperson added.

It was hardly a typical side hustle, according to media accounts of Gelinas's alleged moonlighting. The former Citi executive is credited with helping transform an obscure and incoherent conspiracy cult into one affecting mainstream politics, with QAnon supporter and Georgia Republican Marjorie Taylor Greene expected to win a seat in the U.S. House of Representatives.

Popular among a group of supporters of President Donald Trump, the QAnon conspiracy theory includes claims that celebrities routinely participate in child sex trafficking and pedophilia. At its center is "Q," an anonymous user who started writing about the conspiracies on website 4chan.

Gelinas was raking in more than $3,000 monthly from a crowdfunded Patreon site dedicated to supporting the QAnon site, which he said helped cover its operating costs, according to Bloomberg News.

Along with his Wall Street job and running QAnon's largest news-aggregation hub, Gelinas lived what appeared to be a normal suburban life, with a house, wife and children in New Jersey, according to the business news service.

Launched in May of 2018, QMap had an accompanying app on the Google Play Store for $2.99, until it was deleted as "harmful content" in May, CNET reported.

QMap.pub had served as an aggregator of "Q drops," or anonymous posts on the website 8kun by a user purporting to have high-level government security clearance. Hard to navigate and filled with other unsettling content, 8kun spurred many people interested in QAnon to turn instead to aggregators that collect and present the Q drops.

QMap.pub became the most popular, reportedly drawing 10 million visitors a month, with user-friendly features including tags on posts to help people search for particular themes.

Since Gelinas was publicly outed, the QMap.pub site has been closed and now offers links to an alternative site offering information on the QAnon conspiracy. Facebook on Tuesday said it would remove pages, groups and Instagram accounts "representing" QAnon.