Cisco's latest plan to "grow, motivate and evolve" its sales channel partners to better emphasize virtualized data centers may sound like the type rah-rah that all tech vendors seem to undertake now and again. Usually it's actually doublespeak for increasing sales volume by lowering the amount resellers can make on any one deal. But for Cisco, the issue is far more critical. By entering new markets, the company is putting its channel, and itself, to a test that neither may be able to win.

The announcement came yesterday at the Cisco Partner Summit in Boston, and included the following :

There's a reason that Cisco is focusing on expanding its relationship with the sales channel: money.

Major enterprise vendors are feeling the growth pinch. When a company is massive, it takes ever more sales to get the type of revenue growth that investors like to see. And that combines badly with the current economic climate and the interest of IT departments to control spending, particularly in the area of capital expenditures. The market has largely become a zero sum game, so one big vendor can only grow at the expense of another. A channel of distributors, VARs, integrators, and resellers is critical to this intent, because it's the channel that often has the relationships with the end user customers.

But Cisco has a big problem. Most resellers carry a limited range of products, and generally focus on a few vendors. You might have a company that, for example, sells servers from one or two vendors, storage from one of those and perhaps a third vendor, networking hardware from another manufacturer, and so on. The dealers are considering combinations of technical trade-offs, margin they can make on selling the equipment, marketing support (read that as help and money) from the vendors, technical support, and so on. The more they concentrate on a few lines of products, the more volume they can sell from those lines, rather than scattering the sales across a greater selection. Increased volume improves the discounts they get and, therefore, the money they can make.

[My colleague Michael Hickins noted that Cisco's effort to take the data center was off to a rough start.]

To make a go at selling servers, and to help fuel growth, Cisco absolutely needs dealers to promote its products. And that means trying to get the attention of the dealers and talk them into changing their current product mix. This is going to be a difficult task. Even though the company presents this as selling virtualization, it really means selling Cisco computers instead of those from another vendor. In fact, although I'd be money that Cisco would claim great success in promoting the new product lines, this latest announcement would more likely suggest that it's having difficulties and, so, expanding the pool of sellers is the way the company can hedge its bets.

[Michael was also kind enough to send on something he had gleaned from the Cisco teleconference:

Cisco is intent on building confidence among its partners with a series of new revenue opportunities and certifications. John Growdon, director of go-to-market efforts for worldwide channels, telegraphed to partners that Cisco is leaving them the field when it comes to building services around Cisco technology. "We do not need to go out and create a massive service organization," he said in a very pointed barb at HP. "It's a very different approach than others have taken here," he added. 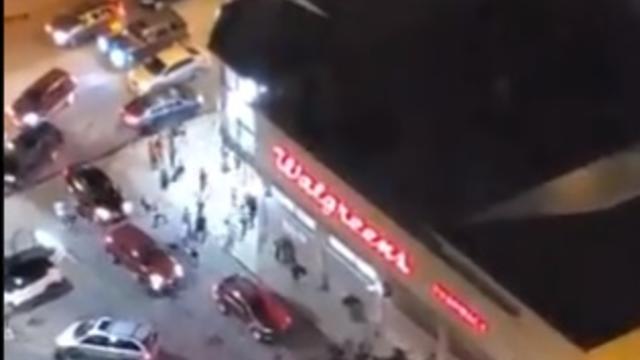