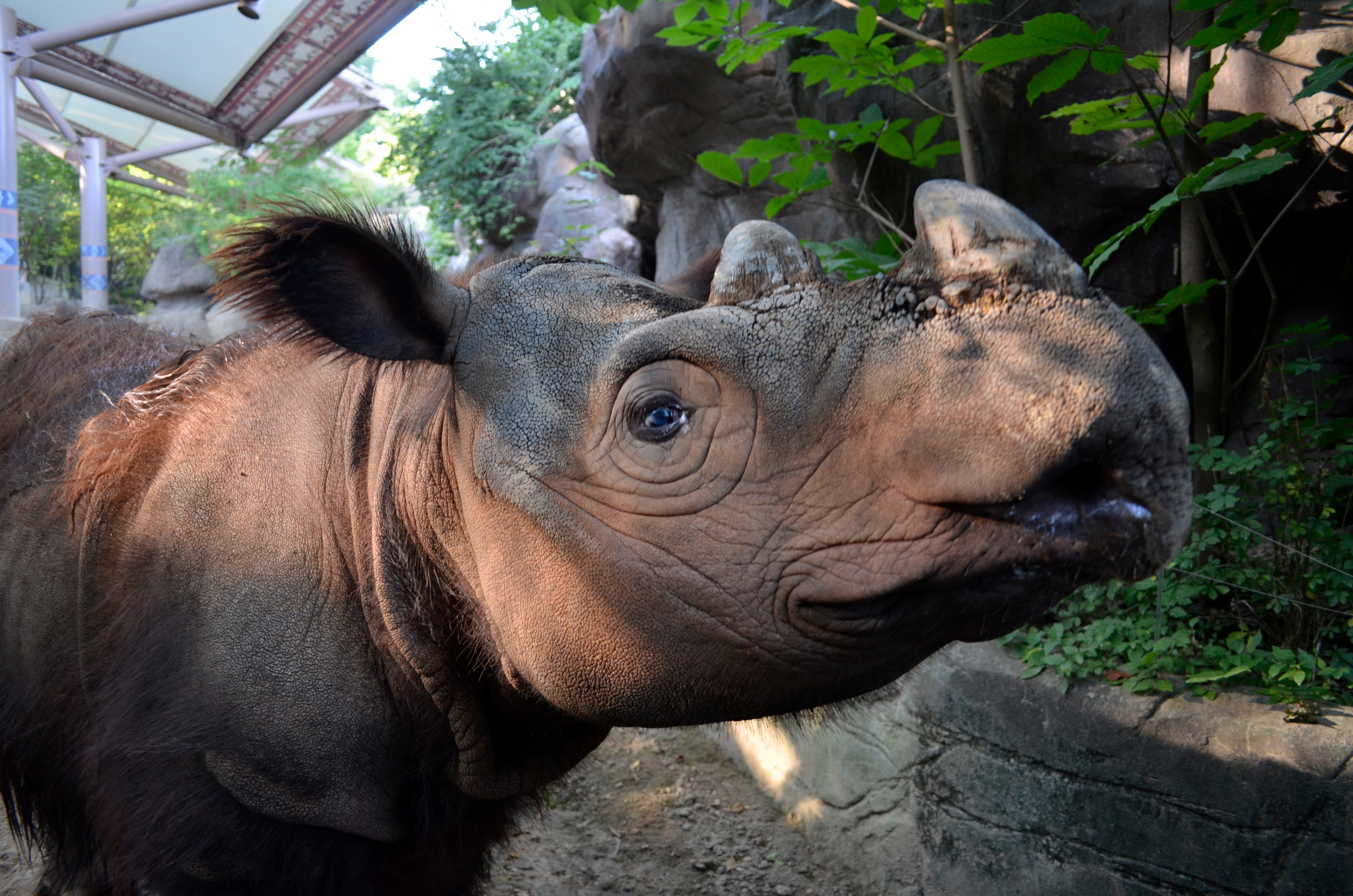 An Ohio zoo that has the last Sumatran rhino in the United States announced plans Tuesday to send him to Southeast Asia on a mission to mate and help preserve his critically endangered species.

Conservation experts at the Cincinnati Zoo say 8-year-old Harapan could be on his way within several weeks to Indonesia, where nearly all the estimated 100 remaining Sumatran rhinos live. Numbers of the two-horned descendants of Ice Age wooly rhinos have fallen by some 90 percent since the mid-1980s as development of their Southeast Asia forest habitat and poachers seeking their prized horns took their toll.

Cincinnati's zoo has been a pioneer in breeding the species, also called "hairy rhinos," producing the first three born in captivity in modern times. Harapan will join the eldest, Andalas, who has been in Indonesia since 2007 and has produced one male offspring. Andalas will turn 14 next month.

"We are very sad about the (Sumatran rhino) program coming to an end here in Cincinnati," said Terri Roth, the longtime head of the zoo's Center for Conservation and Research of Endangered Wildlife. "It's a huge loss for us. But it's the right thing, to at least have Harapan able to contribute to survival of the species."

She said Harapan is not only the last Sumatran rhino in the Western Hemisphere but also the last one regularly available for public viewing.

Roth said final details and permits are still being worked out so the transfer timetable is uncertain. It's expected Harapan will be flown to Jakarta, then taken by ferry to his ancestral island home of Sumatra. A zoo representative told CBS News they were "shooting for a move in October."

"Our preference would have been to keep him here and bring in a female to breed, but Indonesia is not sending any animals out of the country."

Rhino preservation officials in Indonesia weren't immediately available for comment Tuesday because of the time difference.

Veteran zoo rhino keeper Paul Reinhart will accompany Harapan. He and others will work with Harapan, who already has traveled across the U.S., to condition him to being in a crate for the long flight.

Harapan and Andalas' sister, Suci, died from illness last year at the zoo after the Cincinnati conservationists discussed trying to mate the siblings in a desperation move. Harapan was brought back to Cincinnati two years ago after being on loan to the Los Angeles Zoo. He also spent time in Florida's White Oak conservation center.

He will join Andalas at the Sumatran Rhino Sanctuary, where he lives with three females and his one male offspring, born in 2012, on the Indonesia island. With three Sumatran rhinos in a sanctuary in Malaysia and Harapan, there are only nine in captivity globally. Some scientists recently concluded that there are no more Sumatran rhinos living in the wild in Malaysia.

Conservationists and government officials met in Singapore in 2013 for a Sumatran Rhino Crisis Summit to discuss increasing action to protect the species.

Environment ministry officials in South Africa, home to most of the world's remaining rhinos overall, reported a total of 393 rhino poachings through April, an increase of more than 20 percent over the same period in 2014. Rhino advocates said recently they believe the losses are even higher.

South Africa has struggled to counter poaching syndicates cashing in on high demand for rhino horns in parts of Asia where some people claim they have medicinal properties for treating such maladies as hangovers and cancer.