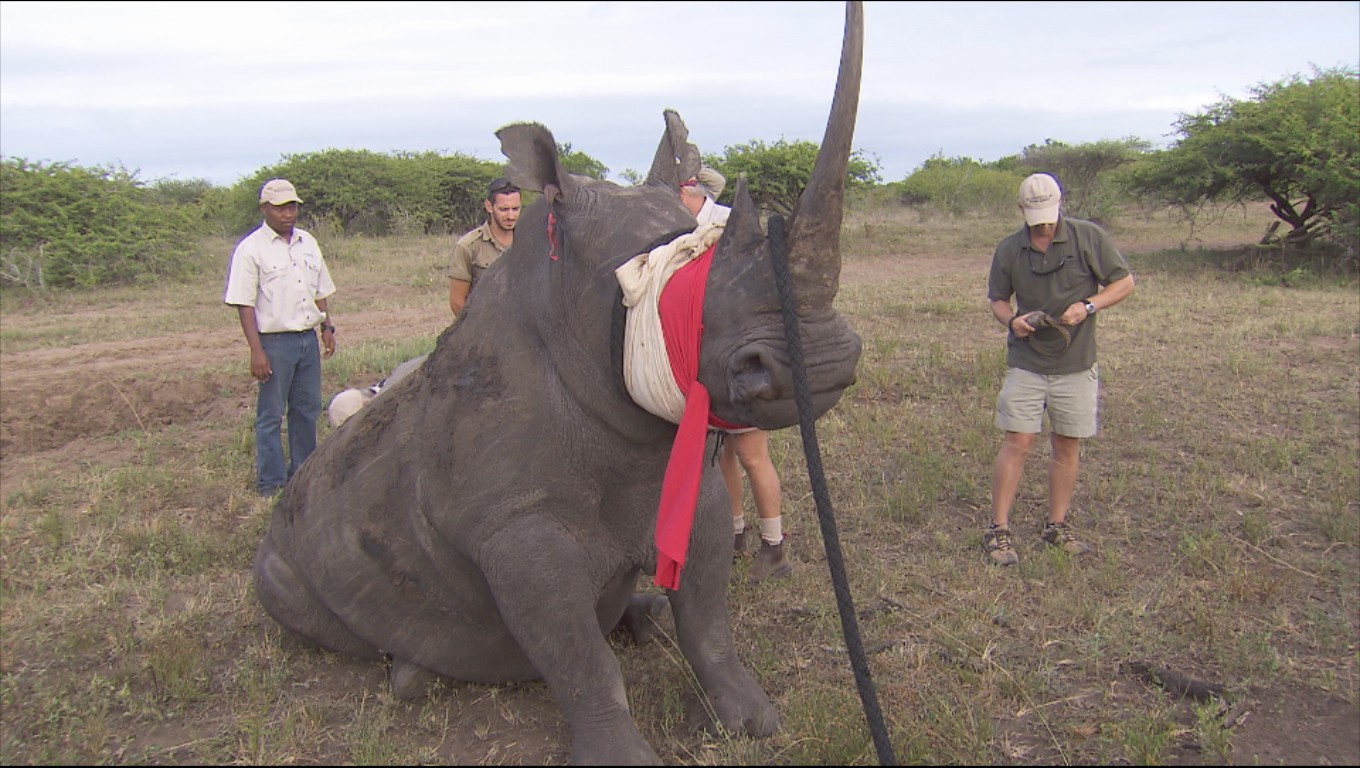 Rhinos without Borders is racing to save the animals from extinction. Last year alone, more than 1,200 were slaughtered in the country for their horns. Now, there's new hope for rhinos in South Africa in spite of the ongoing poaching crisis, reports CBS News correspondent Debora Patta.

This is the lure of the African bush: The cheetahs at sunset, elephants lazing at a water hole and, of course, the rhino. It's a magnificent prehistoric creature, but what tourists don't see is the dark side of the savanna. Rhinos are relentlessly slaughtered, their horns -- worth more than gold in Asia -- brutally hacked off and sold under the delusional belief it has medicinal properties. Desperate times demand desperate action.

The ambitious project spearheaded by wildlife conservationists and renowned filmmakers Dereck and Beverly Jourbert has been launched. It aims to airlift 100 rhinos from South Africa to safe havens in Botswana, which has a zero-tolerance policy towards poaching.

"This is an emergency intervention," Beverly said. "I do believe that if we don't do this, rhinos could go extinct in certain parts of Africa."

"If poaching gets out of control here, and it's on the edge, we could lose these populations and then have a safe haven and a breeding population somewhere else," Dereck added. "But in essence, what it is spreading their DNA, spreading the risk, you know, just getting, just future-proofing all of this."

On a day CBS News cameras were there, the target was 10 rhinos. Dave Cooper, for whom poaching was unheard of when he became a veterinarian 30 years ago, prepared a strong tranquilizer to dart a 1.2 ton rhino and immobilize it within four minutes.

From a helicopter, he is in constant radio contact with the team coordinating logistics on the ground and giving the go-ahead for the capture of the chosen rhino.

It's a race against time. The rangers must capture the rhino while it is still sleepy, but not wait too long before applying the antidote as the animal's heart and lungs are under pressure. The rhino is blindfolded, its ears plugged to block out all senses.

It's not a pleasant experience for the animal, but it is a brief period of discomfort that could ultimately save his life. Rangers try to airlift both bulls and females in order to create a future breeding population in Botswana that ultimately could be the key to preserving the species.

Once the antidote is given it takes around two dozen men to push the massive beast onto a crate, but it doesn't always go smoothly.

Sometimes a sleepy rhino just won't move and electric prods have to be used. It can be hard to watch, like the capture of a terrified baby calf.

Over two days, 10 rhinos were successfully captured, including a pregnant female.

"Right at the 11th hour, it's still never too late. You can't give up," Dereck said. "Species have come back from the brink of extinction before. I think that we've got overwhelming odds, but the purity of the soul will suffice."

It's a costly operation. The rhinos have to be quarantined and will then be flown to neighboring Botswana and released into the wilderness in a few weeks' time.

Why Priscilla Chan wants to turn inmates into coders