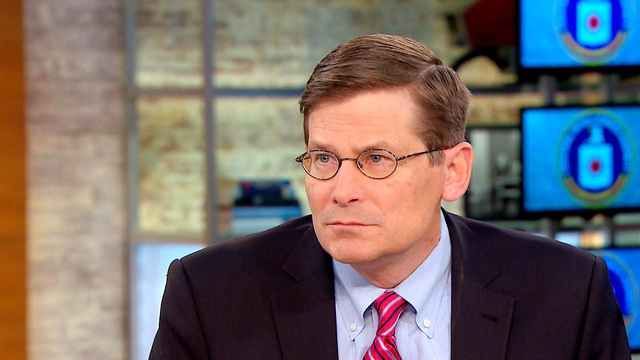 A damning new report published by Senate Democrats claims CIA leadership misled both Congress and the White House about the effectiveness and severity of so-called enhanced interrogation tactics.

The report alleges CIA interrogators used brutal tactics to extract information in the years after 9/11 -- including violence, sleep deprivation and hundreds of instances of waterboarding, but some, including former Director of the CIA George Tenent, claim those techniques should not technically be called "torture."

Former Deputy and Acting Director of the CIA Mike Morell, who is now a CBS News national security consultant, agrees.

"One of the reasons I react so strongly, as does George Tenet, to people calling it torture, was that the Department of Justice told us at time, this is legal, this is not torture," Morrell said. "So when people call it torture, I react strongly because it says my officers tortured people -- they did not torture anybody."

Morell served under Tenent and was involved in preparing the agency's response to the Senate Intelligence Committee's investigation into the CIA's enhanced interrogation program.

Regardless of officials' language defining these techniques, many Americans have moral concerns, bothered that harsh treatment, including waterboarding, forced enemas and sleep deprivation, was used.

"It's a difficult question. Because on the one hand you can say, what's the morality of doing this to another human being?" Morell said. "It's inconsistent with who we are as a country in terms of our stance on human dignity and human rights. But on the other hand, what's the morality of not doing this when you firmly believe that you need to do this to stop terrorist attacks and plots?"

More than a decade has passed since officials began using these methods to obtain intelligence after 9/11, and another question remain:. Would these same techniques be used today?

"You have to put it ... in the context of the times, and the times today are different, so I don't know," Morell said. "We had credible intelligence reporting of a second wave attack. We had credible intelligence reporting that bin Laden was meeting with Pakistani nuclear scientists to acquire a nuclear weapon, and we captured people who we believed had information on those plots and we were not learning anything from them."

Morell was acting director of the CIA in early 2013 and thus was not involved in the program early on. He said when he first read the agency's response to the Senate report on torture, he made sure it was right and that it would "stand up to scrutiny."

"I pored over this program in early 2013 like I've never pored over anything before," he said. "And when I walked away from studying the Senate report and studying our response, talking to our officers, I became actually more convinced that this program was effective in getting information that led to the capture of additional senior operatives that stopped plots that would have killed Americans. I have no doubt about that."

As with many, Morell does not believe the Senate report holds water, pointing to two key points that are flawed and incorrect.

"One is that many of its main conclusions are simply wrong. For example, program not effective? Not true. CIA lied to Congress, lied to the White House, lied to the Department of Justice, simply not true," Morell said. "Second is it leaves out much of the story."

"Congressmen who were briefed on this program in 2002, 2003, 2004, supported this program, and some even thought that we did not go far enough," Morell said.

He said President George W. Bush in 2006 was briefed by the National Security adviser and knew everything that was going on.