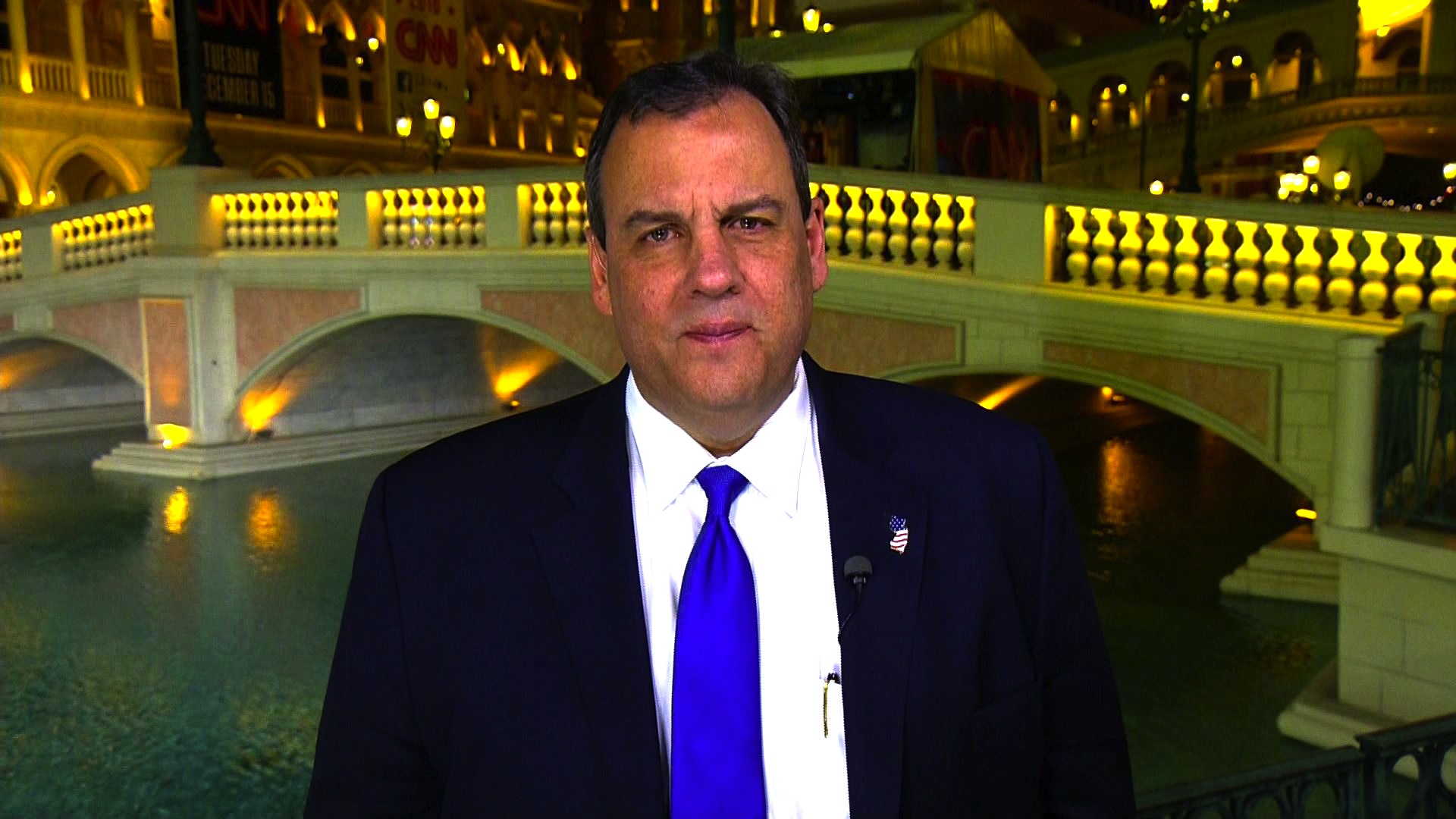 Responding to a debate-night jab from presidential hopeful Rand Paul, Chris Christie launched his own attack at the Kentucky senator, calling him "unfit" to be commander-in-chief during an appearance on "CBS This Morning" early Wednesday.

"You see the problem for folks like Sen. Paul is that they don't realize we're already in World War III," Christie said. "The fact is this is a new world war and one that won't look like the last two. And this is one where it's radical Islamic jihadists everyday are trying to kill Americans and disrupt and destroy our way of life."

Christie added of his GOP rival: "If he doesn't understand that we're already in that war, then it's just another example of why he's so unfit to be president of the United States."

Late Tuesday during the debate, the Kentucky senator hit Christie for saying he would shoot down a Russian plane in a Syrian no-fly zone, saying that "if you're in favor of World War III, you've got your candidate." Paul also called out the New Jersey governor for the 2014 Bridgegate scandal, insinuating that someone who would be in favor of a third world war would also back the shutting down of a bridge for political retaliation -- something Christie aides had previously been accused of.

Christie doubled down on his no-fly zone proposal, adding that the "rules of engagement would be very clear."

"If [Russians] go into our no-fly zone after we've warned them to stay out, then they would be shot down," the Republican contender, bumped up from the undercard Fox Business debate into CNN's main stage on Tuesday, told CBS News. "It will be made very clear to them what those rules were. If they decided to violate them, that's what the no-fly zone means - don't fly, and if they fly there, their pilot will get shot down."

The New Jersey governor also expressed skepticism that Russia was truly a U.S. ally in the fight against the extremist terror group the Islamic State of Iraq and Syria (ISIS).

"I don't believe that that's the case," he said. "The fact is Russia's been stealing our lunch money the entire time from the Obama administration -- from Hillary Clinton's reset button to going into Crimea and Ukraine and the activities they're doing in Syria to prop up their puppet, Assad. So ISIS is simply not being attacked by Russia. Russia is in Syria along with Iran to prop up Assad."

Christie continued: "If that offends folks in the U.N. crowd, I' m sorry but America needs to assert itself again."

And of Russia, he said that, "they are aligning with the Iranians to try and create an Iranian empire across the Middle East. I don't call that a friend."

When pressed about what he would do to take down Syrian President Bashar al-Assad, the presidential candidate said that a solution would have to "be the product of talks between our NATO allies with us and our Arab in the coalition."