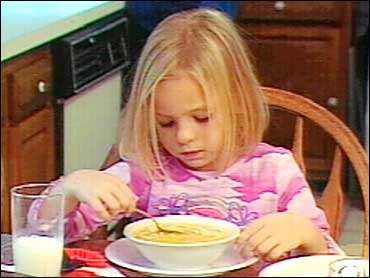 Gender selection is an idea that was initially used to help parents avoid passing genetic disease to their children, but is increasingly used to help couples achieve a family balance between boys and girls.

One company in Virginia at the forefront of the technology will soon be offering this service to a wider public. Early Show Medical Correspondent Dr. Emily Senay reports.

Scott and Monique Collins were among the first parents to scientifically select a female child: 6-year-old daughter Jessica.

"After having two boys, I thought they needed a sister, too. Probably more so for me. I wanted to have a daughter. It was just real important that I had a daughter," says Monique Collins.

"I wanted to have someone to play Barbies with and to go shopping with; I wanted the little girl with long hair and pink and doing fingernails," she adds.

Doctors at the Genetics and IVF Institute in Fairfax, Va., have developed the technology to select the gender of a child before conception by sorting and separating male and female sperm.

So far, more than 300 babies have been born using this technique. Dr. Blauer says couples must be screened before the technique is offered.

"Currently, we have two indications approved. The first would be for prevention of genetic disease such an x-linked disorder like hemophilia. The second is for family balancing, where the couple is married, and they would like a child of the less-represented gender. For instance, if they have three boys, we would help them have a girl or vice versa," Dr. Blauer says.

For Debbie and Marcel, the technique was a matter of life and death. They were selected to avoid a devastating genetic form of muscular dystrophy that only passes from mothers to sons.

"I had a brother that was affected with the disease. As a child, living through watching someone suffer from the disease, I didn't want to put another child through that suffering," says Debbie.

Lizette and Andy Frielingsdorf jumped at the chance to select their baby daughter Jessica.

"A little girl to me is so sweet -- and daddy's little girl -- and you do different things with girls than you do with boys and I wanted to experience both," says Andy Frielingsdorf.

"We did just want another healthy baby. That was the bottom line. But if it could be a healthy girl, why couldn't we have that, too?" asks Lizette Frielingsdorf.

"She's really, really fun, and I like to make her laugh," says Jordan about his sister, Jessica.

The cost is about $2,500. But it can get more expensive if in vitro fertilization techniques are required in addition.

Another method of gender selection is pre-implantation genetic diagnosis in which embryos are screened for gender selection after they have been conceived. It is commonly used to screen for genetic diseases. Most experts view fertilizing multiple embryos as an unacceptable way to choose gender.

Some of the ethical considerations of gender selection include gender discrimination, and many question the idea because they feel it might open up a Pandora's box of selecting traits like intelligence or race.