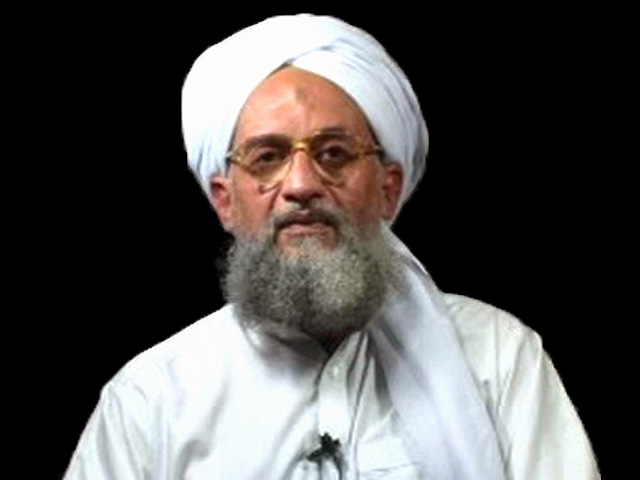 BAGHDAD — A week after the death of Osama bin Laden, his longtime deputy is considered the front-runner to succeed the iconic al Qaeda founder. But uprisings in the Middle East and changing dynamics within the group could point to another scenario: a decision not to appoint anyone at all to replace the world's most-wanted terrorist.

Replacing bin Laden, who founded al Qaeda more than two decades ago and masterminded 9/11, may be no easy task. Analysts say the choice will likely depend on how the terror organization views its goals and priorities in the post-bin Laden age.

The revolt across the Arab world over the past few months was driven by aspirations for Western-style democracy, not the al Qaeda goal of a religiously led state spanning the Muslim world. And as al Qaeda struggles to prove its relevance, the group has become increasingly decentralized and prone to internal disputes.

"You almost have to start with the question of 'Can he be replaced?' said Lt. Col. Reid Sawyer, the director of the West Point, N.Y.,-based Countering Terrorism Center.

One of Bin Laden's sons may have escaped raid
Pakistan not charging bin Laden wives with crimes
Special section: The killing of Osama bin Laden

Whether al Qaeda "even need name an 'official' new leader is uncertain," wrote Rita Katz and Josh Devon in a report by SITE Intelligence Group, which monitors jihadist web traffic. "So long as the group can continue to issue messages ... the group will remain a guiding light for the global jihadist community."

If al Qaeda does pick a successor, Sawyer and other analysts said Ayman al-Zawahri, 59, is the most likely choice because he was bin Laden's longtime deputy and has far more experience than younger candidates.

Few may want to challenge him openly for the top spot, analysts said.

"If he is passed over for someone else, it tells me that al Qaeda has already splintered," said Fawaz Gerges, an al Qaeda scholar at the London School of Economics.

Al-Zawahri is an Egyptian doctor who is believed to be hiding somewhere in Pakistan. He founded the Egyptian Islamic Jihad, which was dedicated to overthrowing Hosni Mubarak's government, before merging his group with al Qaeda.

But al-Zawahri lacks bin Laden's personal appeal, and some members of al Qaeda have found him a controlling micromanager, said a senior U.S. intelligence official who briefed reporters in Washington.

"There are strong indications that he is not popular within certain circles of the group. So I believe it's an open question as to who will take over," said the official, who requested anonymity to discuss sensitive issues frankly.

One possible challenger is Abu Yahia al-Libi, a Libyan who serves as al Qaeda's Afghanistan commander. Al-Libi, an Islamic scholar, escaped from the U.S.'s Bagram Air Base in Afghanistan in 2005 and began appearing in videos released by the terror group.

Another possibility is Saif al-Adel, an Egyptian who was indicted by the U.S. for his role in the Aug. 7, 1998 bombings of U.S. embassies in Tanzania and Kenya that killed 224 people. But his close ties with al-Zawahri and lack of religious credentials make him unlikely to lead the group.

Other militants better known in the West, such as Afghan Taliban leader Mullah Mohammed Omar or American-born Adam Gadahn, known as Azzam al-Amriki, stand no chance. Mullah Omar was never a member of al Qaeda, and Gadahn lacks stature within the movement.

Another well-known name, U.S.-born cleric Anwar al-Awlaki, is considered a long-shot at best. Al-Awlaki, who is based in Yemen, is one of the most prominent English-language radical clerics whose sermons have influenced militants involved in attacks or attempted attacks on American soil. But his lack of operational experience and the fact that he's not even the top leader in al Qaeda in the Arabian Peninsula argue against him.

If al-Zawahri is the successor, he will face sharp challenges in trying to make his severely debilitated organization a force following the Arab spring and bin Laden's death May 2 in a U.S. raid on his hideout in Abbottabad, Pakistan.

After the 9/11 attacks, the West feared that jihad would resonate among millions of disadvantaged and disaffected Arab youths, who saw bin Laden's teachings as the best way to shake off the oppressive governments and the Americans who backed them.

The appeal of al Qaeda's message lost much of its luster in the savagery of the Iraq war, when the terror movement's Iraqi franchise massacred thousands of Shiite civilians and butchered helpless hostages before television cameras.

In the popular revolts that broke out in Tunisia and spread throughout the Arab world, youthful protesters demanded democracy — a system of government despised by jihadis as against the laws of God — rather than a religiously based state as called for by al Qaeda.

For the three-fifths of the Arab population that is under 30, the bombings on Sept. 11, 2001, are at best a childhood memory.

"Bin Laden became part of the past, just like the Arab regimes that have been toppled," said Khalil el-Anani, an expert on Islamic jihadi movements. "What a coincidence that the same year Arab authoritarian rulers collapse, bin Laden dies."

Al-Zawahri is likely to try to reconnect to people outside al Qaeda's core group as a way to rebuild the organization, wrote Noman Benotman and James Brandon in a report by Quilliam, a British counterterrorism think tank.

Retired Brig. Asad Munir, former station chief for Pakistan's Inter-Services Intelligence in the frontier regions, said it will be difficult to unite the various ethnicities and nationalities that make up the organization.

The group's affiliate in Yemen, al Qaeda in the Arabian Peninsula, has eclipsed the central organization in its ability to raise money and recruit Westerners, U.S. officials have said.

"AQAP has sought to portray itself as a peer organization, not a subordinate organization. I think that has led to some tension," said Christopher Boucek, a scholar with the Carnegie Endowment for International Peace who has testified before Congress on the al Qaeda threat in Yemen.

Al Qaeda in Yemen also differs from the core because, according to the U.S., at least some of its members have sworn oaths to their own leader, Naser Al-Wahishi.

Boucek said it's an "open and shut question" that al-Zawahri will replace bin Laden as head of al Qaeda. The bigger question, he said, is whether the group and its affiliate will follow him or whether al Qaeda will splinter.

Under al-Zawahri's leadership, many al Qaeda analysts say there would be few immediate changes in al Qaeda's operating principles. Al-Zawahri and bin Laden had no ideological differences and both considered the U.S., known in jihadist circles as the "far enemy," as the most important target.

But there will be a push for more small-scale attacks that target fewer civilians, said Moazzam Begg, a Briton who was held in Guantanamo for more than two years before being released in 2005.

Begg, a religious Muslim who claimed he had no ties to al Qaeda, may have developed insights during his imprisonment into the workings of the terror group. He has since become an analyst and lecturer and was interviewed after a visit to Egypt, where he met with Muslim Brotherhood members.

"There is wide recognition that strikes against civilians are not popular," said Begg. "And the popular street opinion is what is dominant now. What is happening with the Arab spring will far supersede the question of who will follow bin Laden."

Munir said he would expect more attacks inside Pakistan. In his messages, al-Zawahri has often called for the overthrow of the Pakistani government.

Many analysts question whether the al Qaeda leadership will even announce a new leader. Al-Zawahri has not been heard from since bin Laden's death, and a communique confirming bin Laden was killed was signed only by the "General Command of al Qaeda" and did not address the issue of succession.

The mourning period for bin Laden could delay the process. And in order to name a successor, al Qaeda leaders would likely have to meet in person, Sawyer said. That is something the militants may be reluctant to do while U.S. officials comb through the material Navy SEALs found in bin Laden's hideaway.