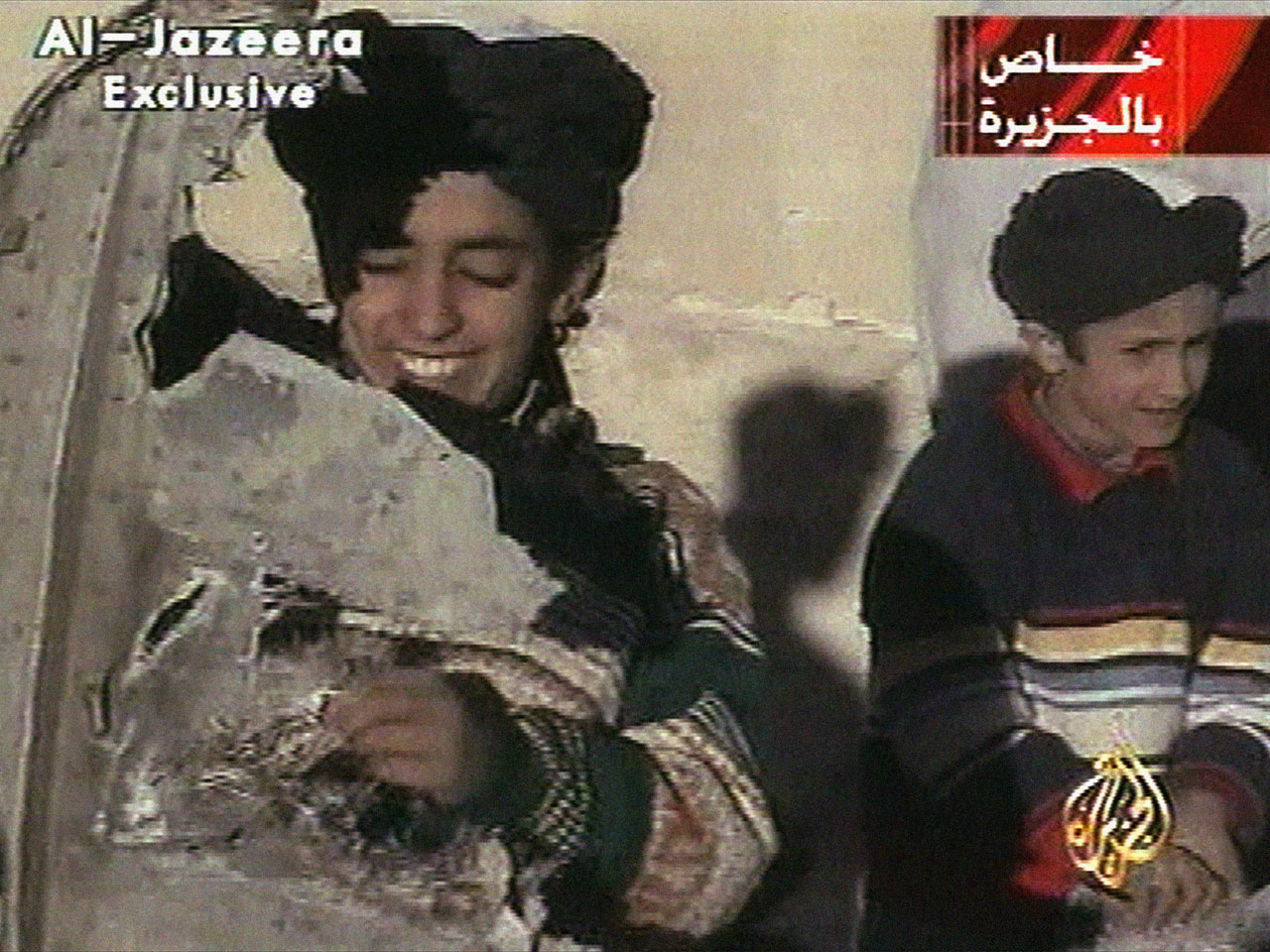 Osama bin Laden's widows have told Pakistani security officials that they believe one of their sons is still missing amid the confusion following the raid on his Abbottabad compound, several news outlets are reporting.

The U.S. military has said that bin Laden's son Khalid, 22, was killed in the raid, but the current speculation is that the missing son is Hamza bin Laden, 19, dubbed in the British tabloids as "the Crown Prince of Terror," the Daily Mail reports.

Hamza is the youngest of bin Laden's surviving children. Reports differ, but bin Laden is suspected of having fathered around 20 or so children.

Intelligence officials say that varying accounts of what happened in the raid, coupled with the widows' testimony thus far, left them unable to account for at least one person they believed lived at the house with bin Laden, the Daily Telegraph reports. The most likely missing suspect is Hamza.

Pakistan not charging bin Laden wives with crimes
Boehner to Pakistan: "Are we real allies?"
Special section: The killing of Osama bin Laden

Hamza first hit the world stage in a propaganda video dubbed 'The Mujahideen of Waziristan,' in which the then-14-year-old is seen participating in a fight against Pakistani security officials, the Times of India reports. Later reports have described Hamza as a senior al Qaeda member.

In the video, Hamza called for an acceleration in the "destruction" of America, Britain, France and Denmark, the latter singled out for the publishing by its largest selling broadsheet of caricatures of the Prophet Mohammed, the Telegraph reports. Hamza allegedly says:

"Oh God, reward the fighters hitting the infidels and defectors. Oh God, guide the youth of the Islamic nation and let them assist with the fighters' plans. God, be pleased with those who want to go for jihad - and blind those who are watching and want to capture them. Grant victory to the Taliban over the gangs of infidels."