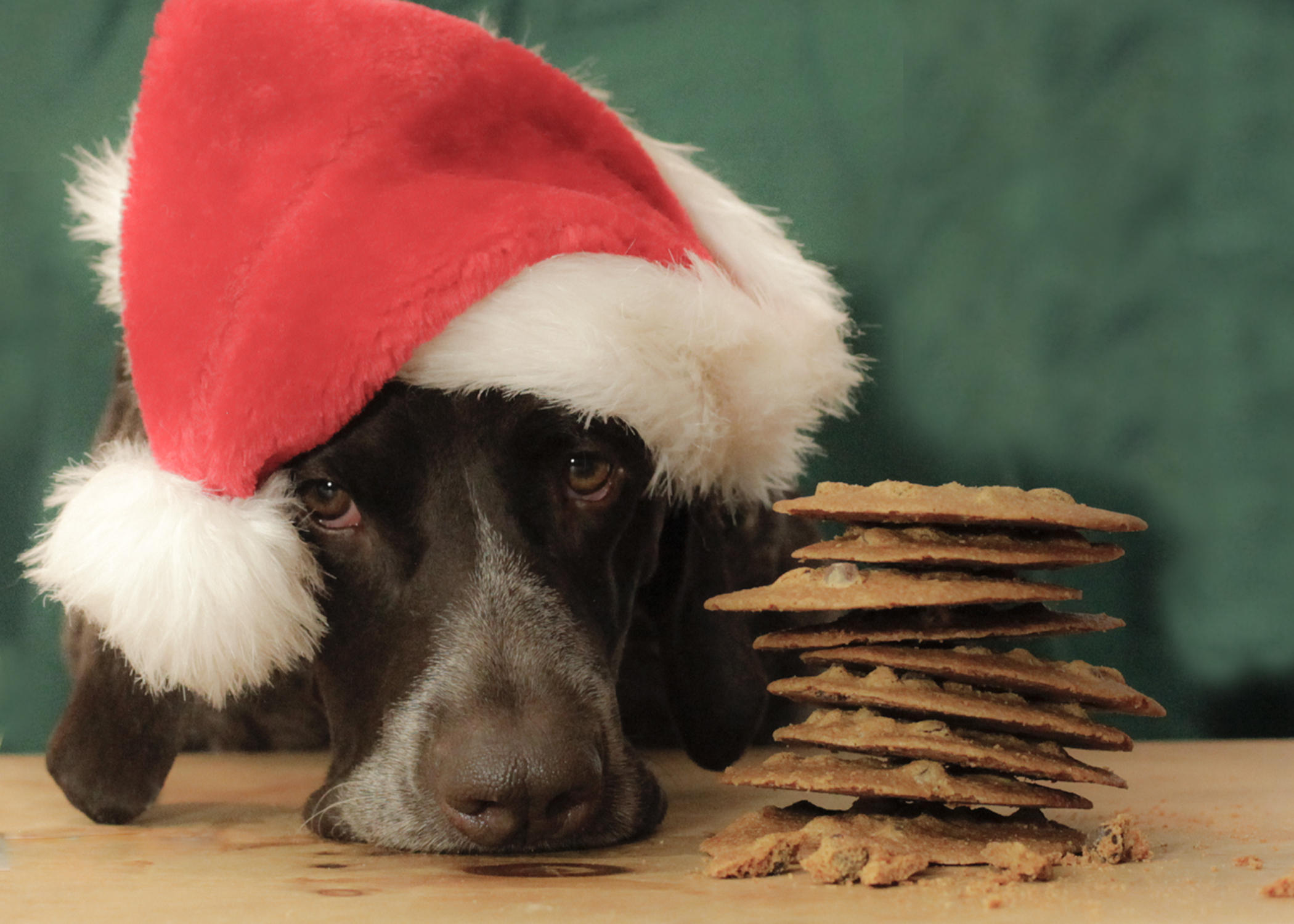 As families fill their homes with festive treats leading up to the holidays, experts are warning pet owners not to unknowingly put their dogs at risk.

A new study published in Vet Record, the official journal of the British Veterinary Association, finds that the risk of chocolate poisoning in dogs peaks over the Christmas season, and to a lesser extent at Easter.

Researchers from the University of Liverpool say dog owners need to be aware of the heightened risk and take extra steps to protect their four-legged friends.

Chocolate contains theobromine – a stimulant similar to caffeine – that can cause symptoms like vomiting, increased heart rate, agitation, and seizures in dogs.

While chocolate has long been recognized as a health risk for dogs, the researchers wanted to investigate if there were any seasonal patterns to exposure.

For the study, they analyzed records from 229 veterinary practices in the U.K. between 2012 and 2017 for consultations relating to dogs who consumed chocolate around Christmas, Easter, Valentine's Day and Halloween. Overall, the researchers included 386 cases from 375 individual animals in their analysis.

The results showed dogs were more than four times as likely to be brought to the vet for eating chocolate at Christmas time than non-holiday dates. Around Easter, pups were twice as likely to be seen for chocolate-related illness.

The researchers observed no peaks around Halloween or Valentine's Day.

Vomiting was the most frequent symptom, reported in 64 cases, while an elevated heart rate, above 120 beats per minute, was reported in 28 cases. Agitation and restlessness occurred, but were less common, only appearing in 12 cases, while seizures were not reported at all. None of the symptoms were considered life threatening in any of these cases.

The report also showed that younger dogs, under the age of 4, were at a greater risk than older dogs. No particular breed was associated with an elevated risk.

"It's important that owners are aware that chocolate is potentially toxic, especially to dogs," Radford said. "They should keep chocolate away from their pets, especially at festive seasons like Christmas and Easter, when it tends to be more available."

If you are worried your dog may have eaten a toxic amount of chocolate, call your vet immediately and be prepared to describe the type of chocolate and the amount consumed.