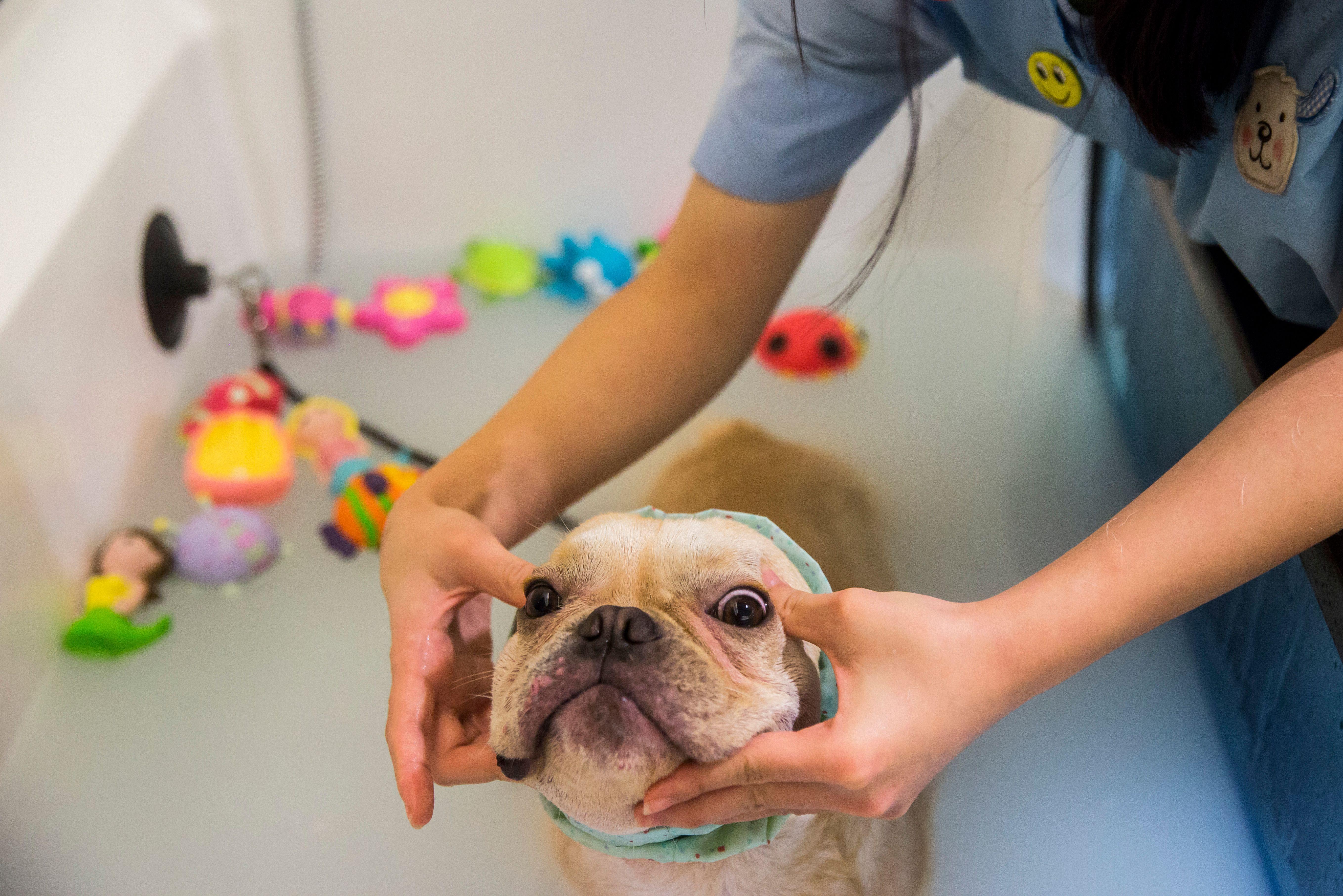 As the city welcomes the Year of the Dog, pet owners are pushing out the boat more than ever to ensure their pooches are glossed and spritzed, with money no object.

"I treat her as my daughter," says Cream's owner, Margaret Lam, 45.

"I want her to be beautiful," she adds, picking out a tiny HK$600 ($76) fur-trimmed jacket off a clothing rack at dog spa SexySushi, where Cream is having her treatments.

With a lack of parks and dog-friendly open spaces, pooches in Hong Kong are often wheeled around in strollers or carried in their owners' handbags.

Pint-sized breeds like bichons, poodles, teacup yorkies and chihuahuas are particularly popular in the space-starved city.

SexySushi, in the fashionable neighbourhood of Sai Ying Pun, sells itself as a "prestige pet grooming salon" and refers to dog owners as "parents".

It offers milk and herbal spa treatments, designed to improve fur quality and treat skin problems, and oxygen therapy, which the salon says calms the animals. There are also ear-cleaning and manicure services, with some treatments costing well over HK$1,000.

Owners can buy accessories and clothing, including hoodies, bowties and even lace panties for their dogs.

SexySushi founder Monna Lam says she doesn't think the treatments are over the top.

"Pets also deserve better things for their lives," insisted Lam, who has 12 dogs herself, while her pomeranian named Cupcake enjoyed an extravagant afternoon.

"The dogs are very happy in here," Lam said.

"Sometimes they even fall asleep during the grooming service."

Lam, 30, who set up the store three years ago, said most clients bring their dogs in every two weeks for upkeep and trimming, and once every few months for full grooming.

Owen Evans, 39, a web developer who has been in Hong Kong for a year, had brought his Yorkshire terrier Jackson to the shop for the first time and vowed to return.