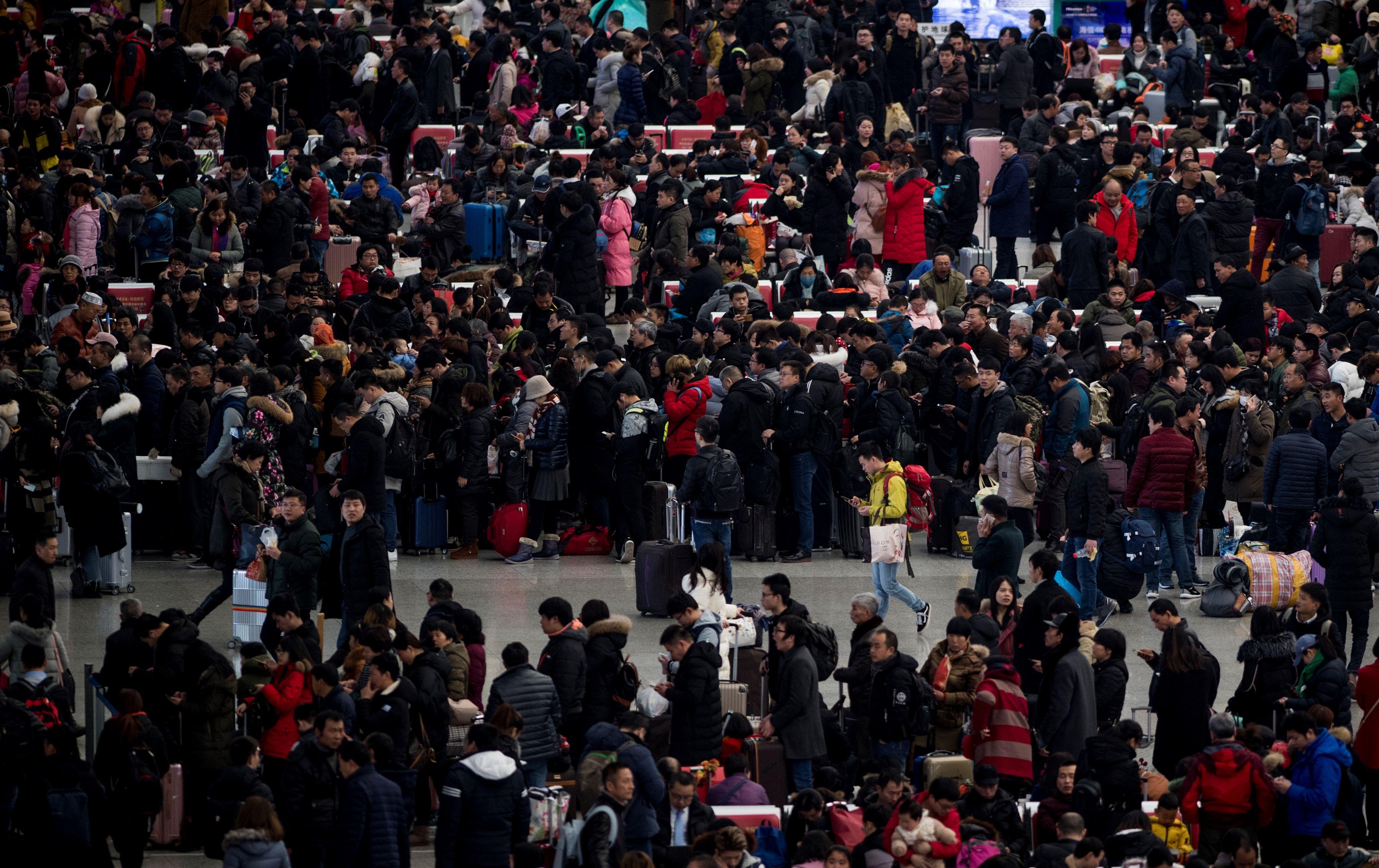 China's most important festival falls on Friday and people were traveling to either return to their hometowns or flock to vacation destinations. For many migrant workers in the country's industrialized east, the holiday may be the only time of year they return home to see family and friends.

Weeks before the rush, many travelers had used smartphone apps to snatch up tickets that later sold out. Some train journeys between cities and rural areas last more than 20 hours, with passengers crowded into cabins that are standing room only.

Increasing numbers of Chinese have also been traveling abroad in recent years, reflecting rising prosperity among the urban middle class.

More than 6.5 million are expected to head overseas this year, according to a joint report from travel agency Ctrip and the China Tourism Academy.

Travelers have booked voyages to more than 68 nations and regions, the report said, with Thailand, Japan, the United Arab Emirates and Nordic countries among the top destinations. The average Chinese tourist spends about 9,500 yuan ($1,500) on a Lunar New Year trip, the report said.