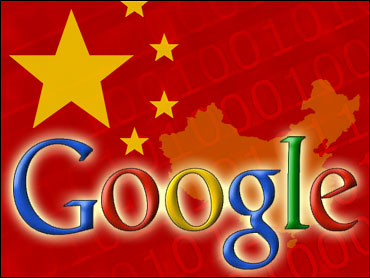 China's state-controlled media intensified criticism of Google on Monday, accusing the U.S. company of playing politics by threatening to shut down its China-based search engine.

Chinese news reports say Google Inc. is on the verge of making good on a threat to shutter its China site, Google.cn, because Beijing forces the Internet giant to censor search results.

Commentaries carried by Xinhua News Agency, the China Daily newspaper and other state media accused Google of harboring a political agenda and said the company must comply with local laws.

"Business is business. But when it involves political tricks, business will come to an end soon," the China Daily wrote.

Other recent commentaries also have skewered Google while skating over the censorship issue that rankles many Chinese, and the critical tone and timing of the editorial onslaught bore the hallmarks of a coordinated government campaign.

Duncan Clark, managing director of BDA China Ltd., a technology market research firm, said he was told by an official in the Shanghai government that Chinese newspaper editors were ordered last week to get on message. He declined to identify the official.

"The key for the government is to have their line reach the public and to placate the public on this," Clark said. "So that's what they're doing with the editorials."

The Internet, while heavily monitored, is the most freewheeling part of China's tightly regulated media world. Google has said it would shutter the Chinese search engine unless the government allow the company to operate a relatively uncensored search engine - a demand that in essence would mean tearing down the so-called "Great Firewall" that the government uses to keep its citizens from finding politically sensitive information and images.

Since Google announced it was considering the shutdown in January, many Chinese have watched with dismay, disbelieving that Google would quit the lucrative China market over censorship yet at the same time unhappy about being reminded of the government's continued heavy policing of the Internet.

The China Daily's editorial, titled "The Biggest Loser," said that Google and not China will suffer most if it goes - a good-riddance theme that ran through most of the editorials.

"Google's curtain is falling. But in China's progressing, booming search market of 350 million Web users, a fantastic play has just started," the English-language Global Times newspaper said. "No one can afford to miss it."

Popular Chinese blogger Wen Yunchao said the critiques were a sign that negotiations had broken down and that the government had no interest in finding a way to retain Google.cn.

He also said the opinions in the newspapers were shared by some ordinary Chinese who distrust Google's explanation for wanting to leave.

"I don't know the ratio but I am sure a lot of people will agree with these editorials," said Wen. "I know plenty of people who felt this way before the editorials, particularly businesspeople who questioned Google's explanation that this was a moral decision. They believe it was because Google had business problems."