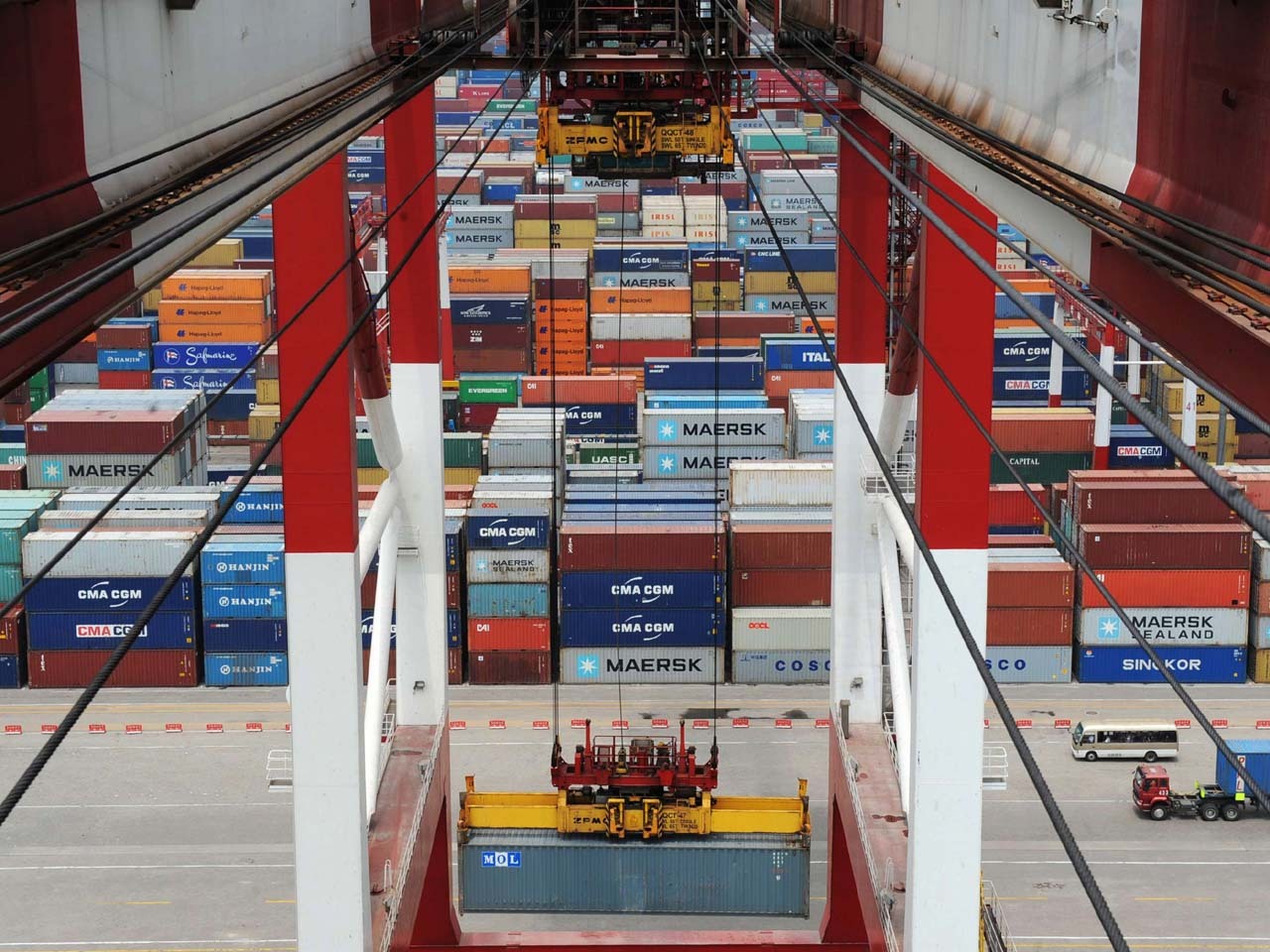 Imports declined 2.6 percent from a year earlier, below analysts' expectations of growth in low single digits, data showed Monday. That came on top of August's decline in factory output to a three-year low and other signs growth is still decelerating despite repeated stimulus efforts.

The weakness in China's demand for imports is bad news for exporters in Southeast Asia, Australia, Brazil and elsewhere that are counting on its appetite for oil, iron ore, industrial components and other goods to offset anemic Western markets.

Analysts expect Chinese growth that fell to a three-year low of 7.6 percent in the latest quarter to rebound late this year or in early 2013. But they say it likely will be too weak to drive a global recovery without improvement in the United States, which is struggling with a sluggish recovery, and debt-crippled Europe.

"Pressure for economic growth to slow is obvious," Hu said at the Asia Pacific Economic Cooperation meeting in Vladivostok, Russia, according to a text released by the Chinese government.

Hu's speech Sunday gave no growth forecast or details of possible new stimulus but promised to continue a "proactive fiscal policy," or government spending to pump up the economy.

Beijing has cut interest rates twice since early June and is pumping money into the economy through higher spending on building subways and other public works. Still, activity has weakened steadily, spurring some analysts to cut growth forecasts and push back the timing of a possible recovery.

"The comments made by President Hu yesterday made it clear that there will be more funding support for infrastructure investments," said Goldman Sachs economists Yu Song and Yin Zhang in a report.

The slowdown hit at a politically sensitive time for the ruling Communist Party, which is trying to enforce calm as it prepares to hand power to Hu's successor and other younger leaders in a once-a-decade transition.

The slump in global demand has forced thousands of Chinese exporters out of business, raising the threat of job losses and possible unrest.

August exports rose, but by only 2.7 percent over a year ago, down from the double-digit growth of recent years as Europe's debt woes and a sluggish U.S. recovery hurt demand for Chinese goods.

Exports to the 27-nation European Union, China's biggest trading partner, fell 4.9 percent from a year earlier. Sales of Chinese goods to Italy plunged 26 percent, while exports to France and Germany were off 8.6 percent and 7.9 percent, respectively.

The import weakness pushed China's global trade surplus to $26.7 billion, double the level of a year ago.

Imports in August totaled $178 billion while imports were $151.3 billion.

Adding to signs of weakening Chinese demand, growth in auto sales tumbled to 3.7 percent in August. That figure reported by the China Association of Auto Manufacturers extended a decline from July's 11 percent growth and June's 15.8 percent rate.

Chinese authorities have reacted cautiously to the current slowdown after their huge spending in response to the 2008 global crisis fueled inflation. They have approved a multibillion-dollar wave of spending on public works construction and investments by state companies but are reviewing projects carefully rather than indiscriminately throwing money at the economy.

In its latest move, the communist government announced 25 new subway construction projects last week budgeted at tens of billions of dollars. It also has approved construction of new highways, airports, steel mills and other facilities.

Despite that mini-stimulus, August growth in factory output weakened to 8.9 percent from July's 9.2 percent - the weakest since May 2009 in the depths of the global crisis.

Analysts have trimmed their China growth forecasts for this year and in 2013, though to levels of 7.5 to 8 percent that still are robust by U.S., European or Japanese standards.

"Economic activity has remained weak as export growth slowed, policy support was not as rapid or aggressive as previously envisaged and industries continued with inventory adjustments," said UBS economist Tao Wang in a report last week.

Wang cut her growth outlook for this year from 8 percent to 7.5 percent and from 8.3 percent next year to 7.8 percent.

The government also could face trouble from an upturn in inflation that could make it harder to cut rates without the risk of igniting a new price spike.

Inflation in August rose to 2 percent from July's 1.8 percent, driven by a 3.4 percent gain in food prices, up from the previous month's 2.4 percent.