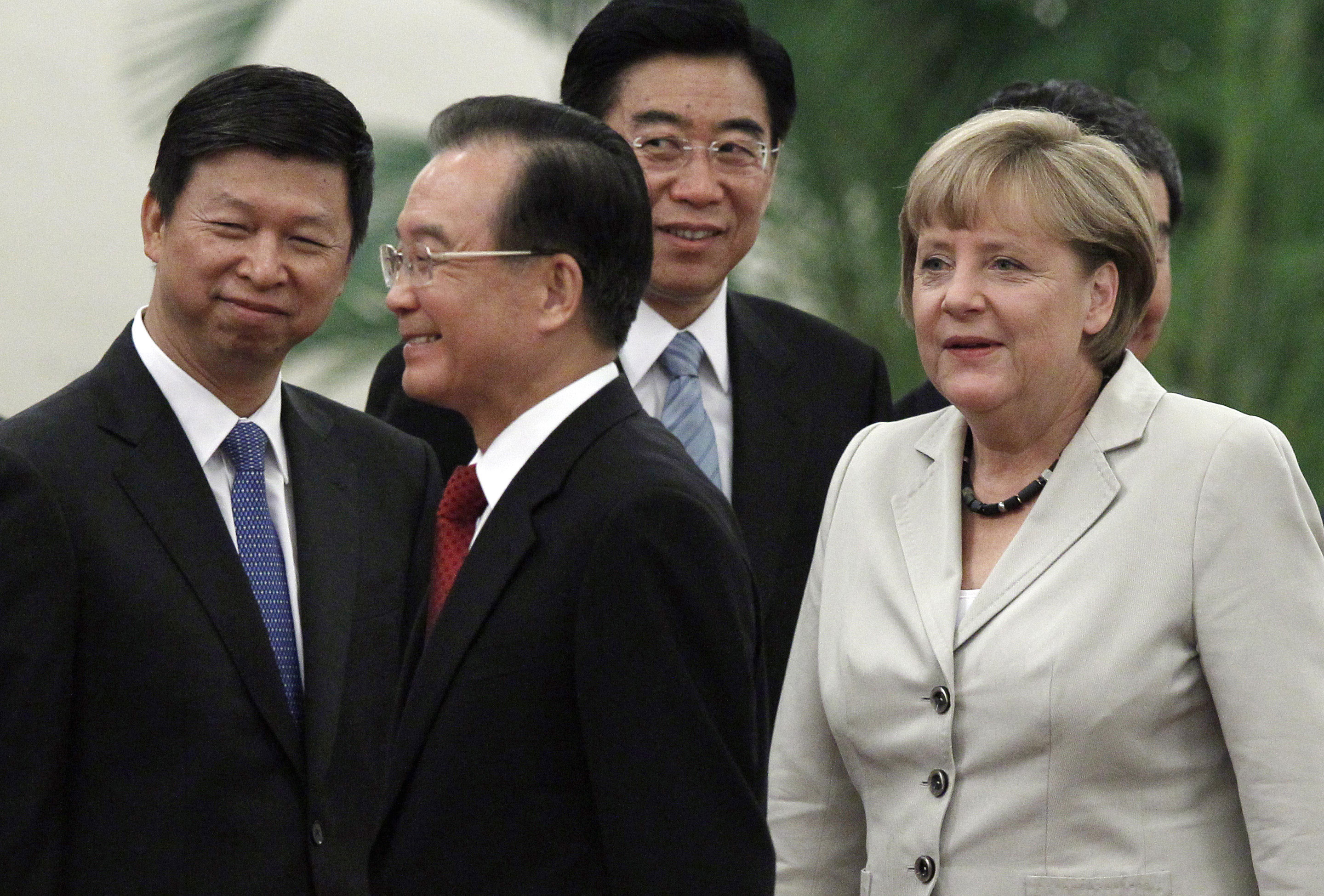 (MoneyWatch) Meetings between the leaders of Germany and China produced much high-level discussion of the troubled world economy, but no immediate plans for concrete remedies. After Thursday's talks in Beijing,  Chinese officials made it clear that Europe would have to take action before China offers more aid.

"The main worries are two-fold: First is whether Greece will leave the eurozone," Chinese Premier Wen Jiabao said after meeting German Chancellor Angela Merkel. "The second is whether Italy and Spain will take comprehensive rescue measures. Resolving these two problems rests with whether Greece, Spain, Italy and other countries have the determination for reform."

Wen did note that China is conditionally "to continue to invest in the eurozone sovereign debt market." But he stopped short of concrete pledges to intervene and said that any move by Chin to purchase the bonds of eurozone members would require "fully evaluating risk."

Several times during the debt crisis, European Union leaders have tried to reassure investors by saying that China is prepared to invest in the region's ailing economies by purchasing government debt. The hope is that Beijing would do this to protect its own economy, as Europe's problems have eroded demand in China's second-largest export market. That has contributed to China's own economic slowdown. To date, however, Chinese leaders have so far not been swayed by this argument. Merkel is just the latest of many European leaders to have gone to China seeking help, or at least firm promises to offer it, only to come away empty-handed.

Instead, Chinese officials only reiterated a general commitment to offer aid. After his meeting with Merkel, Chinese President Hu Jintao said his nation supports Europe's efforts to overcome the debt crisis and is ready to maintain "communication and coordination" to promote recovery and growth in the world economy.

Perhaps in an attempt to curry favor, Merkel said Germany will not support rushed trade action against Chinese solar-panel makers, who have been accused of hurting American and other rivals by dumping their goods in the U.S. and Europe. "Protectionism cannot be the answer to [our] problems. We all depend on free trade," she said. "We will try to solve the problems we have, for example in the solar industry, through talks."

Merkel said she would tell the European Commission not to impose anti-dumping measures on Chinese manufacturers. Her position is at odds with that of Karel De Gucht, the EU trade commissioner, who wants to put more pressure on Beijing over what he contends are illegal subsidies to its exporters. China is already in trouble with the U.S. over solar panels. The Commerce Department has imposed preliminary anti-dumping and anti-subsidy tariffs on Chinese solar panels totaling over 33 percent, though they are subject to further review.