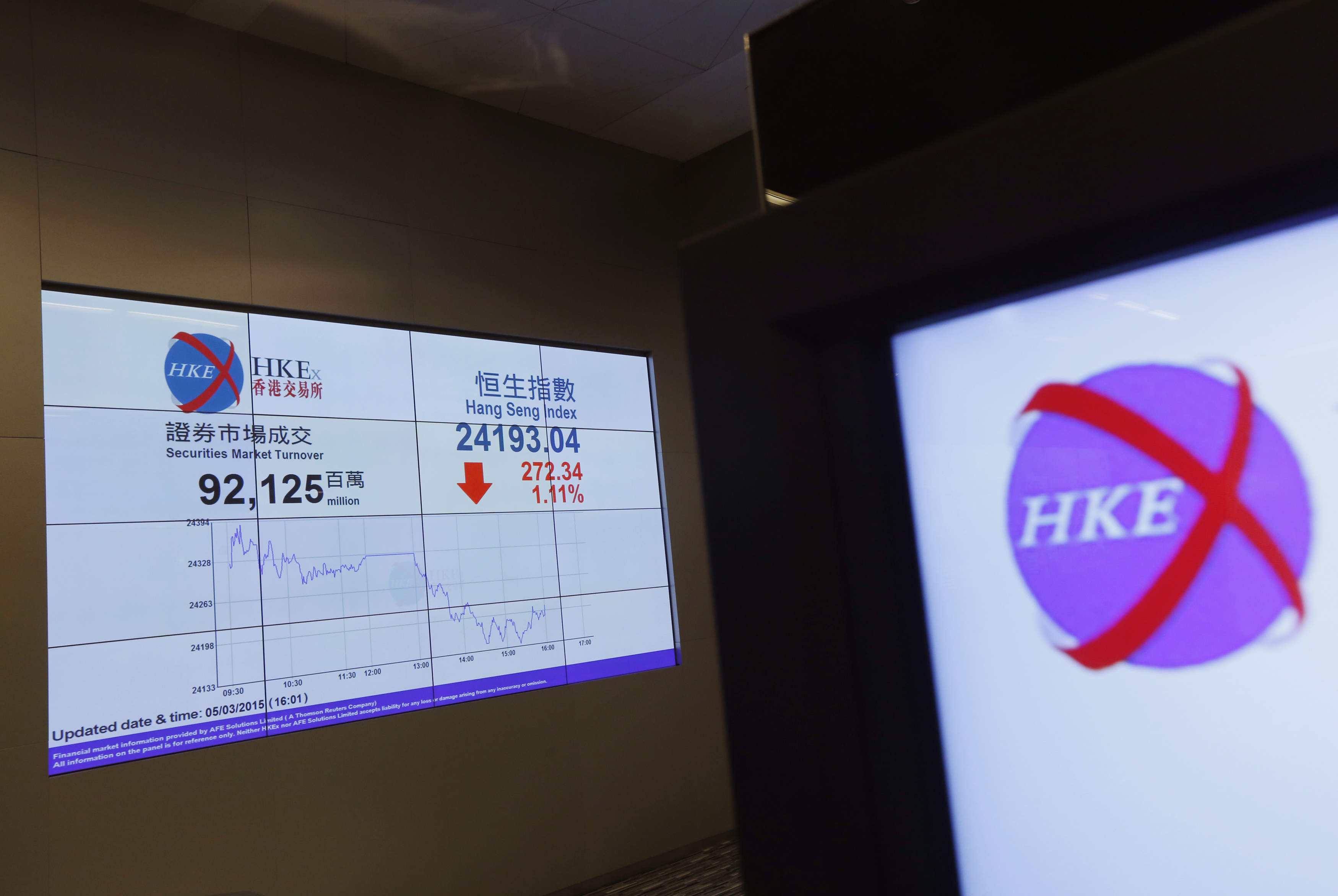 The communist leaders of the world's second-biggest economy announced an official growth target of about 7 percent, down from 7.5 percent last year. Premier Li Keqiang said in a report to China's ceremonial national legislature that the goal was part of overall efforts to create a "moderately prosperous society," though he added that maintaining stable growth would be more difficult. The new official benchmark comes after China's economy expanded 7.4 percent in 2014, its slowest pace in nearly a quarter century.

Analysts said markets had mostly factored the new GDP growth target into prices but the news would still affect Asian trading. The target is "an enviable number no doubt for most major economies," said Nicholas Teo at CMC Markets in Singapore. But "from a domestic point of view, if I were a small business owner in China, 7 percent growth feels almost like a recession if I've been enjoying double digit numbers the last five years."

Hong Kong's Hang Seng fell 1.1 percent to 24,193.04 and the Shanghai Composite Index in mainland China lost 1 percent to 3,248.48. The S&P/ASX 200 in Australia, where commodity producers are highly dependent on Chinese demand, spent most of the day in the red and ended practically unchanged at 5,904.20. Indexes in Singapore, Taiwan and New Zealand also dropped. Other major Asian benchmarks had anemic gains, with Japan's Nikkei 225 up 0.3 percent to 18,751.84. South Korea's Kospi ended flat 1,998.38

Investors will be watching for any news from the European Central Bank's regular meeting, held this week in Cyprus. ECB President Mario Draghi is scheduled to brief reporters and may give more details on its 1 trillion euro stimulus program aimed at reviving the continent's stagnant economies. Many details have already emerged but investors will be looking for word on how the stimulus will work over the coming months, including when sovereign debt purchases will get underway.

Benchmark U.S. crude rose 23 cents to $51.76 a barrel in electronic trading on the New York Mercantile Exchange. The contract rose $1.01 to settle at $51.53 a barrel on Wednesday. Brent crude, the international benchmark, was up 36 cents to $60.93 in London.