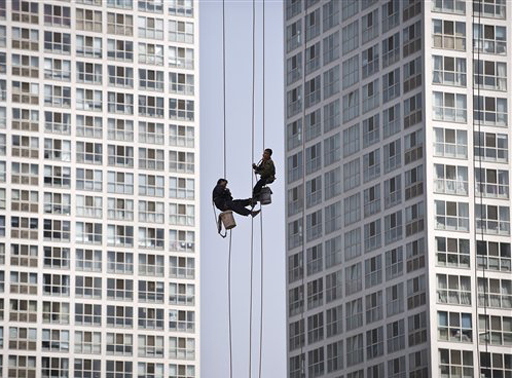 China has "in fact" overtaken Japan as the world's second-largest economy, according to Yi Gang, China's top currency regulator. Yi, the director of the State Administration of Foreign Exchange and the deputy governor of China's central bank, the People's Bank of China, made the claim near the end of an interview posted on SAFE's Web site (Chinese).

Asked whether China's economy will falter, Yi said no, claiming "China, in fact, is now already the world's second-largest economy," although he didn't back it up with any data. What he wanted to make clear was that as China's status rises, a gradual slowdown is inevitable - its GDP can't keep ballooning 9 or 10 percent every decade.

Projections by the World Bank have shown that China is on course to overtake the U.S. as the number one economy of the world sometime around 2025, and it was already widely known that it came close to surpassing Japan in 2009. What Yi put into perspective was that China's economy has grown 9.5 percent in the past 30 years, and even if it tires to 7 or 8 percent in the next decade, and 5 or 6 percent the decade after that, it would still have achieved 50 years of boom, which he calls "unprecedented in human history."

The big question is whether China's climb can be sustained, with an equally unprecedented demand on the environment. And no one knows what will happen when China's yuan becomes a truly global currency. "Don't think that since people are talking about it, the yuan is close to becoming a reserve currency," Yi said. "Actually, it's still far from that."