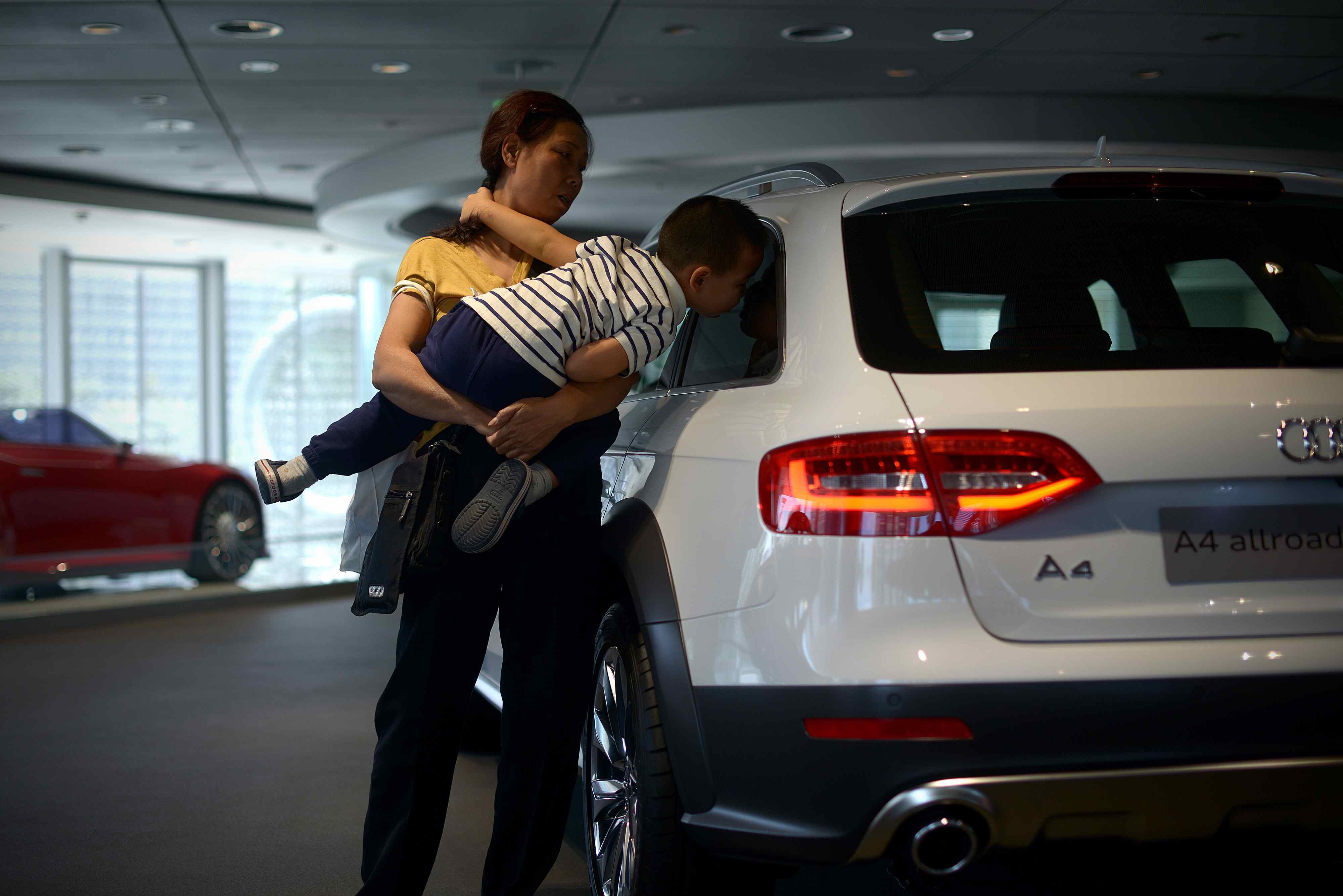 Car sales surged in the U.S. last year, as the automotive industry came roaring back from the dark days of the recession. But the 15.6 million vehicles sold in America last year still lags behind China, which in 2013 reportedly became the first country to sell more than 20 million.

The China Association of Automobile Manufacturers says those 2013 sales figures are a 14 percent increase over 2012's data. And a new report from IHS Automotive expects passenger vehicle sales in the People's Republic to rise further in 2014, as global and domestic automakers vie for the lucrative national market.

According to IHS, sedans saw the largest growth by volume in China last year, reaching 7.3 million units and accounting for nearly 47 percent of the nation's passenger vehicle market.

The top-selling passenger vehicle in China last year was the Ford (F) Focus, with sales of nearly 403,000 units, up 36.2 percent year-to-year. The next best-selling model was the Volkswagen Lavida, followed by the Buick Excelle, produced by General Motors (GM).

But Volkswagen claims the title of top brand in China by volume sales last year. IHS says the German automaker sold nearly 2.4 million units in China in 2013, up 16.9 percent from a year ago. South Korea's Hyundai was next in sales, followed by Japanese automakers Toyota (TM) and Nissan, with GM in fifth position.

And the carmakers expect even more growth. The website China Briefing, which focuses on business information from the People's Republic, reports that car ownership remains relatively low in China, with about 120 million cars in a country of 1.4 billion people – or less than 100 cars for every 1,000 persons.

Compare that to the U.S., which according to some estimates about 800 vehicles for every 1,000 persons, although other reports say that number is actually much higher.

“For those working in the auto industry, the only country they should know where sales are still robust is China,” Hubertus Troska, president of Daimler China, told China Briefing.

IHS Automotive says international automakers are creating models specifically for the China market. And Japanese companies such as Toyota, Honda (HMC) and Nissan are making a concentrated push to capture more of the Chinese auto market by expanding their brands and increasing market penetration.

Despite this push, there may be one thing that can kill Chinese consumers' new love affair with cars -- the nation's growing air pollution problem.

“In recent years... cars have become so popular that they are evolving from aspirational symbols of the good life to a daily necessity,” Shanghai Daily editor Wan Lixin wrote in a recent column published by the state-run Xinhua news agency.

But Wan also criticized recent attempts by some Chinese officials to downplay the significance of auto emissions in China's growing air pollution crisis.

“Given China’s importance to major carmakers and Chinese dependence on cars,” he added, “any proposal to discourage car use, if broached at all, must be tactfully watered down so as not to incur bad feelings.”

“This latest attempt at whitewashing cars came at a time of wholesale environmental degradation, particularly damning in the form of pervasive smog,” Wan continued. “There is a crying need for prompt and collective action in addressing the issue.”