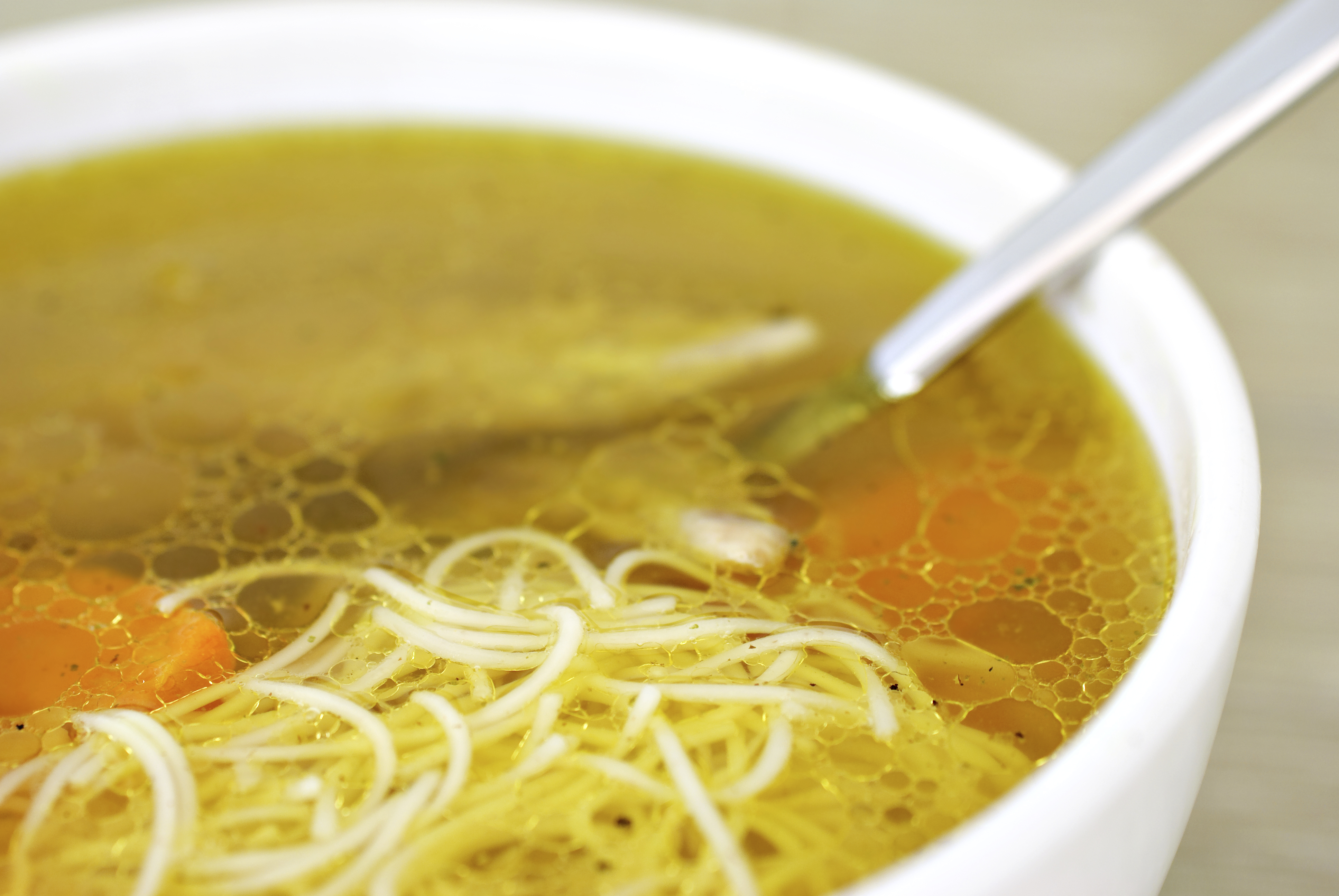 When you feel the achy, stuffy onset of a cold or flu, what's the first meal you grab to help yourself feel better?

If it's a bowl of steaming hot chicken soup, you're definitely not alone.

According to a recent national analysis from ZocDoc, a digital service that allows users to find doctors and book appointments online, and the online food ordering service GrubHub, when Americans are sick, they seek the comfort of soup.

A data crunch found that when ZocDoc had its largest spikes in cold and flu-related appointment bookings in 2014 and 2015 -- about 15 percent above its weekly average -- GrubHub also saw a 22 percent uptick in soup orders over the same time period.

Additionally, mentions of having a sore throat, being sick or having the flu are 283 percent more likely to appear in delivery instructions of orders containing soups than orders without.

But other than the insistence from well-meaning mothers everywhere, where does this advice to slurp a hot bowl of chicken soup when we're feeling under the weather come from?

According to the National Institutes of Health, the idea of hot soup as a cold remedy has been around since at least the 12th century and may really help ease the symptoms.

Dr. Keri Peterson, an internist at Lenox Hill Hospital and Mount Sinai Medical Center in New York City who is affiliated with ZocDoc, explained that soup can help open up congested sinuses.

"All liquid broth soups will speed up the movement of mucous in your nose simply because it's a hot fluid and that causes dilation of blood vessels which causes increased blood flow and allows the mucous to flush everything out. And that will help alleviate congestion," she told CBS News.

Soups are also hydrating, which is particularly important when fighting off an infection. "Clear broth soups are hydrating because they typically contain not only water but also salt and so those two together are good properties for hydration," Peterson said.

Incidentally, chicken noodle and chicken rice soup were among the top 10 soups ordered in the ZocDoc/GrubHub analysis.

"Overall, fruits and vegetables are known to have anti-inflammatory properties because many of them contain beta-carotene, as well as vitamin C," she said.

While soup won't actually cure a cold or flu, these benefits make it a good choice when you're feeling less than your best.

What else can help?

Peterson said getting in to see your doctor when you are symptomatic is important. And when it comes to over-the-counter medication, she suggests targeting specific symptoms instead of opting for a one-size-fits-all approach. "You don't necessarily need a multi-symptom pill that targets everything because it may have extra medicine you don't need," she said.

For example, if you have a sore throat, she recommends a salt water rinse -- which kills germs, dries out mucous, and flushes out nasal passages -- and taking an over-the-counter pain reliever like Advil or Tylenol. A runny nose would call for a decongestant like pseudoephedrine, and for a cough, a suppressant like dextromethorphan would be the best bet.

Finally, she emphasized that the flu and common colds are viral infections and cannot be treated with antibiotics.

Other steps, including drinking liquids to stay hydrated, frequent hand washing, and getting plenty of rest, can help speed up recovery.