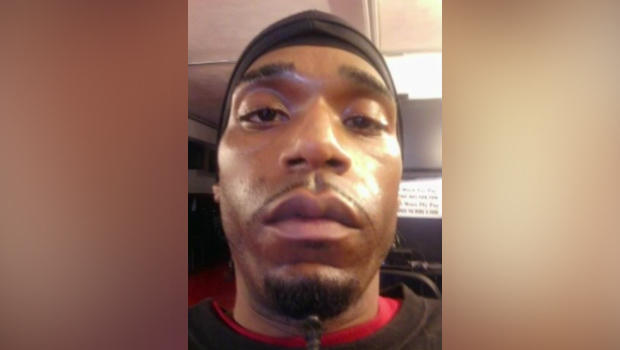 CHICAGO -- A community activist who has pushed for more police transparency said Monday that he's asked Chicago police for the body camera footage from all the officers at the scene where one of them fatally shot a black man over the weekend.

William Calloway said a brief video released by police showing the view from one officer's body camera does not answer crucial questions, starting with the reasons the officers approached 37-year-old Harith Augustus on Saturday afternoon just before he was shot. Calloway also said that a police spokesman's explanation that the Augustus was "exhibiting characteristics of an armed person" does not justify stopping someone in a city and state where it is legal to carry a concealed weapon.

Police Superintendent Eddie Johnson said Sunday that detectives have found no documentation that Augustus had a concealed carry permit, but Calloway said there is no way officers at the scene could have known that when they approached him.

A department spokesman, Tom Ahern, said officers have the right to pat a person down on the street if they are concerned about their own safety.

"If they feel someone is acting suspiciously or they see a bulge under their shirt, if the person is evasive or refuses to answer questions, they can do a protective pat down," he said, adding that the officer must be able to "articulate why they have a reasonable suspicion" that a person could pose a threat.

"They can't start digging through their pockets... but they can pat down the outside of their clothes."

The station reports unrelated violence broke out before the protest began. About 45 minutes before the protest, violence struck only one block away. Police secured the scene at 70thand Jeffrey, as two shooting victims were taken away by ambulance. The shooting happened only feet from the memorial for a barber who demonstrators were marching for.

The video released by police did not include sound so it is impossible to hear what was said by either Augustus or any of the four officers at the scene. It shows one of the officers trying to grab the arm of Augustus, who spins and runs away with a clearly visible holstered gun on his hip.

"He was having a civil conversation with the black cop at first so we need to know what he and that officer were saying," Calloway said. "There needs to be (footage) from four police officers with audio."

Ahern said the department would not release any more video and any decision to do so would have to be made by the agency that investigates such incidents, the Civilian Office of Police Accountability (COPA). In a written statement, COPA said that releasing all the video now "may jeopardize the integrity of our investigation," but that the video would be released no later than 60 days from the date of the incident.

At a news conference Sunday to announce the release of the 51-second video, Johnson said the way the technology works is that there is a "30-second buffer period" without audio before the sound is activated. It is unclear why there is no sound throughout the entire video.

After the shooting Saturday evening, tensions rose quickly, CBS Chicago reported. Dozens of people showed up, and at some point the officers had to push the crowd back.

"We're pissed off; we're tired," community activist William Calloway said on Sunday the day after the shooting and standoff with officers. "You're killing us!"

"Our voice is not gonna be silenced."

Calloway demanded the police release the video of the shooting immediately.

Calloway was instrumental in a legal battle that ultimately led a judge in 2015 to order the release of dash cam video showing the 2014 shooting of teenager Laquan McDonald. The release of that video of Officer Jason Van Dyke shooting the teen 16 times, sparked massive protests, cost then-Police Superintendent Garry McCarthy his job and prompted various federal and local investigations. Van Dyke is awaiting trial on first-degree murder charges.

Calloway said he will sue the city if it does not release the other videos.

Johnson said Sunday that release of the video one day after the shooting was the quickest he had ever ordered such a disclosure. He said that he did so to avoid a repeat of the clashes between angry residents and police that took place Saturday night. Protesters threw rocks and bottles -- some filled with urine -- at police and officers responded by hitting some demonstrators with their batons.

After release of the shooting video, protests on Sunday evening were peaceful. But the community remains tense and a "demonstration against the police murder of Harith Augustus" organized by a group called the Chicago Alliance Against Racism and Political Repression was scheduled for Monday evening at the scene of the shooting.