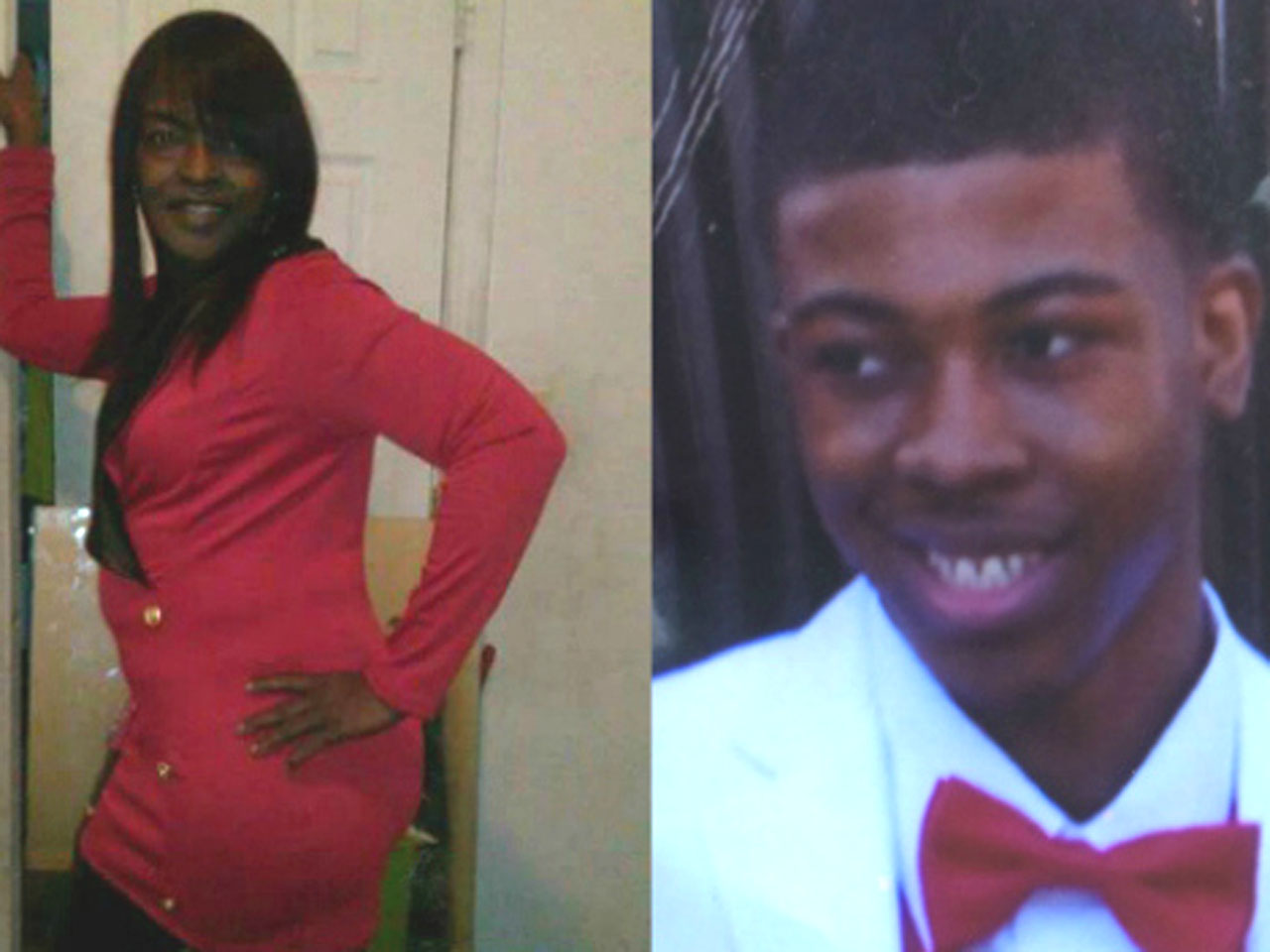 Relatives said Bettie Jones lived downstairs from Quintonio LeGrier, the 19-year-old subject of the initial call to police, who also was killed by the officer.

Officers who responded to the call "were confronted by a combative subject resulting in the discharging of the officer's weapon," the Chicago Police Department said in a brief statement.

"The 55-year-old female victim was accidentally struck and tragically killed," reads the statement, which extends "deepest condolences to the victim's family and friends."

The families of the victims are accusing the police of overreacting.

The Cook County medical examiner identified the man killed as 19-year-old Quintonio Legrier and the woman as 55-year-old Bettie Jones. Both victims were black and from Chicago. Jones was described by her family as a mother of five.

Chicago Mayor Rahm Emanuel has issued a statement on the fatal police shooting.

In the statement on the early morning shooting issued late Saturday by the mayor, Emanuel says that "anytime an officer uses force the public deserves answers, and regardless of the circumstances, we all grieve anytime there is a loss of life in our city."

Police did not disclose the race of the officer or release the officer's current work status.

The Chicago Police Department said in a statement that the shootings happened around 4:25 a.m. Saturday after officers who responded to the call "were confronted by a combative subject."

Legrier's mother, Janet Cooksey, who was not present at the time of the shooting, told the Chicago Tribune that her son had been dealing with mental issues, but said police didn't have to react the way they did.

"We're thinking the police are going to service us, take him to the hospital. They took his life," she said.

"If you are a police officer, you are supposed to be trained for situations," she said, according to CBS station WBBM. "Seven bullets were put in my son. Seven."

Jones, a neighbor of Legrier, lived in a first-floor apartment with her boyfriend. Jones' daughter said she was shot while opening the door, WBBM reports. Her brother, Melvin Jones, told the Chicago Tribune that more than a dozen family members celebrated Christmas with Jones on Friday. Jones said his sister "had an excellent Christmas."

"There are so many questions and no answers," Melvin Jones said. "I'm numb right now. Right now there's a whole lot of anger, a whole lot of tears. ... I don't have time to feel. I have a funeral to prepare."

Cooksey told the Chicago Tribune that Legrier was studying studying engineering at Northern Illinois University and "was going somewhere."

It is not clear from the police statement if either Legrier or Jones were armed or if there are any video recordings of the incident.

Jones' daughter, Latisha Jones, told the Sun-Times she woke up when she heard gunshots. She said she walked to the front door and saw her mother bleeding on the ground.

Police said the shooting is under investigation and the case has been referred to the city's main police oversight agency.

Independent Police Review Authority spokesman Larry Merritt confirmed Saturday that the agency was investigating an officer-involved shooting but had no further information.

Cooksey said she wants a personal apology from Mayor Rahm Emanuel for what happened to her only child.

"Are we gonna get protected or is the police just gonna keep taking lives?" Cooksey said. "I mean, whose gonna answer these questions?"

Emanuel's office didn't immediately respond to a request for comment from the AP.

The Chicago Police Department is the subject of a federal civil rights investigation, which came after the release of a video showing a white officer shooting Laquan McDonald, a black teenager, 16 times in 2014.

Officer Jason Van Dyke has been charged with first-degree murder in the McDonald case, which generated protests throughout the city, resulted in the firing of Police Superintendent Garry McCarthy and has spurred calls for Mayor Rahm Emanuel to step down.