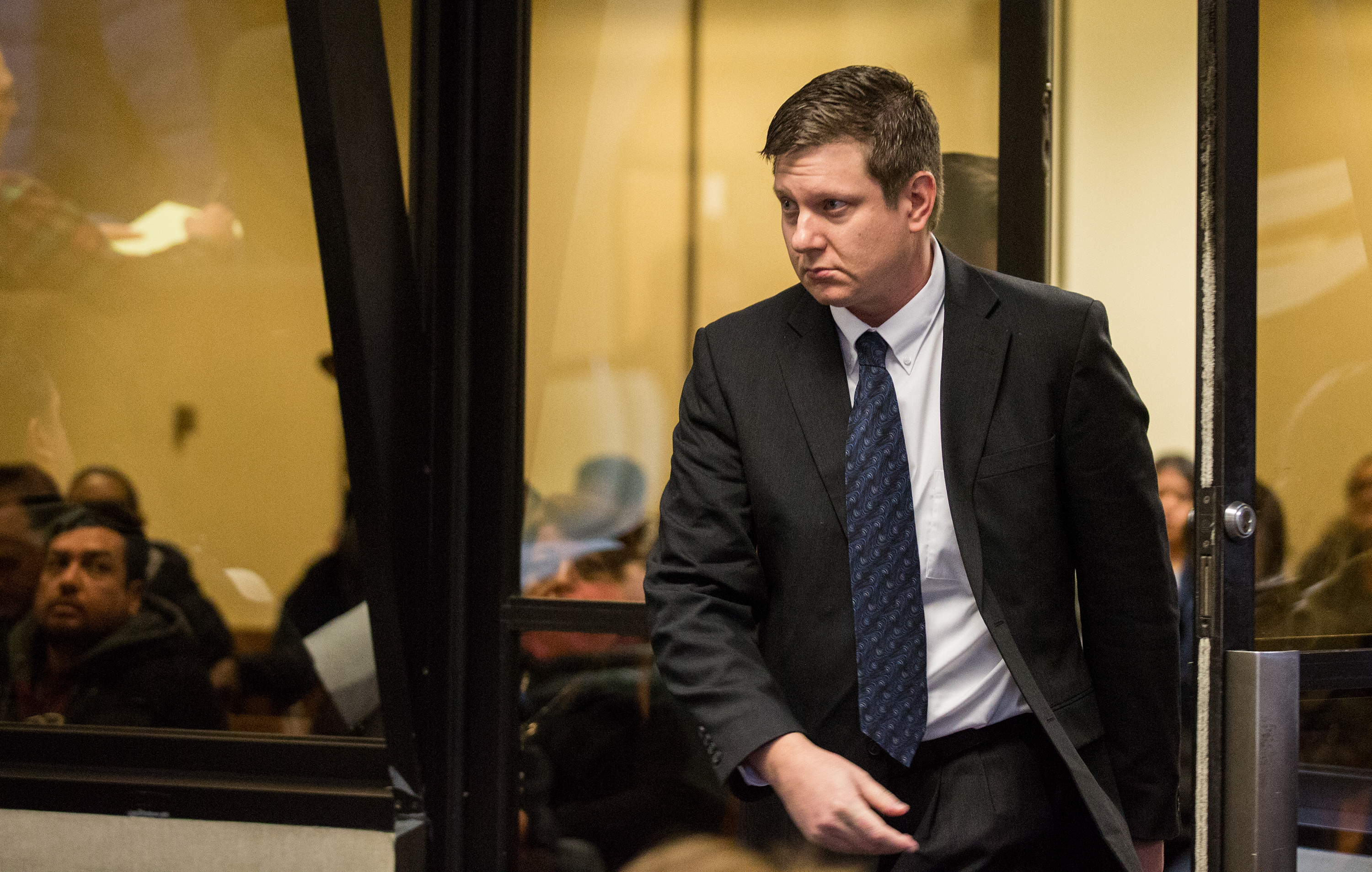 CHICAGO -- An attorney for a white Chicago policeman charged with murder in the shooting death of a black teenager said Friday he will seek a change of venue, arguing that comments Mayor Rahm Emanuel made jeopardize his client's chances of a fair trial.

Jason Van Dyke appeared at a preliminary court hearing Friday for the first time since a grand jury indicted him earlier this week. He faces six counts of first-degree murder and one of official misconduct in the 2014 shooting death of 17-year-old Laquan McDonald. The judge scheduled his arraignment for Dec. 29.

Release of a video showing Van Dyke shooting McDonald 16 times has triggered persistent protests, forced the resignation of the city's police chief and put the entire Police Department under a wide-ranging civil rights investigation by the U.S. Department of Justice. A few people confronted Van Dyke as he left the court Friday, shouting profanities and pounding on the black pickup truck in which he departed.

Defense attorney Dan Herbert told reporters at the courthouse that he intends to seek a change of venue because of remarks Emanuel has made in several public appearances. He did not say when he would make the request.

"The mayor has continued to indict my client in the press and before the City Council for the last couple of weeks," Herbert told The Associated Press before the hearing. "So I imagine when I bring motion for change of venue, Exhibit A will be all the mayor's comments."

Teacher suspended after calling George Floyd a "criminal" in class

The mayor has faced calls to resign from protesters who accuse City Hall, the police and the state's attorney of a cover-up because the city fought for months to keep the video from being released under the argument that doing so would hinder the investigation into the shooting. At the end of November, a judge ordered the city to make the images public.

During a Nov. 24 news conference to release the video, Emanuel mentioned the officer by name and said it was clear his actions were wrong.

"We hold our police officers to a high standard and obviously in this case, Jason Van Dyke violated both the standards of professionalism that come with being a police officer but also basic moral standards that bind our community together," Emanuel said.

"I understand the mayor has a job to do, but quite frankly I was upset that the comments continued to go on and on and on," Herbert said, according to WBBM. "The outrage in this case by the mayor seems to be a little bit selective, in my opinion. The outrage seems to have been fueled by the media, and the public's outcry. There are equally egregious things going on where we don't have any outcry."

Herbert has said Van Dyke feared for his life and the lives of his fellow officers, and the video of the incident doesn't tell the whole story. While several officers who were at the scene when McDonald was shot reported he was aggressively swinging a knife at Van Dyke, video of the shooting shows the teen walking away from police when he was shot.

Community activists have called for the appointment of a special prosecutor, arguing that the 13 months it took Cook County State's Attorney Anita Alvarez to announce charges has led to a lack of confidence in her handling of the case. Alvarez has responded that any investigation into a police shooting is "highly complex" and presents unique legal issues.

Van Dyke's attorney said he didn't think a special prosecutor was necessary but that if the venue is moved there might be a different prosecutor.

Without specifying where he wanted to see the trial moved, Herbert told reporters he would "have to find a county that is outside the reach of the mayor's comments."

A relative of the slain teen said the family is also concerned about the prospects for a fair trial, but for a different reason. The Rev. Marvin Hunter, McDonald's great uncle, told WBBM that the family has little confidence in the county court system and is asking for federal oversight to ensure fair proceedings.

"We feel that we have the police policing the police, and we would like for some federal oversight, so that we feel that we can at least get a fair trial for our family member," he said.

Change-of-venue motions are unusual and rarely granted. It has happened in some high-profile trials of police officers.

Perhaps the most well-known case, from the early 1990s, involved the four white officers charged with beating, kicking and stomping black motorist Rodney King. The trial was moved out of Los Angeles to Simi Valley, a predominantly white city in a neighboring county, where the four officers were acquitted of most of the charges, setting off rioting that left 54 people dead.

Van Dyke's attorney would have to convince a judge the officer could not be granted a fair trial in Chicago. But that might be tough in this instance, said Ronald Allen, a professor at Northwestern University's law school.

"In a big city like Chicago, where you have a large jury pool, the probability is pretty good that you can seat an unbiased jury," Allen said.

He also doubted that statements from Emanuel could prompt a change of venue.

"What is said has to be something that stirs passions," said Allen, adding that many people may not even have heard what the mayor said.